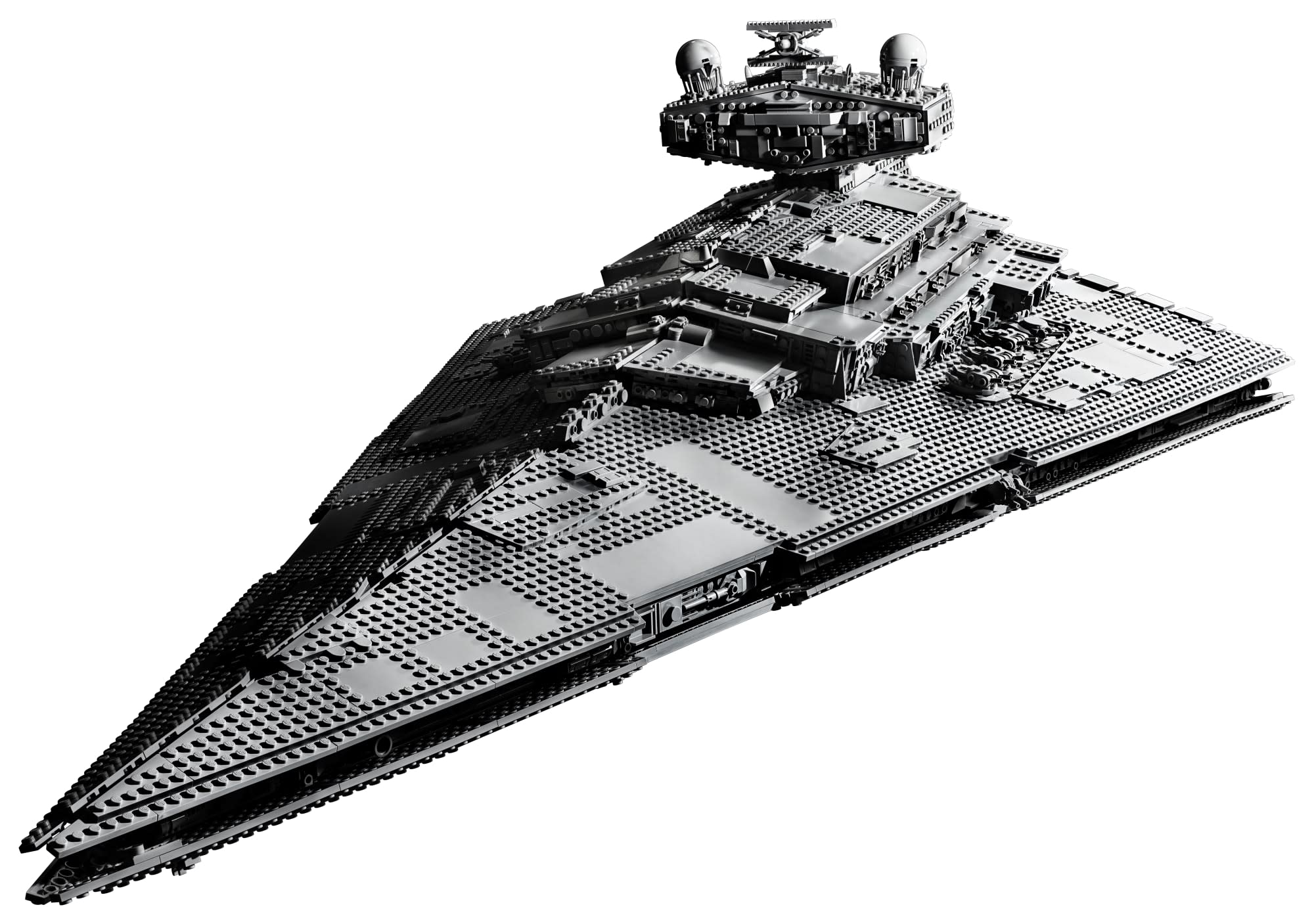 This magnificent specimen is all your childhood dreams come true: a 43-inch long Imperial Star Destroyer made from Lego. The new 4,700-piece Lego creation is the largest Star Wars-themed set to date and will let you finally recreate the epic opening scene of A New Hope in your living room.

The Devastator set has tons of details from the movie, including swiveling guns, a tilting radar disk, huge engine exhausts and intricate surface detailing. It also comes with a scale version of the Tantive IV ship used by Leia to try and escape with the plans for the Death Star, which can be built separately and attached to the main model so you can relive the Rebel ship being captured by the Empire.

There are also some all-important underlings for you to boss around, as the set comes with imperial officer and imperial crewmember minifigures, plus two blaster pistols. If you want to show off your 17-inch high, 26-inch wide creation once it's built, it comes with a display stand with an informational plaque.

In this article: entertainment, home, lego, star wars, toys
All products recommended by Engadget are selected by our editorial team, independent of our parent company. Some of our stories include affiliate links. If you buy something through one of these links, we may earn an affiliate commission.