The included diagram seemingly confirms everything we've heard about the device.

It looks like those reports that Google's Nest-branded Home Mini successor will feature a wall mount and auxiliary audio jack are accurate. A new FCC filing, first spotted by 9 to 5 Google, seemingly confirms everything we've heard about the Nest Mini's feature set.

Included in the filing is a diagram (pictured above) that shows the bottom of the upcoming device. The diagram clearly depicts the wall mount -- in this case, a simple hole and screw affair -- and an additional cutout on the outside rim of the speaker. We can't say for sure, but the added cutout is likely the headphone jack mentioned in previous reports. Additionally, the diagram shows Google may print a setup code on the bottom of the device. As 9 to 5 notes, setup codes are something we're used to seeing on Nest products but not necessarily on Google Home devices. 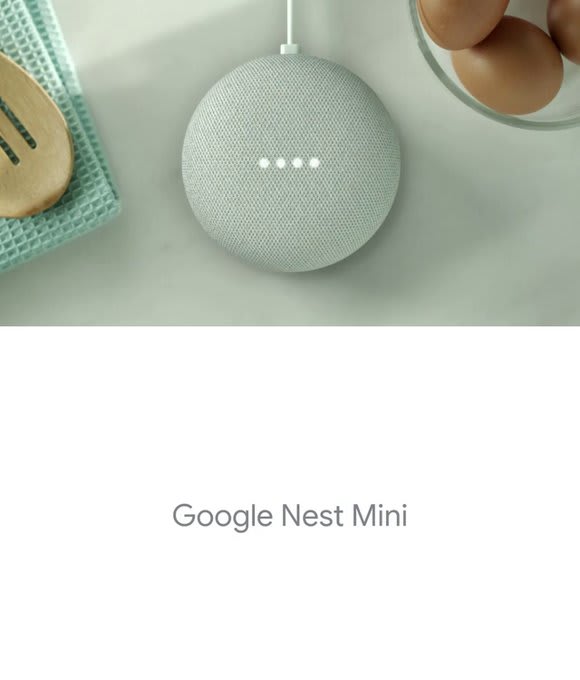 Alongside the FCC listing, perennial device leaker Evan Blass shared what may be our first look at the Nest Mini. In a private tweet, Blass posted what looks like an ad for the upcoming smart speaker. If what we're looking at is the Nest Mini (and not just the Home Mini), it, unsurprisingly, looks nearly identical to its predecessor. In a separate tweet, Blass suggests Google may hold its fall hardware event this year on October 15th. In which case, we'll see whether all the reports are accurate in just over a month.