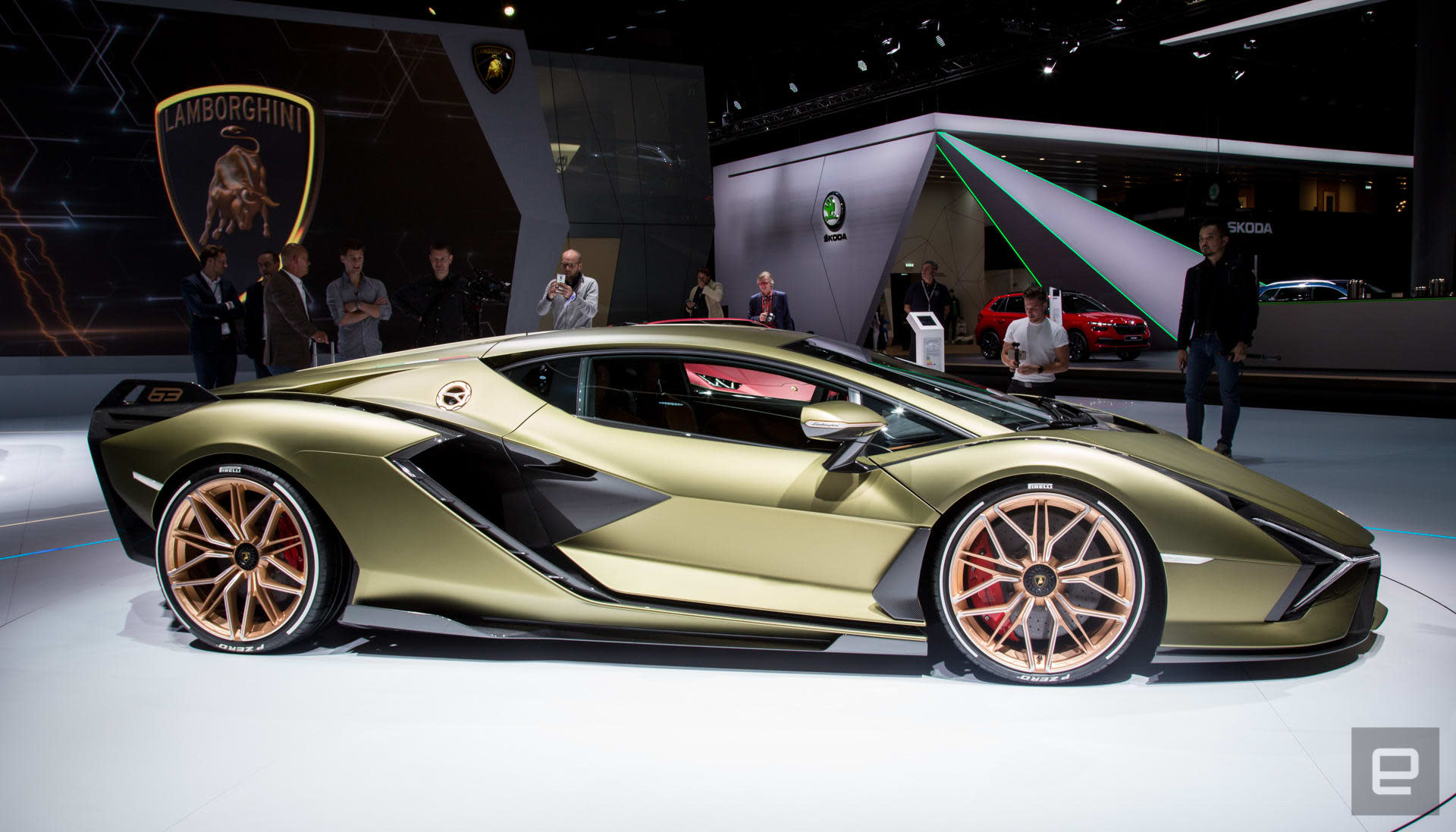 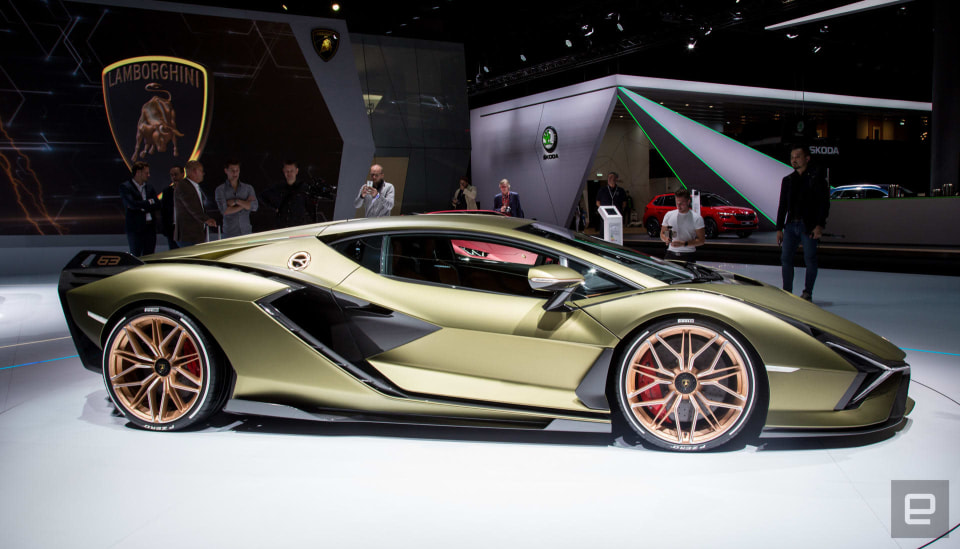 "We are a game-changer and a provocateur," Lamborghini's CTO, Maurizio Reggiani told Engadget. The automaker has a long history of making waves with traffic-stopping designs and more recently, innovative tech. At last week's Frankfurt Motor Show, the Italian company unveiled its Sian hybrid supercar. But it ditched the traditional battery pack in favor of a supercapacitor to power an electric motor, which is exactly what you would expect from the Italian company.

Typically a hybrid uses a lithium-ion battery pack to store energy. Then when needed, it transfers an electrical current to a motor (or motors) to either help the gas-powered engine or take over propulsion entirely. It's a recipe that has successfully improved gas mileage and sold over six millions of Toyota Prius. 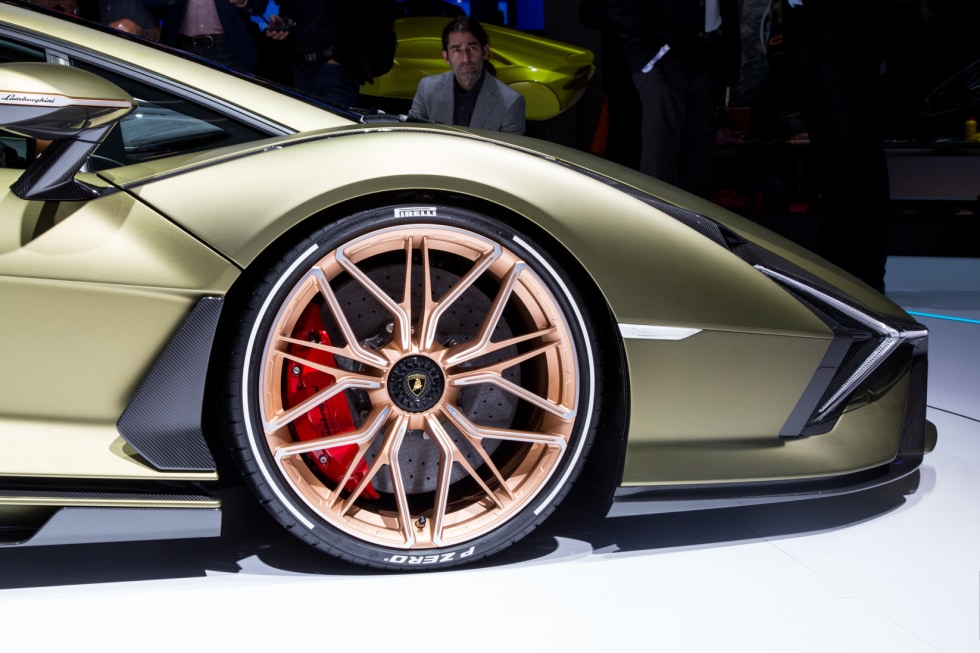 "It's too easy to follow," Reggiani said. "If you want to move for the first time in electrification you must guarantee that the implementation will not destroy the DNA of a car and brand." With that in mind, the automaker went with a supercapacitor instead of a battery.

According to Reggiani, the supercapacitor offers up three times the power of a battery pack from the same weight and packaging. Plus, it stores and discharges energy much quicker. The spent power can be fully regenerated very quickly during normal braking.

Reggiani explained that this could be particularly useful while cornering. Going into a corner, the driver applies the brakes and replenishes any spent energy. Then, as the driver accelerates out of the corner, all the available power is there for acceleration. Then as the driver brakes for the next curve, the process starts all over again.

Plus, the supercapacitor doesn't have to cool down like traditional battery, it's just ready to go at all times -- which is exactly what Lamborghini owners want.

The output of the 48volt motor installed into the gearbox is 34 horsepower which brings the total power output of the V12 Sian to 819 horsepower. While 34 horsepower doesn't seem like much, it means the vehicle can do zero to 62 miles per hour in under 2.8 seconds. That's Tesla Model S Performance and Porsche Taycan levels of fast.

But there are other benefits. The electric motor reduces the torque hits of the gears shifting. You know those momentary losses -- then explosions of power -- you feel in the car as it speeds up, that's the vehicle going through its gears. Lamborghini's hybrid system reduces those so it's a smooth transition up the driver's desired speed.

That results is additional traction over a traditional gas engine since the tires are not tasked with handling torque hits while accelerating. That means the contact patches (the part of the tires touching the road) are under less stress and the rubber is less likely to break free from the asphalt.

Reggiani said that the traction increase is 10 percent between gear shifts while going from first to fifth gear and a 20 percent increase between sixth and seventh gear. The byproduct is better grip while accelerating out of those corners thanks to the supercapacitor.

Reggiani does note that the supercapacitor, while great for the Lamborghini in terms of speed, isn't so hot for emissions or mileage. For that, he concedes that right now traditional battery packs are the way to go. 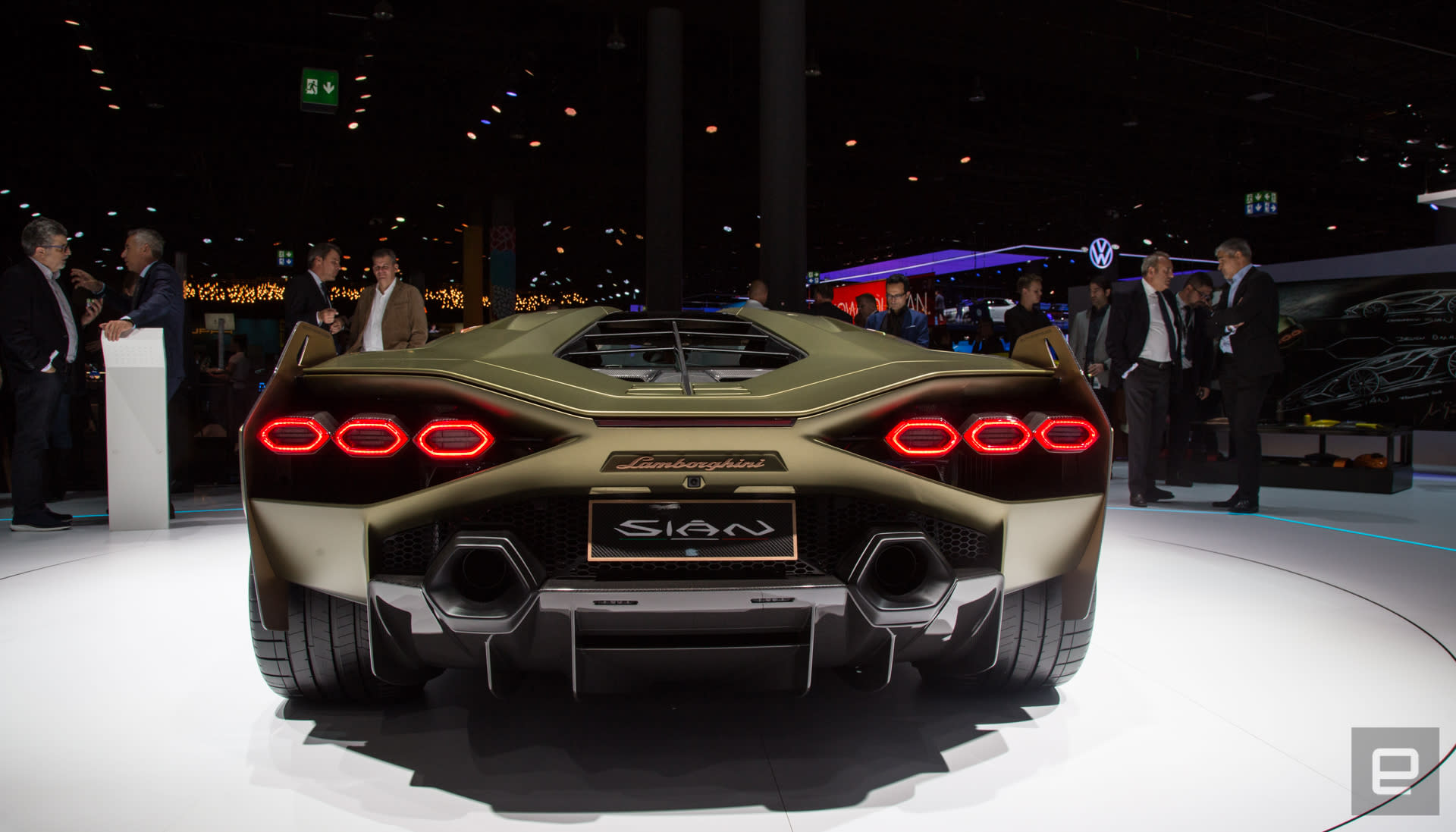 For now, the Sian hybrid is limited to 63 vehicles. So it's a very exclusive coming-out party for Lamborghini's electrification plans. Reggiani is ready to push the technological limits of cars while still staying true to the automaker's brand.

"It's important that from a technical point of view, we are able to prove that there are different possibilities. We can do something completely different where nobody investigated before. This is our way to be Lamborghini."

Lamborghini's nimbleness, willingness to experiment, and its dedicated (and very rich) fan base have given rise to a host of technologies that may or may not make its way into passenger vehicles the rest of us can afford. Other automakers need to create cars that'll sell hundreds of thousands and that limits their ability to explore new technologies on the road with actual customers. Today's supercar supercapacitor could find a home in tomorrow's pickup truck, towing a horse trailer. The research has to start somewhere, even in the car that looks like the Batmobile.

In this article: business, gadgetry, gadgets, gear, green, hybrid, lamborghini, lamborghini sian, sian, supercapacitor, tomorrow, transportation
All products recommended by Engadget are selected by our editorial team, independent of our parent company. Some of our stories include affiliate links. If you buy something through one of these links, we may earn an affiliate commission.