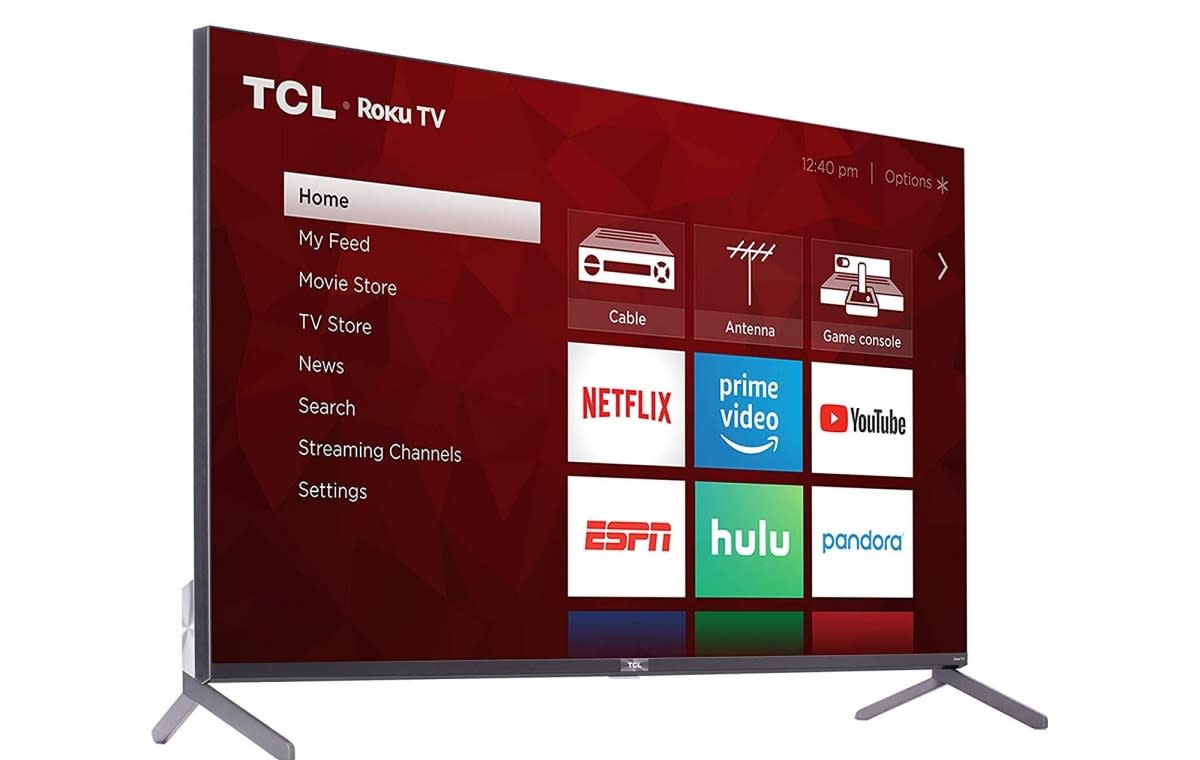 Over the last few years TCL has developed a reputation for releasing high-quality, low-price 4K TVs, with Roku's smart TV platform built-in as well as support for Dolby Vision HDR and Atmos audio. Its 2018 lineup garnered awards and recommendations from all over, and the 2019 model year TVs are ready to roll out.

TCL announced details on its new 6- and 8-series models last month, and now revealed that the mainstream 6-series 4K TVs are on sale. That includes a 55-inch model that starts at $599, which is $50 less than the same size last year, and a 65-inch version that carries over the $799 starting price from 2018.

This year, both sets of 6-series 4K televisions include quantum dot LED technology -- also used recently in Samsung and Vizio TVs -- to improve their color performance even further, and the 55-inch version has a few more local dimming LED zones than before. This year, its new TVs also support using an upcoming iPQ Engine Mobile app on iOS or Android to help calibrate colors more accurately. It will only work with certified devices, like iPhones or Google's Pixel phones to get the levels measured correctly, and (ideally) allow users to adjust their TV with a level of precision that's usually not possible without specialized tools.

They also are some of TCL's first with "Auto Game Mode" that automatically detects when you're playing on a console or PC and need to use low-latency mode. That feature is part of the HDMI 2.1 spec but TCL didn't say if this is the same as ALLM. Their remote includes voice control, plus the TVs are compatible with both Alexa and Google Assistant.

In this article: 4K, 55-inch, 55R625, 6-series, 65-inch, 65R625, 8-series, av, Dolby Vision, entertainment, gear, LCD, LED, QLED, quantum dot, Roku, TCL, thebuyersguide
All products recommended by Engadget are selected by our editorial team, independent of our parent company. Some of our stories include affiliate links. If you buy something through one of these links, we may earn an affiliate commission.