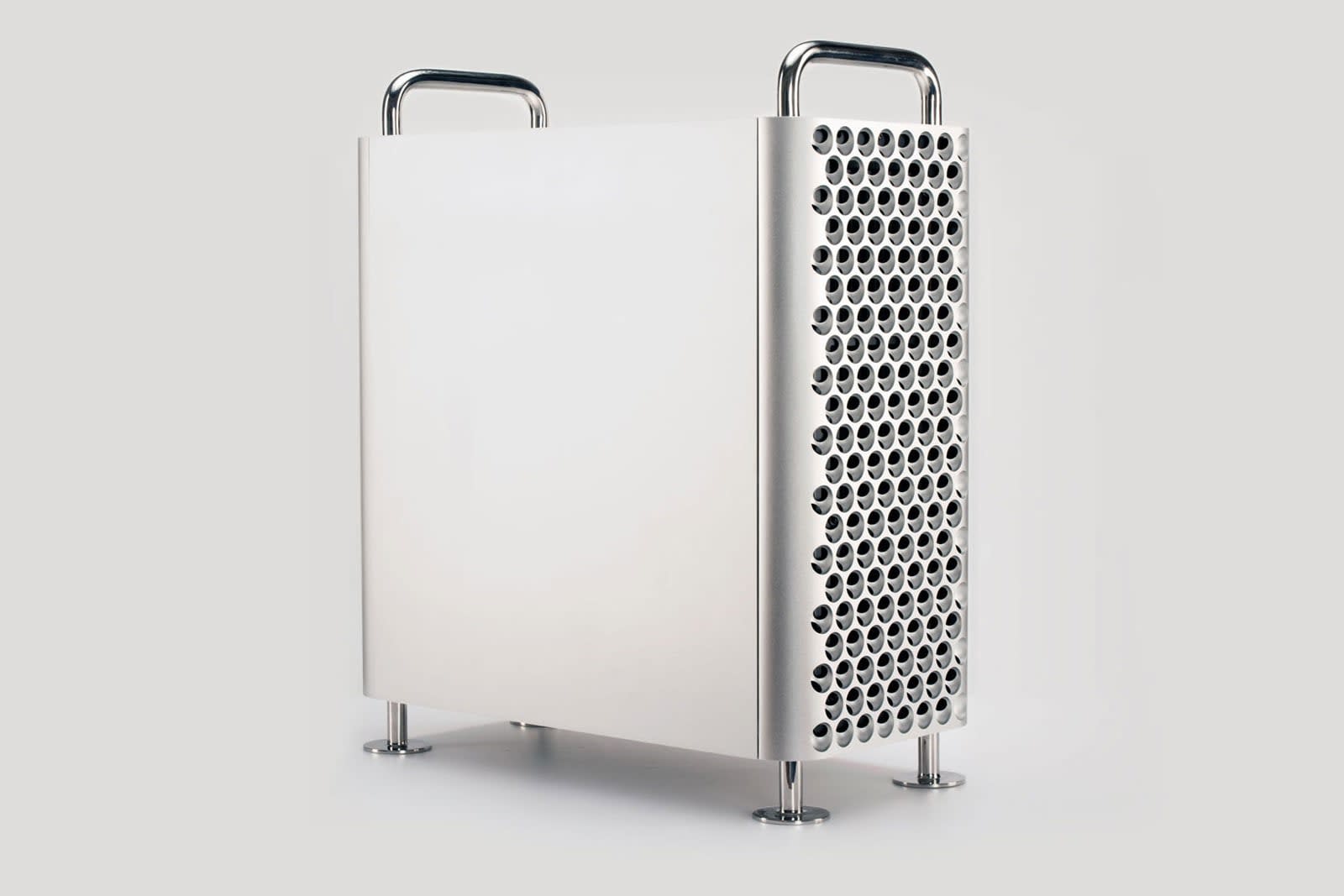 Do you like the look of Apple's redesigned Mac Pro, but would rather not drop $5,999 on a workstation just to have that cheese-grater-on-steroids casing? You might not have to. Dune Case is close to crowdfunding the Dune Pro, a standard PC case that unsubtly mimics Apple's airflow-centric design. On the outside, it's basically a Mac Pro without Apple's logo -- you'll need to buy a "Dice Y" sound dampening cover to get the full look, but the stainless steel frame and aluminum enclosure are uncannily similar. The main sacrifice is the use of a more conventional side panel instead of the real Mac Pro's pull-up cover.

It's on the inside where you'll see the more noticeable changes. The case will support motherboards ranging from mini ATX through to extended ATX, and it can accept video cards up to 380mm (15 inches) long -- you can stuff a GeForce RTX 2080 Ti inside if this will serve as a gaming rig. It also promises ample room for air or liquid cooling (up to a 360mm watercooling radiator), and the combination of five SSD trays with three hard drive trays means you won't be hurting for storage space.

The Dune Pro should reach Kickstarter on October 21st, with pricing and expected ship times expected by then. The looming question, of course, is whether or not it'll survive legal scrutiny. Dune already has another Apple-inspired enclosure in the works, the $199 Dune Case, but it's based on the 2013 Mac Pro and takes more creative liberties. The Dune Pro is a more... literal translation. Dune does say the Dice Y panel is "patent pending," though, so it appears to be at least somewhat aware of the potential for a court battle.

There's also the question of whether or not it'll arrive in a timely fashion, assuming the project goes according to plan. The earlier Dune Case is still characterized as a "beta" and isn't available for pre-order. You may be waiting a while to pull off that ultimate Hackintosh setup.

In this article: apple, case, computer, crowdfunding, desktop, dune case, dune pro, gear, kirf, mac pro, pc, personal computing, personalcomputing
All products recommended by Engadget are selected by our editorial team, independent of our parent company. Some of our stories include affiliate links. If you buy something through one of these links, we may earn an affiliate commission.