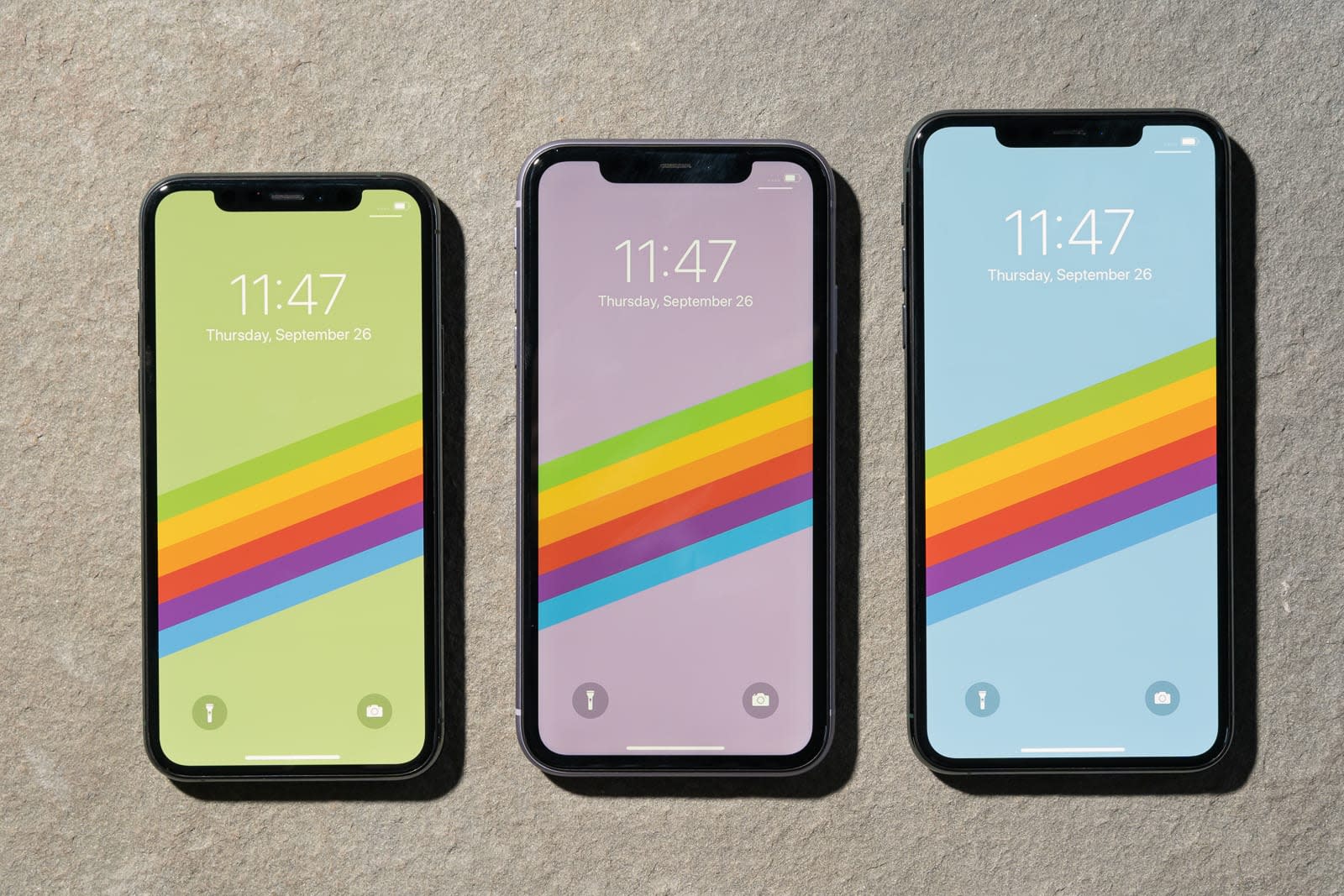 Black Friday 2019 is coming, and we're getting ready to bring you all the best deals on Wirecutter picks and recommendations from our expert staff. Bookmark our Deals page, follow @WirecutterDeals on Twitter, and sign up for our daily deals newsletter to see the best deals from around the Web on Black Friday—and every day.

I am an Apple superfan. I own an iPhone, a MacBook, and a graveyard of now-discontinued iPods that I hide away in a desk drawer. I think about splurging on an iPad often, and though I have no actual use for one, I've been dropping hints to anyone who will listen that I'd like an Apple Watch for Christmas.

As Black Friday approaches, it's only logical to assume that the steep discounts will extend to Apple products, giving you a chance to stock up on the newest gadgets. I know I was looking forward to it. Unfortunately, though, this isn't usually the case: Apple gear rarely experiences deep price drops, even during big deals holidays like Black Friday and Cyber Week (or the month leading up to them).

According to senior staff writer Nick Guy, who's spent years covering Apple products for Wirecutter, finding great deals on Apple devices can be tricky because discounts are generally restricted to older products. Although you won't find many deals on newer stuff, there will definitely be opportunities to score good deals on some Apple products: Our experts predict nice price drops on iPads and Apple Watches this Black Friday, with older models seeing particularly good deals. And though it's unlikely we'll see great deals on phones or laptops, there's a possibility we'll see a rare MacBook price drop or a gift card offer for iPhones that will be worth your time.

To help you navigate Black Friday's deals landscape and come out on top, we've put together a full guide of everything you need to know about scoring the best prices on Apple stuff this holiday season.

If you're looking for deals, you won't find them at Apple's own stores or on its website. "This time of year, the company usually offers only gift cards, instead of lower prices, when you buy products," Nick said. "Even when Apple does offer cash-off deals, they're often not substantial discounts." Instead, you're better off looking to other retailers, such as Amazon, Best Buy, Target, Walmart, Costco, and Sam's Club, for discounted Apple gear.

You shouldn't expect great Black Friday deals on the newest Apple items, though, even from third-party retailers. It's unlikely that a new iPhone 11 or Apple Watch Series 5 will see any discounts, but products that have been around for longer are fair game. For instance, both Nick and Deals editor Nathan Burrow predict that this will be a good year to score a Black Friday discount on the Apple Watch Series 3 and Series 4, with select Series 3 models dropping as low as $150 (which would be easily the lowest price we've ever seen for a brand-new Apple watch) and the Series 4 selling for $300.

You'll likely see something similar with iPads. Older generations like the 64 GB iPad Air may drop to $430 or less, and the 11-inch iPad Pro could hit $750. A welcome exception is the newest iPad, as ad leaks indicate that the 32GB model of 7th-generation iPad will see an $80 drop. The 6th-generation iPad will definitely see discounts, perhaps even more substantial—and because there isn't too much of a difference between the two generations, the iPad 6 is still a good choice if you're looking for a newer tablet. According to editor Andrew Cunningham, if you can find the 128 GB iPad 6 for the same price or less than the 32 GB iPad 7, it's a solid discount worth considering.

Apple is notorious for providing gift cards instead of knocking down the price of gear (which is why we recommend you look elsewhere if you want to buy Apple products for cheap-ish), but it isn't the only retailer running promotions like this. Last year, both Walmart and Target offered gift card deals for those who bought and activated their iPhones during Black Friday.

One of the downfalls to this deal, Nick pointed out, is that on-the-spot activation can be a pain for people who want to buy iPhones as holiday gifts. If you don't activate the phone during the Black Friday period, you'll lose out on the store gift card. And though the card doesn't feel as good as scoring a low price on an iPhone, both Target and Walmart offer a wide selection of inventory—you won't have trouble spending the money, even if it's on groceries for the next month.

Apple also has its own Apple Shopping Event that usually runs during Black Friday weekend. Though it hasn't officially announced the event yet, we're predicting that, as usual, no cash discounts will be offered—just gift cards. If you were planning to buy a device directly from Apple anyway, the store credit is a nice bonus, but not every product comes with a gift card. Last year, no store credit on Apple's latest hardware was offered—the same will probably be true of this year's event, too.

What about deals on refurbished stuff?

If you see a too-good-to-be-true price on an iPhone, iPad, or Mac on a third-party site, Nick noted that it's likely a refurbished unit (a device that has been returned or repaired), which can feel a little sketchy, especially for a purchase with a hefty price tag. "With the exception of refurbished products that Apple itself sells, refurbs usually have a shorter warranty than new models and no guarantee of quality," he warned.

But buying a refurbished product directly from Apple is a safe bet. "Apple's refurbished products are every bit as reliable as new ones and almost always cosmetically indistinguishable," Nick said. They come with a full one-year Apple warranty and are eligible for Apple's optional AppleCare extended warranty.

"Before you take advantage of a retailer's Black Friday deal on an Apple device, check out Apple's refurbished section on its website," Nick added.

Not unexpectedly, it's unlikely you'll see deals on Apple accessories from Apple itself, but Nick predicts minor price drops on a few accessories through third-party retailers like Target, Walmart, Best Buy, and Costco.

Though our picks for iPhone and iPad cases are already on the cheaper side, we'll likely see further discounts, Nick said, but nothing too substantial. The same goes for the Apple Pencil, which may drop $10 or so.

AirPods, on the other hand, will likely see a nice price drop. Nathan predicts that, in the same way 1st-generation AirPods saw their first drop during Black Friday last year, 2nd-generation AirPods will probably drop to $130 for the non-wireless charging version and $150 for the wireless charging version this year—and with the release of the AirPods Pro later this week, those prices could drop even further. Though Apple's wireless earbuds are no longer a Wirecutter pick, our guide writers still like them for iOS users, so if you've been waiting for a time to splurge, Black Friday is as good a time as any.

To make the most of Black Friday, check out our predictions, advice, and early deals.

In this article: apple, blackfriday2019, gadgetry, gadgets, gear, partner, syndicated, thewirecutter, wirecutter
All products recommended by Engadget are selected by our editorial team, independent of our parent company. Some of our stories include affiliate links. If you buy something through one of these links, we may earn an affiliate commission.