Show your 'Star Wars' loyalty with a smartphone.

How big a Star Wars fan are you? Big enough that you'd replace your smartphone just to flaunt it? Samsung thinks you might be. It's releasing a Galaxy Note 10+ Star Wars Special Edition to mark the release of The Rise of Skywalker. The phone itself touts a black-and-red color scheme (plus custom graphics and sounds) to match Kylo Ren's embrace of the dark side, but you'll also get a matching Kylo Ren case, Galaxy Buds and a metal collector's badge. It'll be patently clear where your allegiances lay.

Do be ready to hunt the phone down and pay a hefty sum. The Star Wars variant will reach 15 markets (including the US, UK, France, Germany, Hong Kong and Spain) starting December 10th. In the US, it'll be available on December 13th in unlocked form for $1,300 at Amazon, Samsung and some Best Buy and Microsoft stores. Samsung isn't asking you to pay a large premium over what it would cost to get plainer versions, then. The challenge may boil down to getting one before supply runs out -- you just know people will try to flip the Star Wars Note 10+ on auction sites if it becomes hard to find. 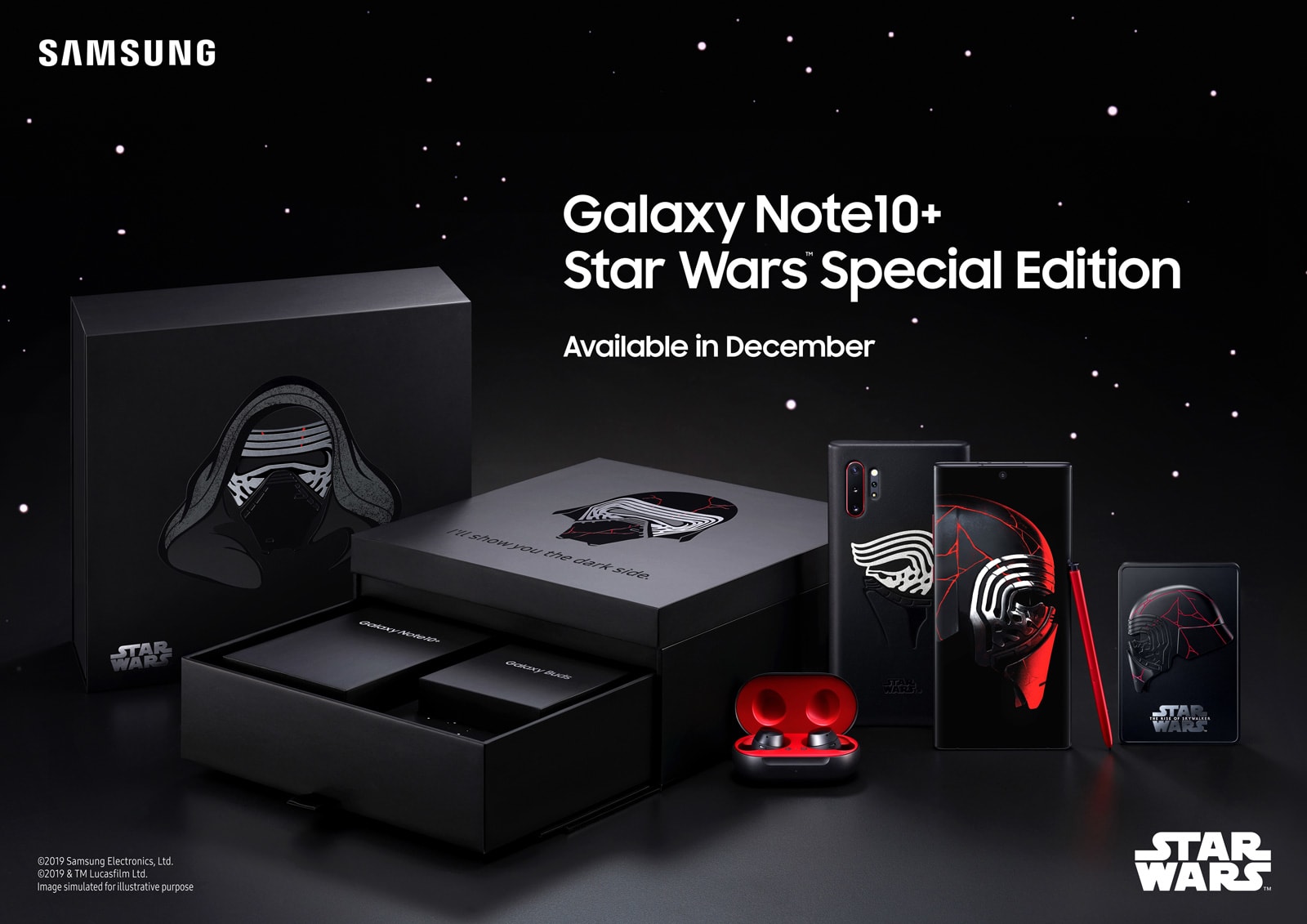