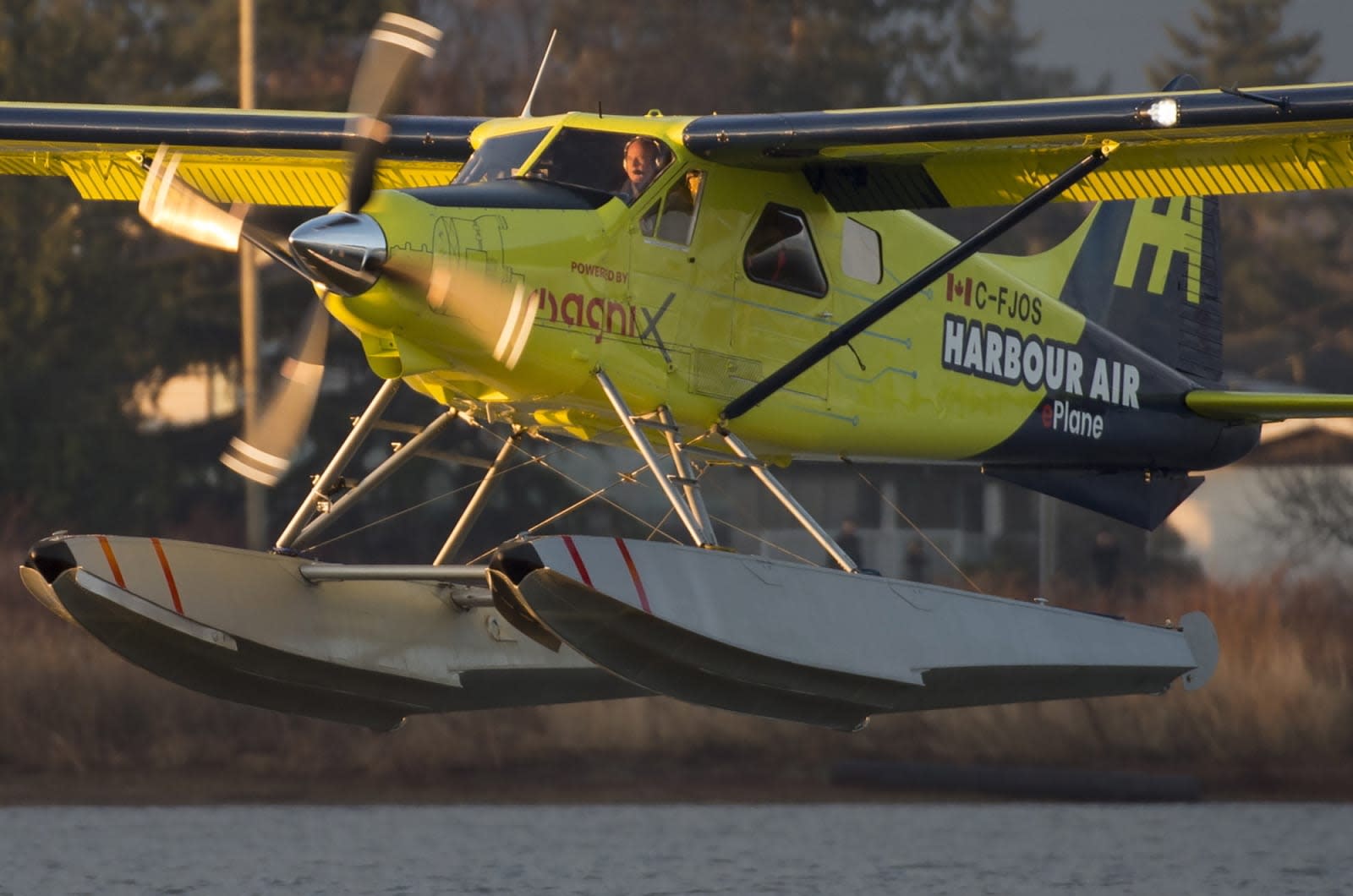 An aircraft designed in 1946 might become the first commercial electric plane, following a short but successful test flight. Vancouver-based Harbour Air's took its "eBeaver" on a ten-minute hop on the Fraser River in Richmond, BC, with CEO and pilot Greg McDougall at the controls. "Today, we made history," he said in a statement. Harbour Air expects the eBeaver to go into commercial service in 2022.

So far, electric planes have failed to make much of a dent. Quite a number have been built, tested and even sold, but none are close to being ready to take paying passengers. "This is real," Magnix CEO Roei Ganzarski told Fortune. "This is an airline flying their own aircraft."

Harbour currently has 14 six-passenger DHC-2 Beaver aircraft, many of which are equipped with Pratt & Whitney PT-6A turbine engines that burn about $300 worth of jet A fuel per hour. By contrast, the eBeaver packs enough battery life to fly about 100 miles at a cost of around $10 to $20 worth of electricity.

E-planes have a very limited range compared to ICE-powered models because lithium-ion batteries have less than 5 percent the energy density of gasoline or jet fuel. However, 100 miles is enough for many of the short seaplane hops around Vancouver's lower mainland. The distance between Vancouver and British Columbia capital Victoria (downtown to downtown) is 58 miles and takes about 30 minutes by plane, while the same trip on a ferry can run over four hours including driving time and waiting. (Also, as your author can attest from brutal experience, the flight is a lot less boring.)

Despite the range challenges, electric planes have big advantages over ICE-powered models. That includes lower maintenance and operating costs, no need for fueling infrastructure (other than chargers) and easier boarding on local routes. "We are proving that low-cost, environmentally friendly, commercial electric air travel can be a reality in the very near future," said Ganzarski.

In this article: de Havilland Beaver, eBeaver, electric airplane, green, Harbour Air, magnix, tomorrow, transportation, Vancouver
All products recommended by Engadget are selected by our editorial team, independent of our parent company. Some of our stories include affiliate links. If you buy something through one of these links, we may earn an affiliate commission.