The best fast chargers for every device

Recommendations for iPhones, Android phones, iPads, laptops and in-car use.

This post was done in partnership with Wirecutter. When readers choose to buy Wirecutter's independently chosen editorial picks, Wirecutter and Engadget may earn affiliate commission. Read the full guide to fast chargers for every device.

The outdated USB chargers clogging store shelves and online listings—and still included in the box with new iPhones—won't charge your latest gear as fast as possible. New fast chargers are safe, affordable, and up to three times faster than the old ones many people have had lying around for years. We've tested the best fast chargers—no matter what phone, tablet, or computer you use—and collected our recommendations on this page.

I have an iPhone. What charger and cable should I use? 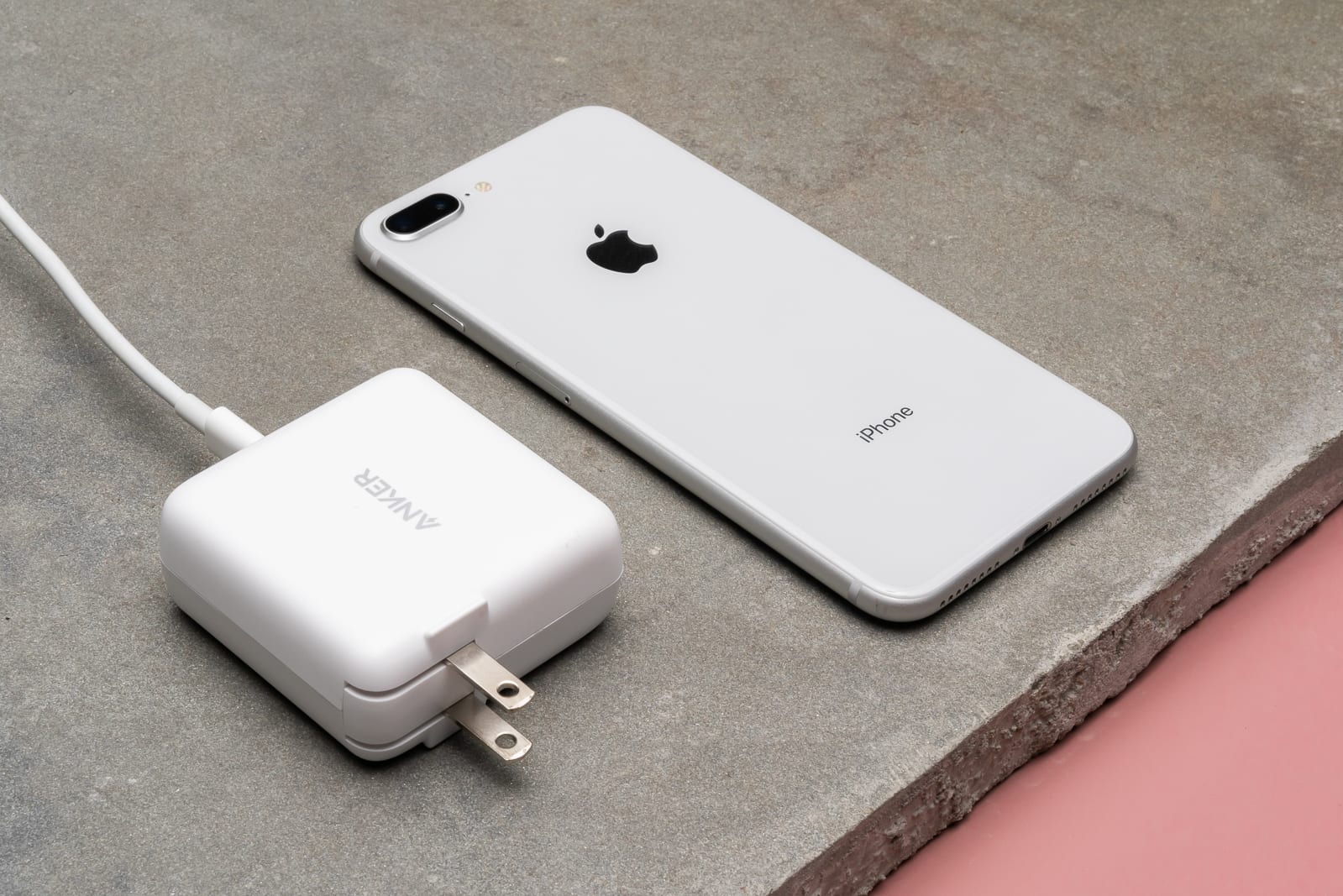 Our favorite phone chargers with USB-C ports will charge an iPhone at its maximum speed.

Despite shipping with slow 5-watt chargers, every iPhone since the 2017 iPhone 8 and iPhone X can charge roughly three times faster with the right cable and charger. Modern iPhones take advantage of a charging technology called USB Power Delivery (PD), which goes along with the USB-C connector (although not all USB-C accessories support USB PD).

To take advantage of these faster PD rates, and for the fastest iPhone charging, you also need the right cable, namely a USB-C–to–Lightning cable.

Previously, Apple has shipped the iPhone with a Lightning cable that connects to USB-A ports (the traditional rectangular ports that are ubiquitous to computers and charging accessories). Starting with the iPhone 11, iPhone 11 Pro, and iPhone 11 Pro Max, Apple will begin shipping iPhones with a USB-C to Lightning cable alongside an 18W wall USB-C fast charger.

But for fast charging at 18 W, you need one that connects to USB-C. For a period, Apple was the only party making those cables, but the company has since allowed third parties to make them, and the cables have started to fall in price.

I have an iPad Pro. What charger and cable should I use? 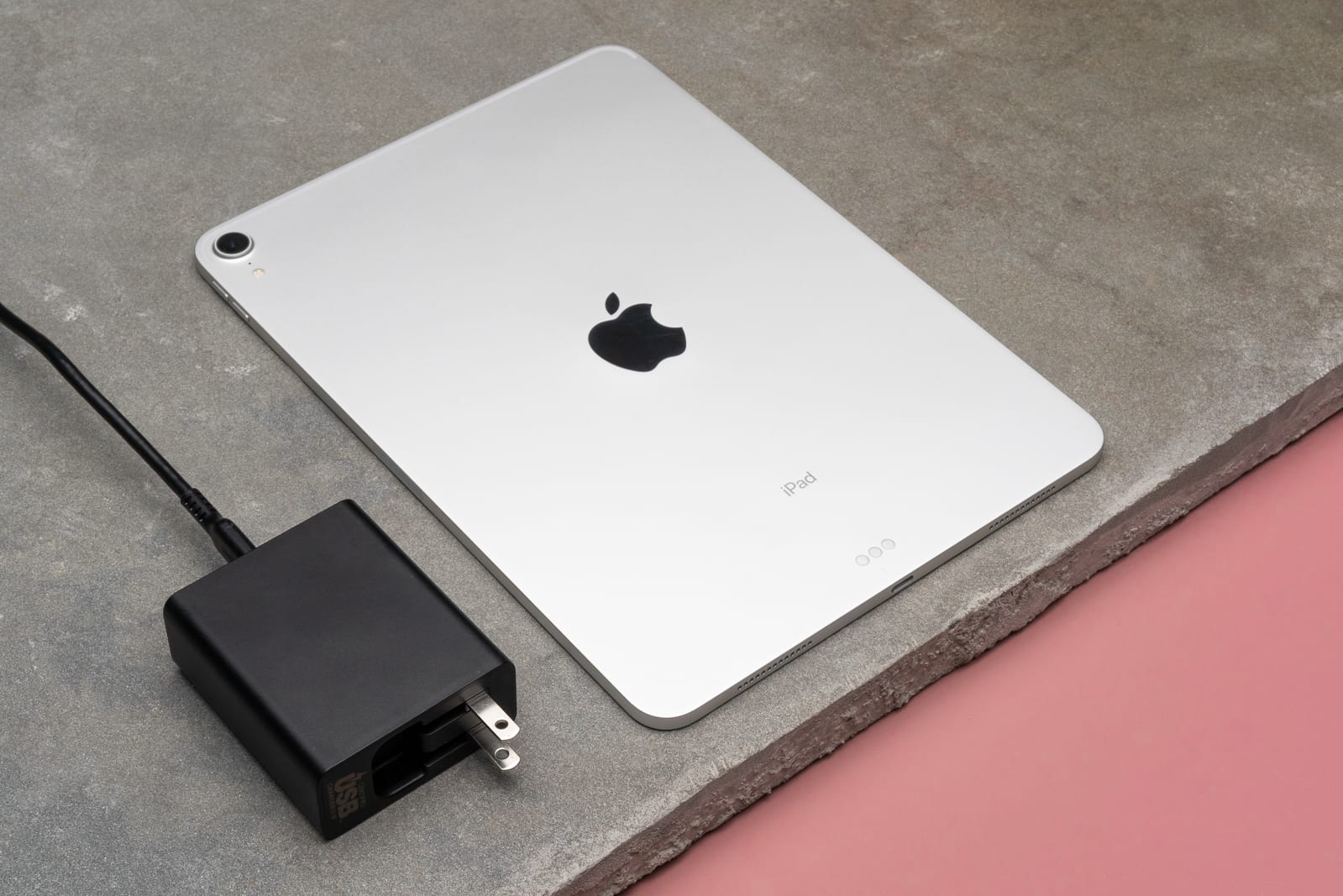 You can double your iPad Pro charging speeds with a charger capable of 45 watts or higher.

Like the iPhone, Apple's 2018 iPad Pros ship with slow chargers. Even though the iPads can fast-charge at up to 45 watts, the USB-C charger that Apple puts in the box supports only 18-watt speeds. The higher wattage makes a huge difference: A 45-watt or faster charger will get the large iPad battery to 33 percent from empty in half an hour, and to 65 percent in an hour—almost twice as quickly as the in-the-box charger.

The cable that comes with your iPad Pro will work with any fast charger, too.

Unlike with the iPhone, you don't need to buy a special cable, since the iPad Pro uses USB-C input instead of the Lightning connector. But if you need a replacement, our USB-C cable guide has sturdier and cheaper options than the Apple-branded cable.

I have an Android phone with USB-C. What charger and cable should I use?

Any modern Android phone will charge quickly with a good USB-C charger.

Most Android phones, especially flagship models from bigger companies like Samsung and Google, charge through USB-C ports. Even though Samsung brands its fast-charging capability as Samsung Adaptive Fast Charge, and other companies have promoted the declining Qualcomm Quick Charge standard, we've found that you can fast-charge a modern Android phone with any good USB-C Power Delivery charger. When we ran charging tests on the Samsung Galaxy S10+, for example, we saw the same battery increase over half an hour from the bundled charger, Quick Charge 2.0 and 3.0 chargers, and an 18-watt USB-C charger. All of them will yield about 41 percent after half an hour, and 80 percent after an hour.

And a simple USB-C cable is all you need for rapid charging.

If you need a replacement USB-C–to–USB-C cable, our guide to cables outlines which one to get based on our research and testing. They're all relatively inexpensive, and they'll ensure the fastest charging speeds for your phone.

I have an accessory or Android phone with Micro-USB. What charger should I use?

In addition to newer fast chargers, we have USB-A charger picks that will work great if your device has a Micro-USB connection.

Android phones that use Micro-USB are becoming less common, though plenty of other accessories, from Kindles to wireless headphones, still rely on it. Micro-USB charging is generally limited to 12 watts, regardless of whether the other end of the cable is USB-A or USB-C.

While a USB-C charger might be more future-proof if you upgrade away from Micro-USB in the near future, it won't give you any charging benefits right away. Any USB-A charger from a reputable brand will charge your Micro-USB devices as fast as possible, and we still recommend a few in each of our charging guides. Although some phones were using the Quick Charge standard to speed up USB-A–to–Micro-USB charging, the feature is quickly falling out of favor as manufacturers focus on USB-C options.

I have a USB-C laptop. What charger and cable should I use? 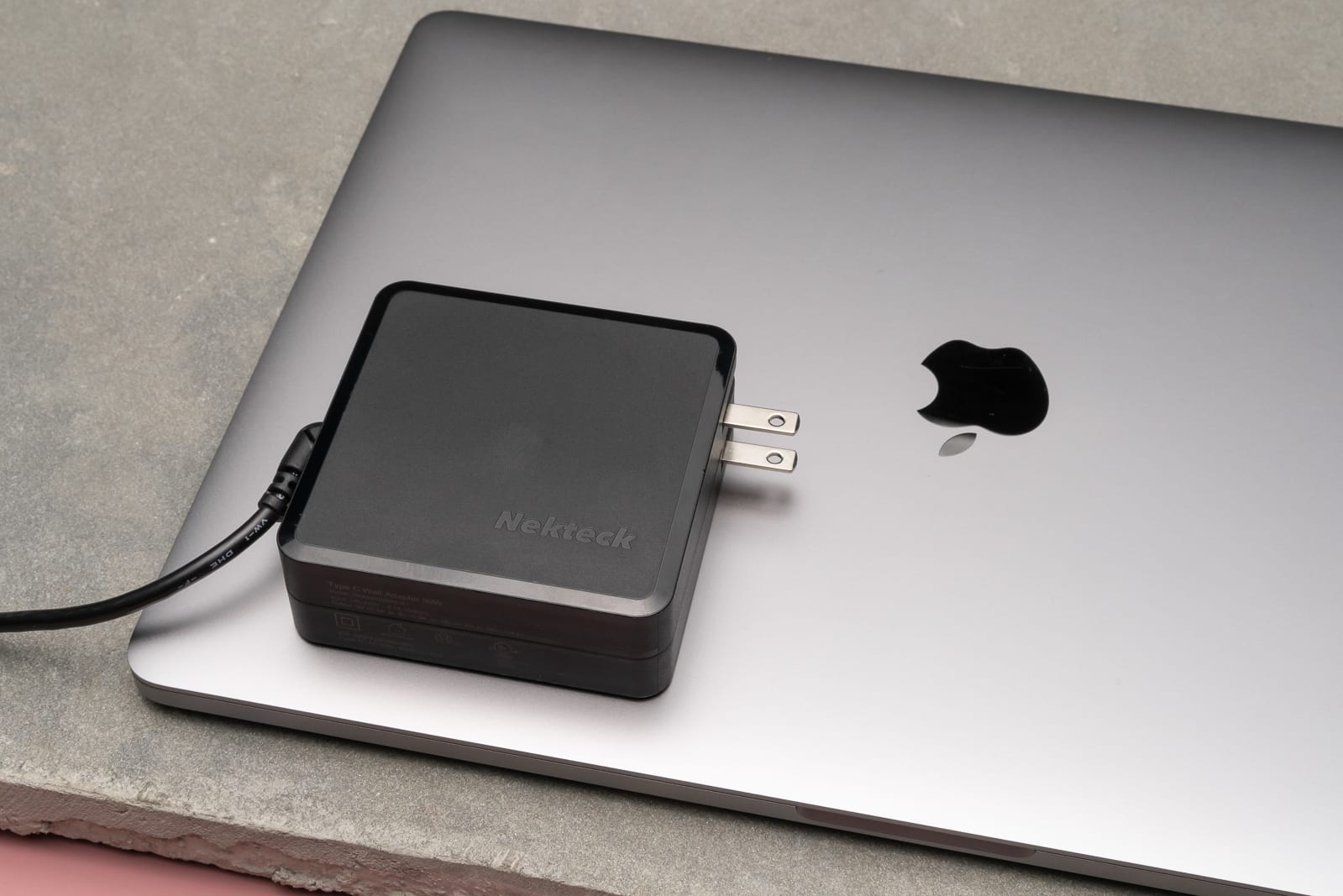 We've tested all the top USB-C laptop chargers, and our favorites are compact, safe, and fast-charging.

Almost any laptop that charges over USB-C, including Apple's MacBook, MacBook Air, and 13-inch MacBook Pro, plus top picks from Asus, Dell, and Samsung, will charge at their fastest rate with a 60-watt charger. Even if a laptop doesn't need that much power, a faster charger is still safe to use and won't have any negative effects.

What about in the car or on the go? 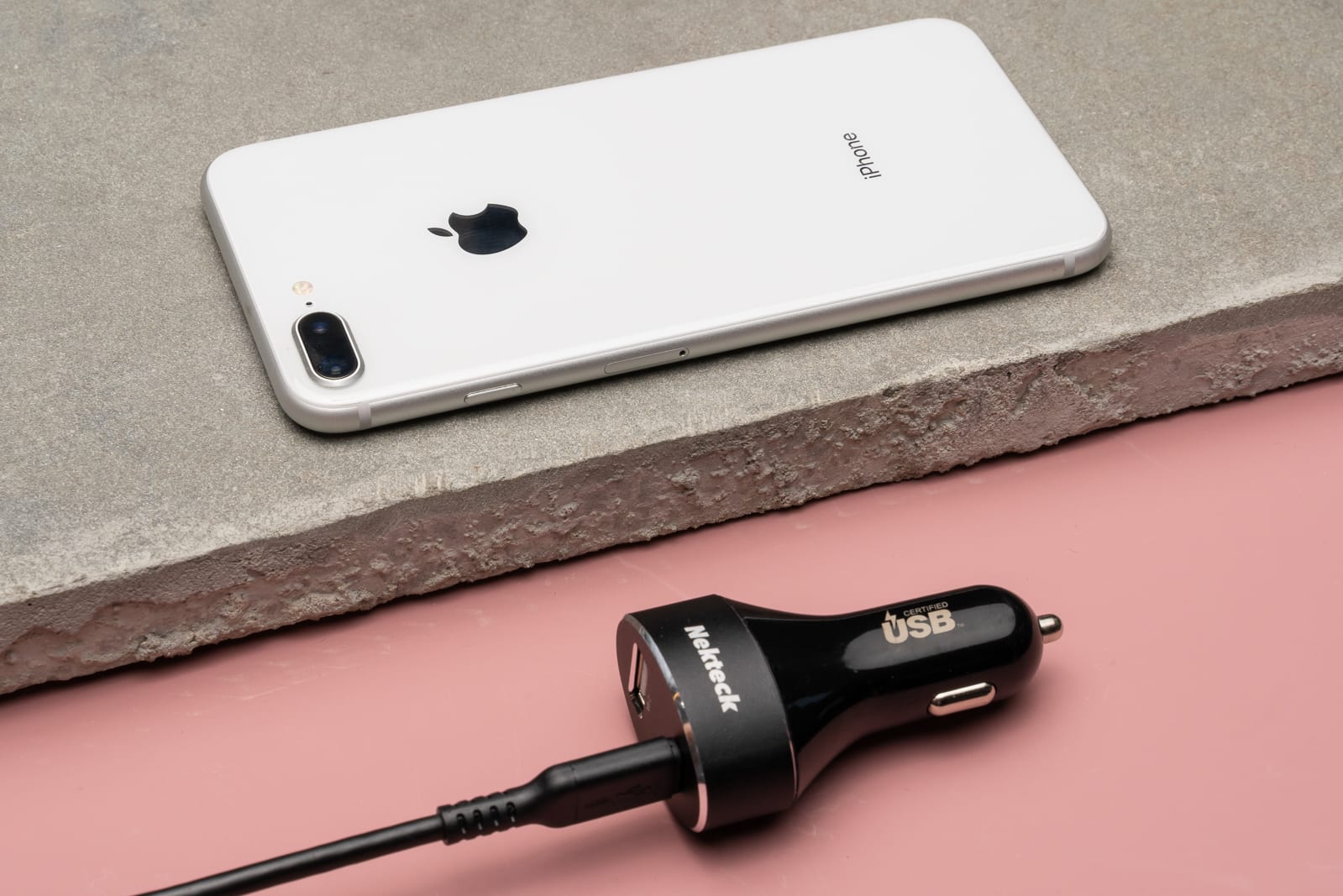 We also have specific picks in our laptop chargers guide for the high-powered 15-inch MacBook Pro.

The 15-inch MacBook Pro is the biggest exception to the 60-watt rule, as it requires an 87-watt charger to charge at full speed. But we've found options that safely provide that much power for a fraction of the price of a replacement charger from Apple.

A USB-C car charger is great for keeping your phone powered while you're driving, and for making sure you arrive at your destination with a greater charge. 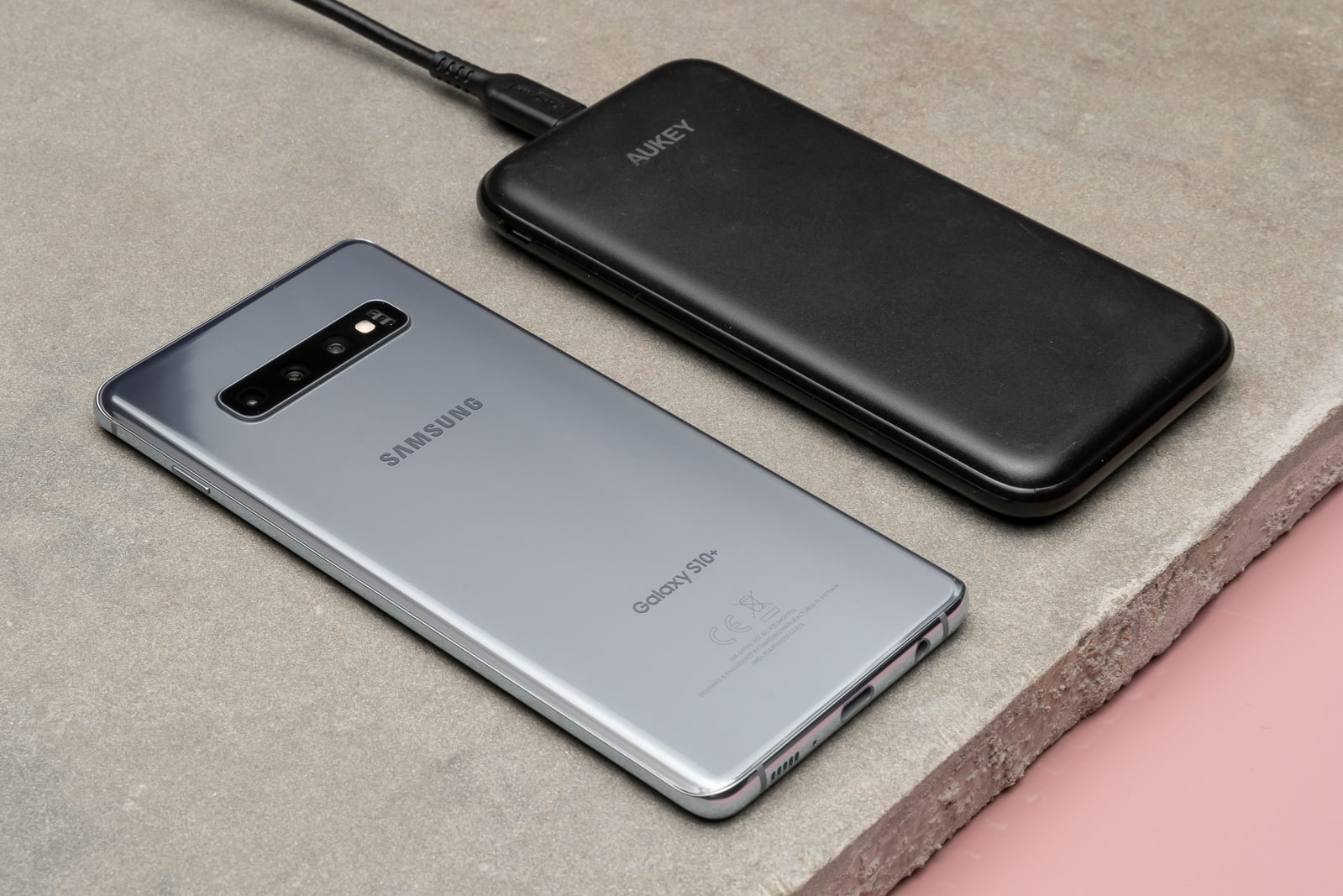 And if you have a power bank, the faster it charges your phone, the less time you have to worry about dealing with it.

Everything we said above about wall chargers holds true for car chargers and portable power banks as well. A good USB-C charger is your best bet and will offer the fastest charging speeds possible for your iPhone (with a USB-C–to–Lightning cable) or Android device equipped with a USB-C port.

What to look forward to