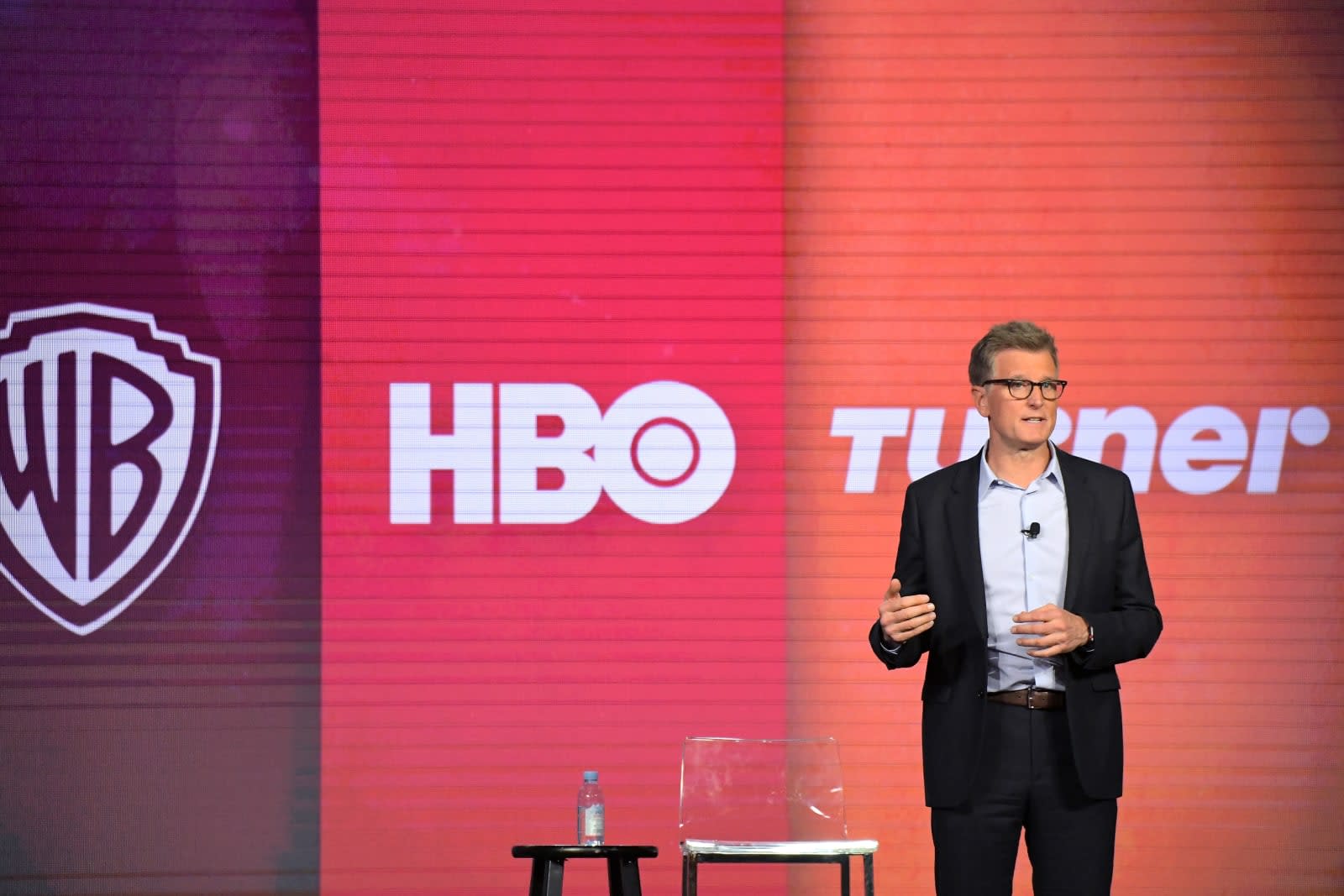 AT&T is continuing the trickle of information about its upcoming WarnerMedia streaming service, and this time it's more specific about the kind of content you'll get. TBS and TNT President Kevin Reilly told guests at a Television Critics Association event that the beta version of the service launching in 2019 won't have originals -- you'll have to wait until 2020 for that. It would, however, offer some of its most coveted shows. Reilly said you could expect the company to ultimately host its "crown jewels," and might even yank must-have shows like Friends away from Netflix -- it's "not a good model" to share productions like that, he said.

The executive also said that there would be original DC Comics material, and that some originals would come from outside WarnerMedia even as its leaders "look[ed] at ourselves first." He also floated the possibility of "dynamic windowing" where shows wouldn't always find a permanent home.

Reilly hinted at the potential interface, which would have a "more personalized feel" to help you wade through a daunting sea of material.

He didn't necessarily see the firm directly challenging Disney+ or Netflix, though. Rather, the plan was to "close the loop" between conventional TV and an online out-of-season home for content, and (naturally) to keep people in its universe. Whether or not it pans out that way is another matter. WarnerMedia has aces like HBO and Warner Bros. up its sleeve, but it still has to deal with an audience that's increasingly burnt out on streaming exclusives and may only have so much to spend on subscriptions.

In this article: att, entertainment, hbo, internet, movies, services, streaming, television, tv, warnermedia
All products recommended by Engadget are selected by our editorial team, independent of our parent company. Some of our stories include affiliate links. If you buy something through one of these links, we may earn an affiliate commission.