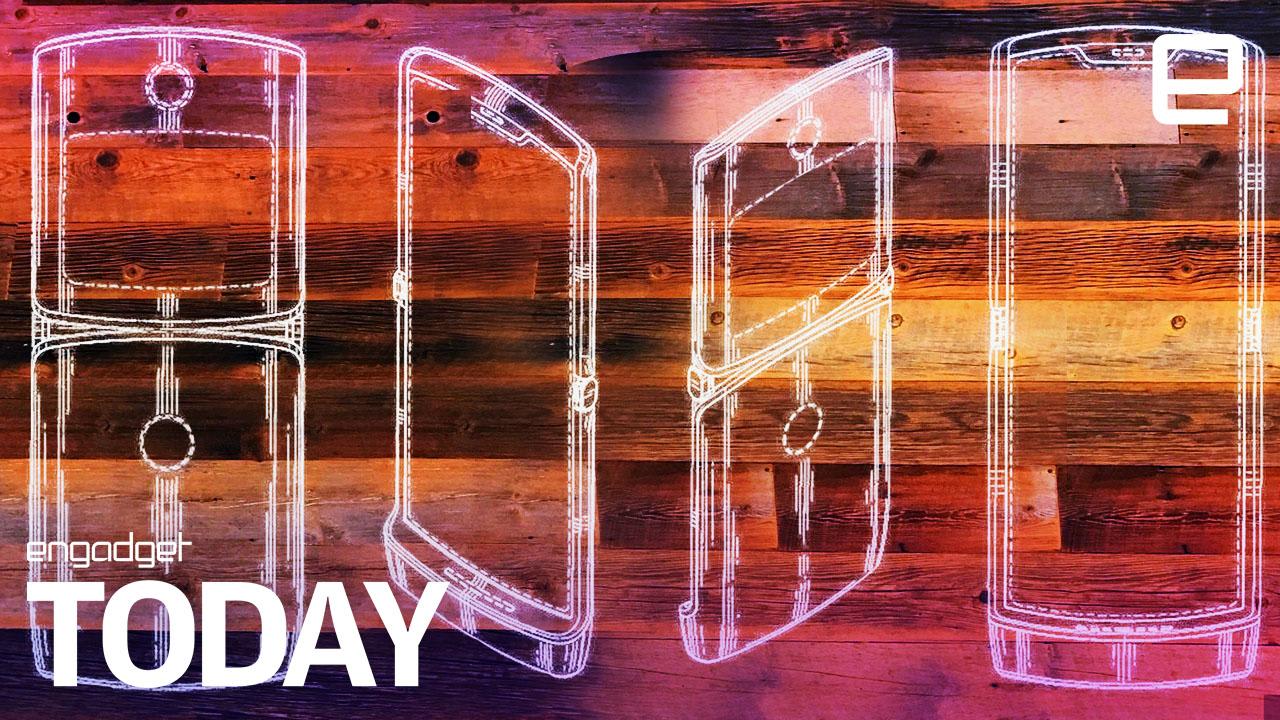 By now, it's not much of a secret that Motorola is working on a folding phone of its own: A patent for such a device surfaced late last year, and a subsequent report in The Wall Street Journal basically confirmed the company's plans. Despite the ensuing hype, Motorola has mostly kept quiet about its progress, but in an interview with Engadget this week, Motorola VP of Global Product Dan Dery shed some additional light on the company's ambitions.

"We started to work on foldables a long time ago," Dery said. "And we have been doing a lot of iteration."

In many ways, talking to Dery about Motorola's foldable future is like peering through a light fog: You're fairly sure of what lies on the other side, but the details are slightly obscure. That said, Dery did tacitly confirm an upcoming release. The original report from The Wall Street Journal also suggested that the company's foldable could launch by the end of February, but that's clearly not happening. Dery instead said that Motorola has "no intention of coming later than everybody else in the market," and considering the upcoming launch dates for the Samsung Galaxy Fold (in April) and Huawei's Mate X (in mid 2019), it seems safe to assume that we're looking at a Motorola launch by summer.

Despite his low-key confirmation, Dery continued to make some oblique -- but surprisingly specific -- observations that happen to confirm what we've learned in earlier reports. Consider the flip-phone-inspired design seen in Motorola's patent filing. It clearly depicts a smartphone (with distinct RAZR-like styling) that features a large internal display that bends in half when the device is closed.

It's an especially unorthodox look compared to what other foldable makers have unveiled so far, and that's potentially a good thing. While he thinks the screen-on-the-outside approach adopted by Samsung and Huawei is "the nicest and the purest" way to go, Dery believes the inherent fragility of those displays meant Motorola had to find a different way forward.

"We have been testing a plastic OLED device with plastic film on top," he said, referring to the same kind of design Huawei used for its Mate X. "The fact that you're touching [that kind of display] with your nails is scratching it. It has a short life right away; it starts dying the day you unpack it. But it's beautiful. That first day, it's beautiful."

Dery cautiously elaborated on that point, saying that if Motorola was working on a foldable, the company's "intention would not be to put the display outside. When you know the scratching issues you would be facing, you will have something that is very rapidly not usable." It should come as little surprise that this happens to dovetail perfectly with the images found in the company's recent patent application.

That clamshell foldable only represents one avenue of interest for Motorola though. Dery confirmed that Motorola is also exploring the possibility of a dual-hinge device with a single screen that folds twice, leaving only a third of the display exposed when in phone mode.

To be fair, Motorola isn't the only company chasing this dual-folding concept, according to Dery, which he referred to as the "holy grail" of foldable design. "A couple of Chinese vendors" are also actively exploring the concept, he claimed, including "two very famous" companies that "are not necessarily making a lot of noise at MWC." (Motorola would not confirm the identities of these companies and declined to elaborate further.) As far as Dery is concerned, though, this sort of z-shaped design just isn't practical for Motorola's first foldable phone; there are too many technical hurdles to clear right now.

"We're looking into that too," he said. "But definitely that's not going to be our first shot."

That said, Motorola seems to be considering the z-hinge approach seriously enough to have pondered the questions that would come with such a design. The whole point of a dual-hinge foldable would be to take a big screen and make it as pocketable as possible, and that would typically suggest a tablet that could be folded down into a phone. Dery mentioned twice in our conversation that Motorola is not in the business of making tablets; that falls to Moto's parent company, Lenovo. He did say, however, that if the z-hinge design problems could be solved, it would be "interesting to see a small display" that could be folded down into something tiny.

Whether or not Motorola actually delivers one of these dual-hinge phones remains to be seen. Dery conceded that the company has explored lots of potential products over the years, some of which have been discarded entirely. Still, with Motorola's interest in foldables coming into clearer view, it's easy to see how the brand might earn itself some new fans and get some old ones excited all over again.

In this article: AOLoriginals, Daily Show, DailyShow, dual hinge, Engadget, Engadget Today, EngadgetToday, EngadgetVideo, entertainment, exclusive, foldable, foldable phone, folding phone, gear, lenovo, mobile, motorola, mwc2019, razr, z phone
All products recommended by Engadget are selected by our editorial team, independent of our parent company. Some of our stories include affiliate links. If you buy something through one of these links, we may earn an affiliate commission.