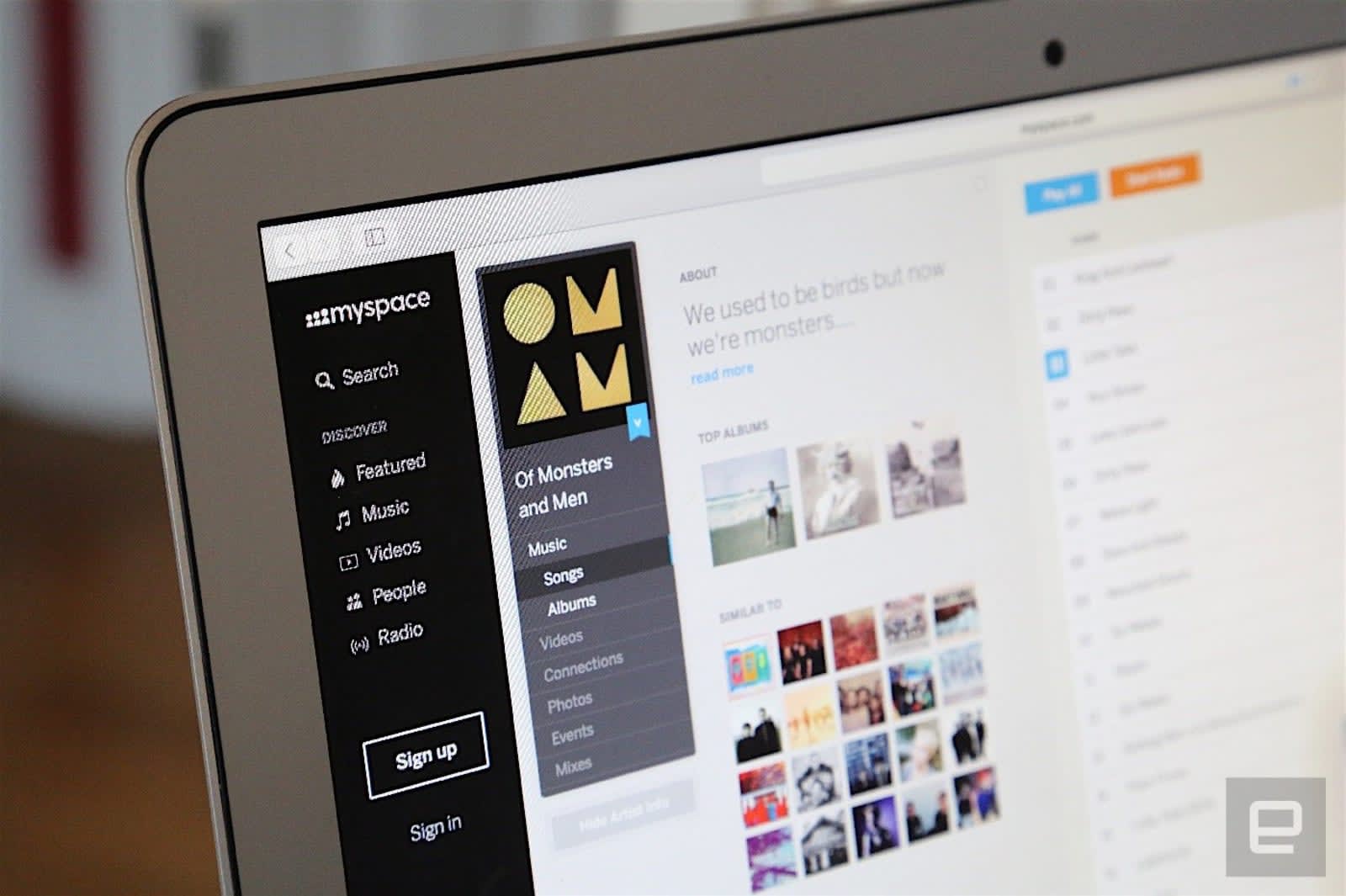 In the early 2000s, MySpace introduced us all to the world of social networking. Within a few years it became huge platform for music, where bands could share their songs and users could customize their profiles with their favorite tracks. Even as its popularity faded in the shadows of Facebook, Instagram and Snapchat, and as music streaming sites came to dominate, MySpace hung on as a music platform. The fact that it helped launch artists like Arctic Monkeys, Panic! At The Disco, Sean Kingston and Kate Nash -- as well as its Justin Timberlake-themed redesign -- gave it a certain amount of credibility.

But that might have been erased, along with some 50 million songs. This weekend, a banner on the site announced that audio files uploaded more than three years may no longer be available.

According to the site's banner announcement, "As a result of a server migration project, any photos, videos, and audio files you uploaded more than three years ago, may no longer be available on or from MySpace." Some estimate nearly 50 million songs from 2003 to 2015 have been lost. According to MySpace users on Reddit, all pre-2015 music stopped working about a year ago. Customers were first told MySpace would correct the issue and later told the files were corrupted and couldn't be transferred to the new site.

The banner announcement, which has now been removed, was rather brief and left plenty of room for question. You won't find answers from MySpace on Twitter, as the company hasn't tweeted since 2017, and its last official press release is dated 2015. MySpace did offer the email address of its Data Protection Officer (DPO@myspace.com), for anyone seeking more information.

This isn't MySpace's only controversy in the past few years. In 2017, we learned that anyone could access your old MySpace account if they knew your birthday. In 2016, Time Inc. (which bought MySpace the same year) confirmed MySpace was hacked. And in 2012, MySpace battled Apple over its Apple Music app icon. Losing millions of songs -- especially songs that, at this point, are tied to nostalgia for bad music taste and homemade tracks -- will likely rile MySpace fans more than anything the company has done so far.

We've reached out to MySpace for comment and will update the story when we hear back.

Via: BBC News
Source: Myspace
In this article: audio, av, entertainment, music, myspace, server migration, songs, uploads
All products recommended by Engadget are selected by our editorial team, independent of our parent company. Some of our stories include affiliate links. If you buy something through one of these links, we may earn an affiliate commission.