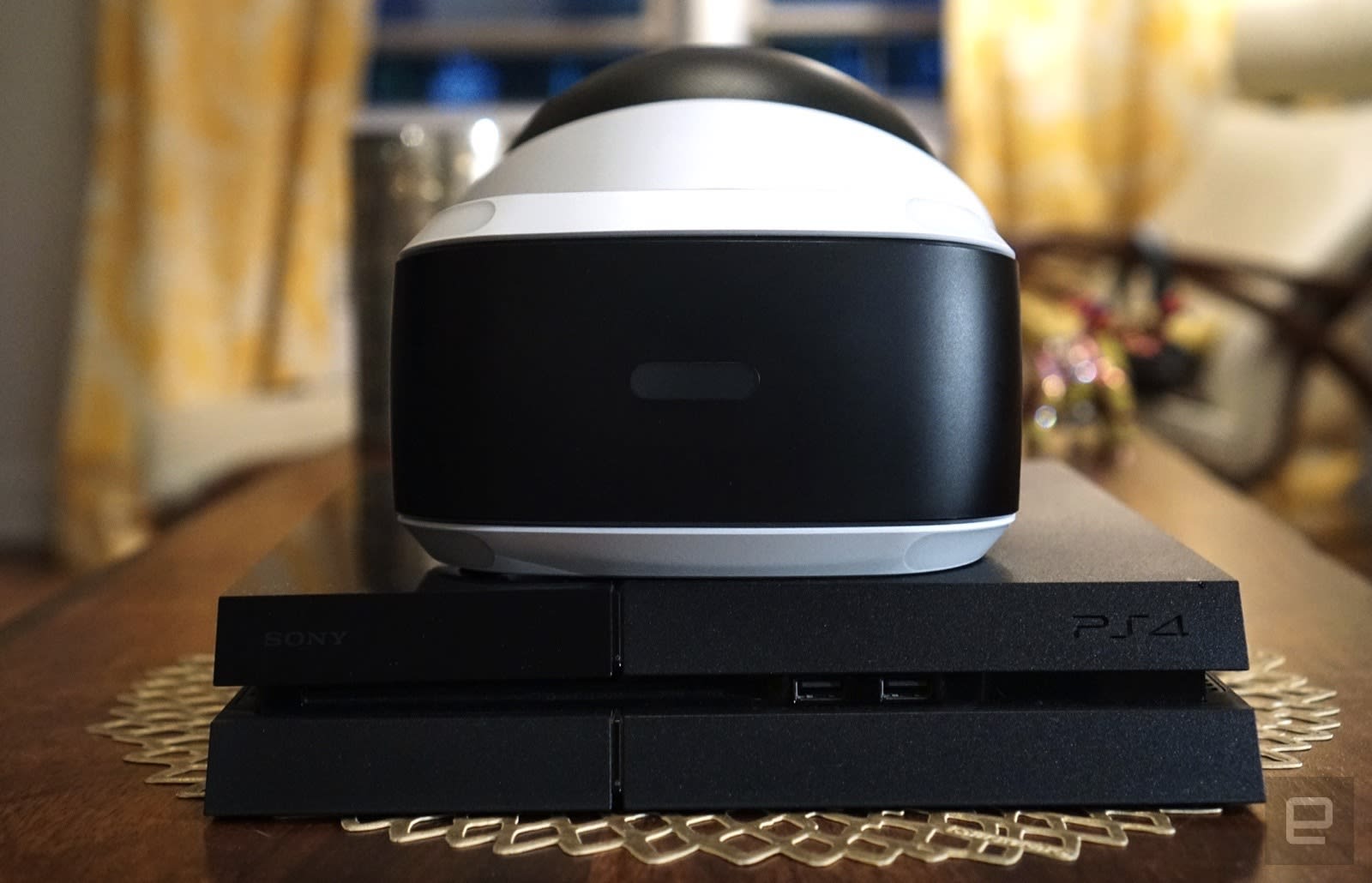 Sony is celebrating a major milestone: it has already sold over 4.2 million PlayStation VR systems as of March 3rd, 2019, less than three years after it started selling the device. Not shipped to retailers, but sold by retailers. In other words, there are as many as 4.2 million people out there with PS VR headsets of their own. The tech giant started selling the device in 2016 as a virtual reality platform that plugs into a PS4 console -- something that likely helped boost its sales and popularity.

PlayStation VR: The Next Wave of Games Coming in Spring and Summer 2019 https://t.co/b0BRceHR3D

Some of the PS VR's rivals like the Oculus Rift and the original HTC Vive need powerful computers to work. Seeing as Sony reported back in January that its PS4 sales were closing in on 100 million, it's easy to see how it was able to sell 4.2 million headsets. As VentureBeat noted, global market intelligence firm IDC estimated Rift and Vive shipments for the fourth quarter of 2018 to be around 300,000 and 230,000 units, respectively. Meanwhile, Sony shipped 463,000 headsets in the same quarter, according to the firm.

In addition to revealing its PS VR sales victory, Sony has also announced the next wave of games arriving on the virtual reality platform over the coming months. The 25 titles include Blood & Truth, a follow up to one of the first PS VR games London Heist, Everybody's Golf VR, and a collection of classic and original mini-games set in the Five Nights At Freddy's. Hello Games has also created a virtual reality version of the entire No Man's Sky experience, and it's coming out for the platform this summer.

Source: PlayStation Blog
In this article: business, entertainment, gadgetry, gadgets, gaming, ps vr, sony, virtual reality
All products recommended by Engadget are selected by our editorial team, independent of our parent company. Some of our stories include affiliate links. If you buy something through one of these links, we may earn an affiliate commission.