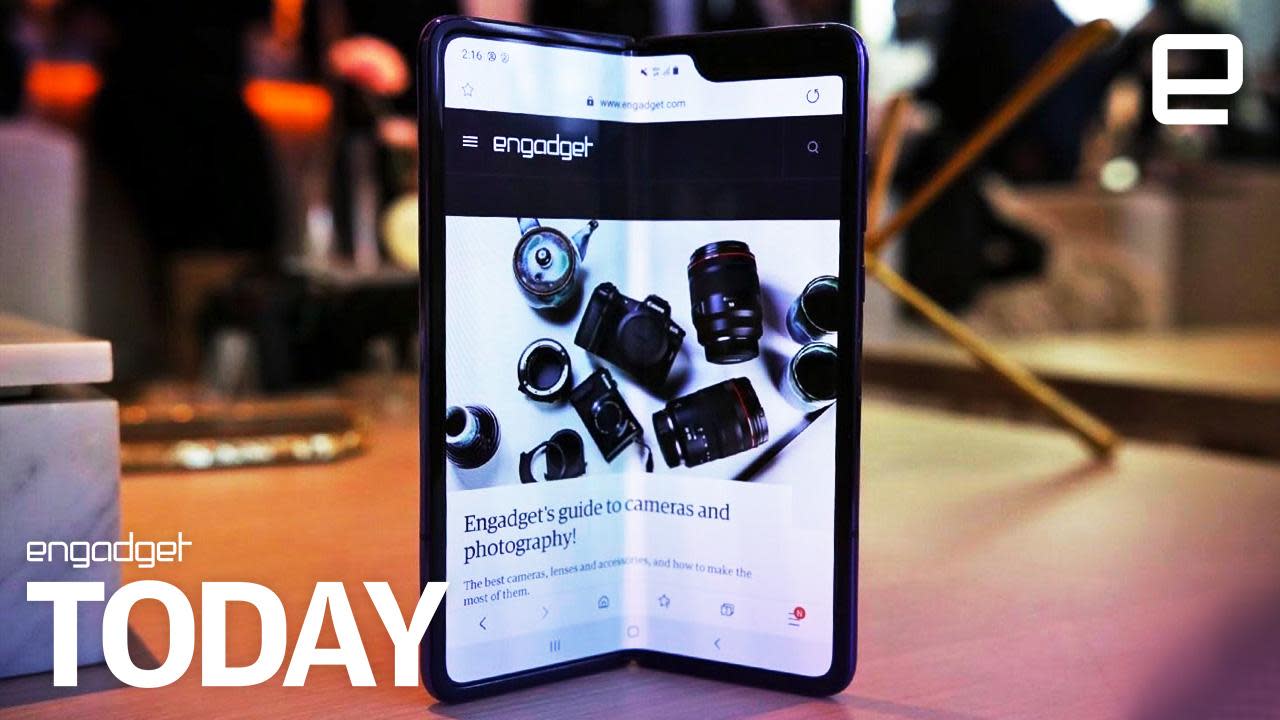 Even after extensive durability testing, reports surfaced yesterday that several Galaxy Fold reviewers had already suffered from broken devices. It appears they're experiencing more than one type of issue, mostly tied to the device's innovative folding display technology, and in a statement released tonight Samsung said it "will thoroughly inspect these units in person to determine the cause of the matter." According to Wall Street Journal reporter Joanna Stern, the Fold's planned April 26th launch is still on with no hint of a delay.

We're reviewing the Fold as well, and will let you know how it holds up under testing, but so far we haven't experienced these issues with its hinge or plastic-covered OLED display.

A limited number of early Galaxy Fold samples were provided to media for review. We have received a few reports regarding the main display on the samples provided. We will thoroughly inspect these units in person to determine the cause of the matter.

Separately, a few reviewers reported having removed the top layer of the display causing damage to the screen. The main display on the Galaxy Fold features a top protective layer, which is part of the display structure designed to protect the screen from unintended scratches. Removing the protective layer or adding adhesives to the main display may cause damage. We will ensure this information is clearly delivered to our customers.

With a $1,980 price tag, concerns about how the combo device will fare are among the top questions early adopters are hoping to have answered. Whether or not an expanding device solves our various gadget problems doesn't matter if it can't last more than a week without breaking down. Hopefully these are isolated issues with early units, but only time will tell.

In this article: AOLoriginals, broken, daily show, engadget, Engadget Today, engadget video, entertainment, flexible, foldable, Galaxy Fold, gear, mobile, samsung
All products recommended by Engadget are selected by our editorial team, independent of our parent company. Some of our stories include affiliate links. If you buy something through one of these links, we may earn an affiliate commission.