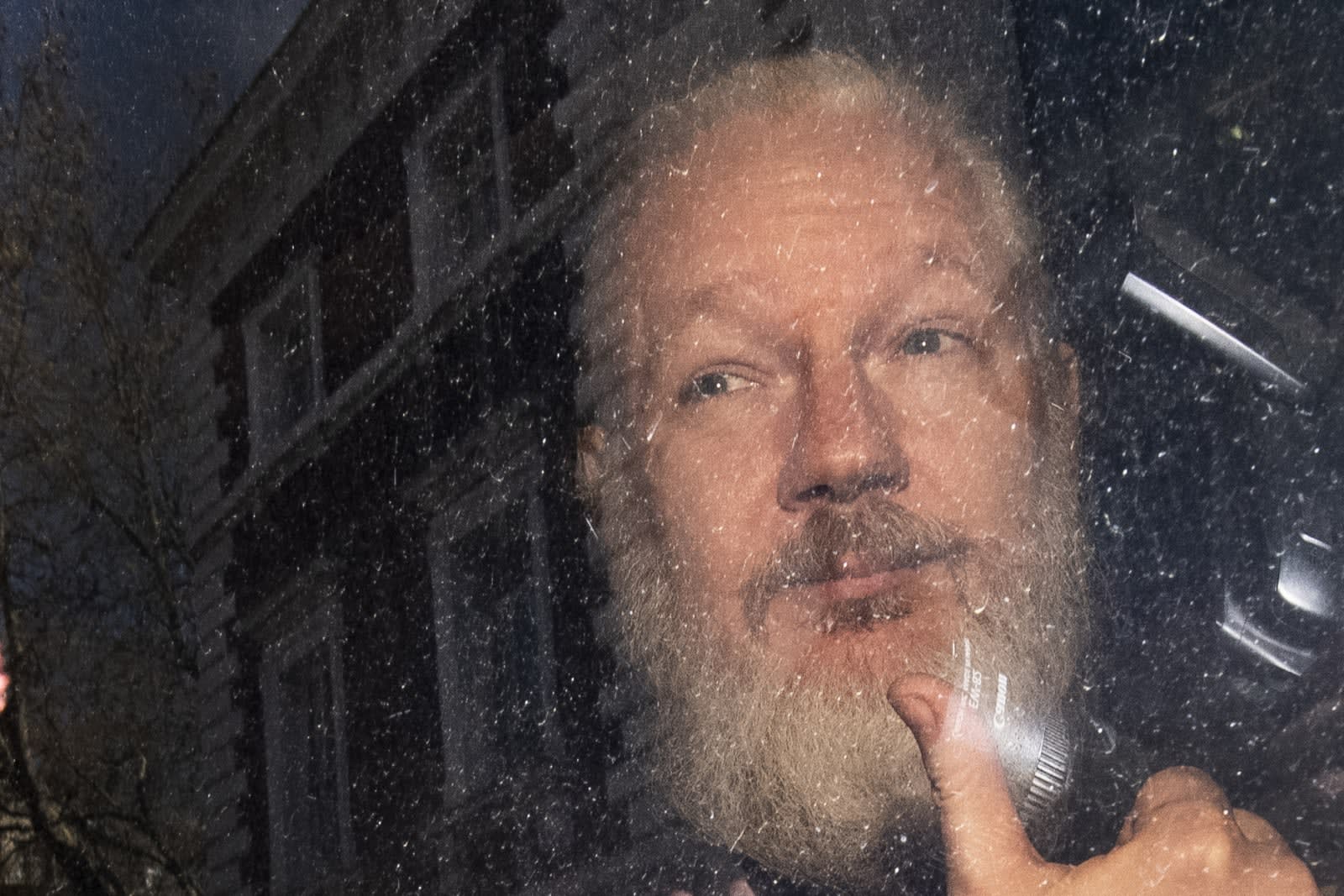 Wikileaks co-founder Julian Assange has been sentenced to 50 weeks in prison for breaching his bail conditions in the UK.

Declaring that "nobody is above the law," Her Honour Judge Deborah Taylor handed down close to the maximum sentence of a year, to chants of "shame on you" from the controversial figure's supporters.

Assange had tidied his appearance somewhat since his removal from the Ecuadorean Embassy and subsequent arrest last month, arriving at court with shorter hair and a groomed beard. His defence claimed he had breached bail in fear of extradition to Sweden or the US, including the possibility of being detained at Guantanamo Bay, tortured or executed.

The judge was handed a letter written by Assange explaining his reasoning for hiding in the Ecuadorean Embassy to avoid charges of sexual assault in Sweden, that in "struggling through terrifying circumstances," he did what he "thought at the time was best or perhaps the only thing that [he] could have done."

Judge Taylor noted in a final assessment that Assange's bail breach was even more serious than the A1 category -- which covers "a failure to surrender represents deliberate attempt to evade or delay justice" -- put forward by the prosecution. Admonishing the defendant, she stated that it was "not for [him]" to choose whether or not to participate in justice, and noted that his stay at the embassy had cost £16 million ($20.9 million) of taxpayers' money.

#Assange Judge: I reject argument you were living in prison conditions. Difficult to imagine more serious example of this offence. Sentence 50 weeks.

The 47-year-old could now be extradited to the US to face charges of federal conspiracy for the release of classified government information in collusion with Chelsea Manning. Manning was imprisoned between 2010 and 2017 for her part in the leak, and is now once again in prison for refusing to testify against Assange.

Source: BBC, Sky News
Coverage: The Julian Assange timeline
In this article: chelsea manning, julian assange, security, tomorrow
All products recommended by Engadget are selected by our editorial team, independent of our parent company. Some of our stories include affiliate links. If you buy something through one of these links, we may earn an affiliate commission.