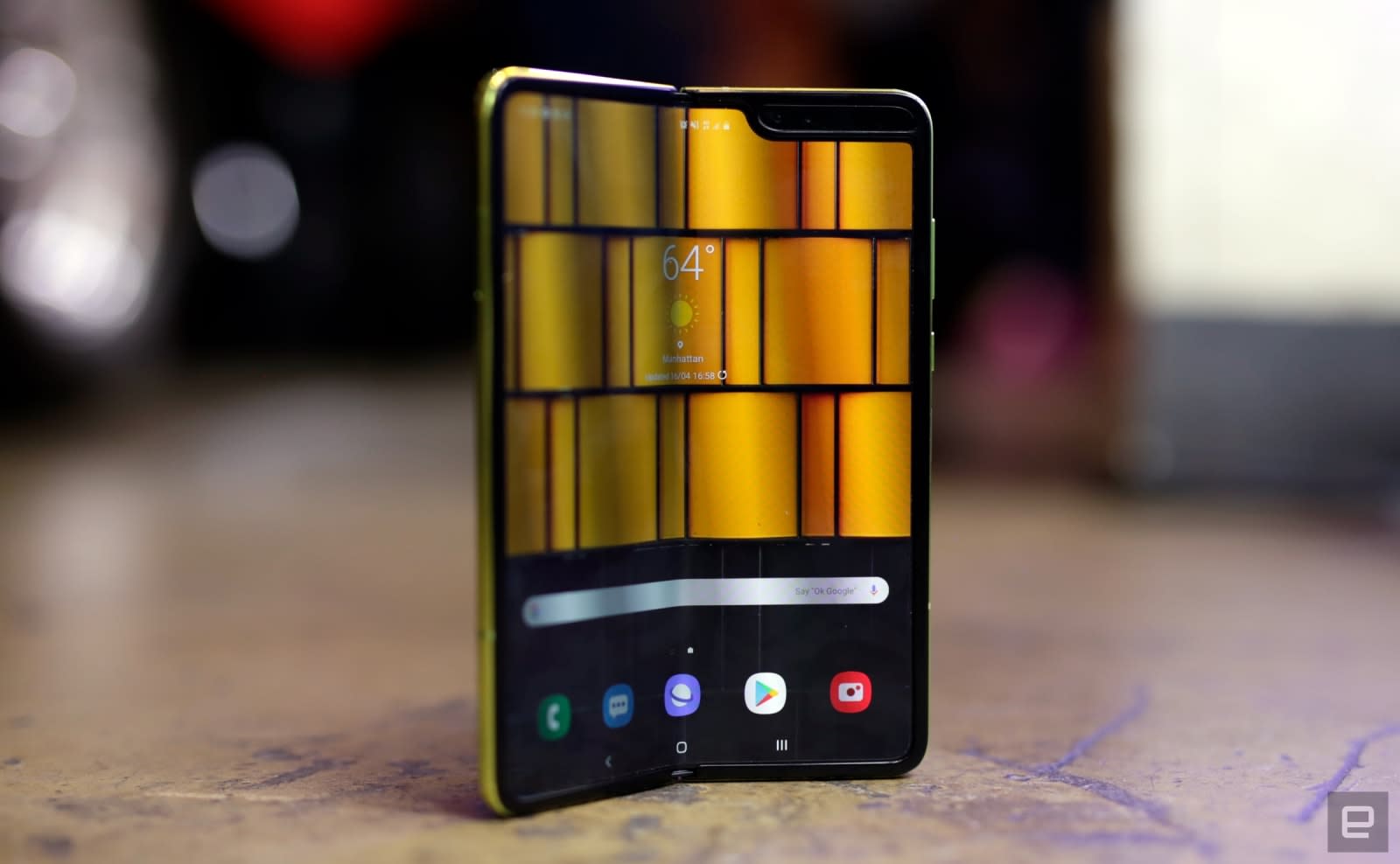 Samsung will decide about a new US launch date for the Galaxy Fold by tomorrow, according to a report from the Korea Herald. In response, a company spokesperson in the UK told Engadget in a statement that it's still planning to announce the date "in the coming weeks." CEO Dong-jin Koh told the Herald that it "has reviewed the defect caused from substances [entering the device] and we will reach a conclusion [about the launch] today or tomorrow."

When the Herald asked whether the phone would launch this month, Koh replied that "we will not be too late." If the company can't launch the device by May 31st, it could be forced to refund US pre-orders for the $1,980 device.

The Galaxy Fold arrived with a lot of fanfare and immediately sold out in the US. It was originally set to launch on April 26th, but reviewers soon discovered that the device was fragile, apparently because of a screen gap that allowed debris to enter the display, causing bulges, tears and other issues. iFixit called the Fold "alarmingly fragile" in a review that has since been pulled. As a result, Samsung delayed the launch, saying it needed "further improvements" and more time to "evaluate this feedback and run further internal tests."

Samsung told the Korea Herald that it has completed internal testing on the defective review samples and is making manufacturing changes to prevent them. Specifically, it's further reinforcing the hinge to increase durability and reducing the gap between the bezel and protective coating to prevent foreign particles from entering the device, the company said.

Update 5/9/2019 6:31 AM ET: A Samsung spokesperson in the UK reaffirmed that the company planned to release the new date "in the coming weeks," and is looking into the Korea Herald report. The article has been updated to reflect the new information.

In this article: defect, DJ Koh, Foldable, Galaxy Fold, gear, KohDongJin, LaunchDate, mobile, samsung
All products recommended by Engadget are selected by our editorial team, independent of our parent company. Some of our stories include affiliate links. If you buy something through one of these links, we may earn an affiliate commission.