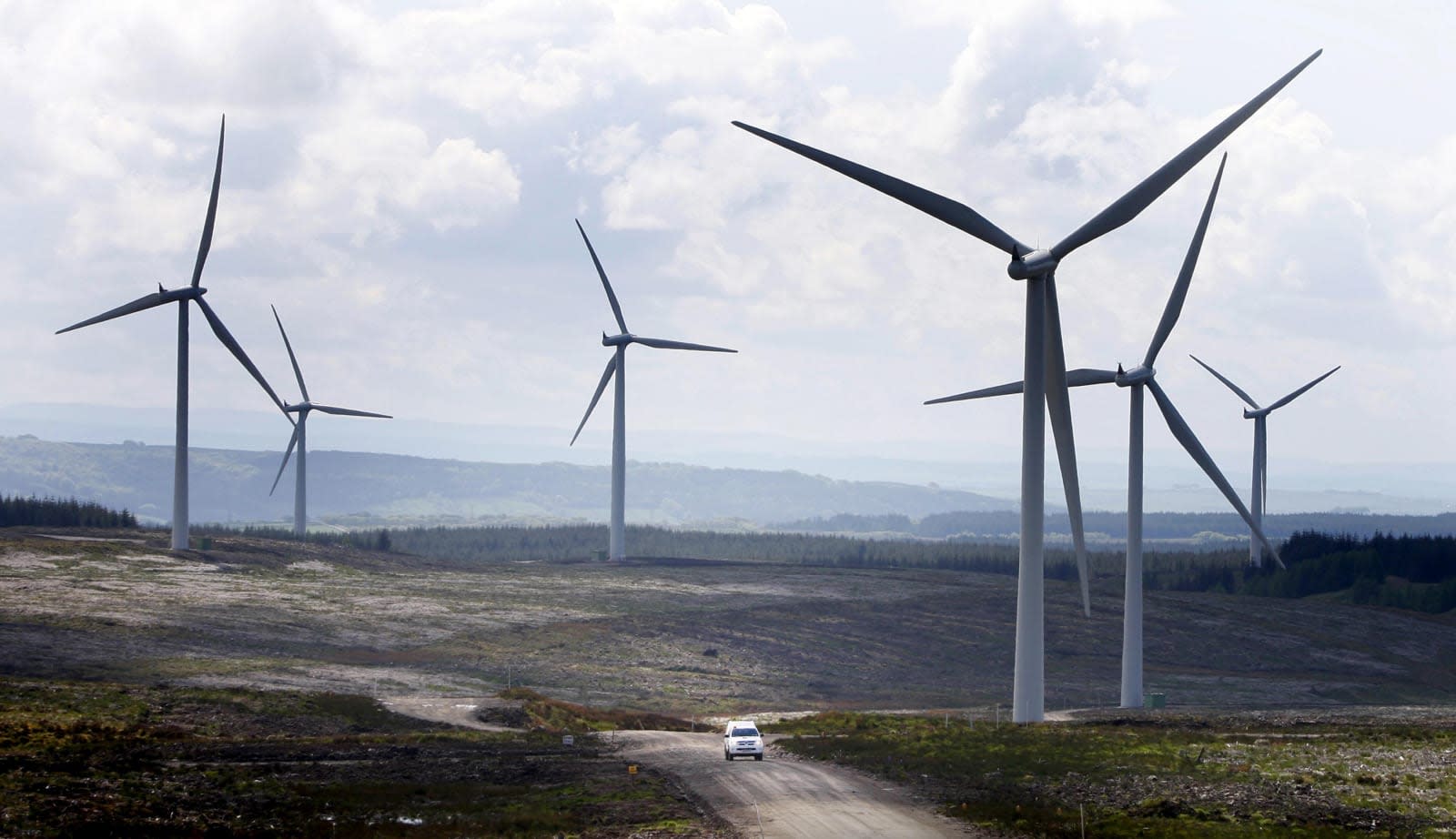 UK energy supplier Scottish Power plans to launch a massive battery-storage system to capture renewable power from its 214 wind turbines. The 50 megawatt lithium-ion battery will allow Scottish Power to store energy when wind speeds are high and release it when they're low. According to The Guardian, this is the UK's most ambitious energy storage project to-date, and it will take the UK one step closer to reaching a net zero carbon economy.

The batteries will also release short bursts of power to fill in the second-by-second fluctuations in the wind-generated electricity. Construction is set to begin at the Whitelee wind farm early next year, and the battery is expected to be up and running by the end of 2020. A string of similar projects will follow across at least six of Scottish Power's other renewable energy sites.

Just months ago Scottish Power sold its last four gas power stations in England. The company plans to focus exclusively on renewable power, and this battery storage project is a critical step. In 2017, Tesla experimented with similar battery storage systems in California and Hawaii, but they have yet to catch on in the US. Perhaps, with a model from the UK and a recent $500 million push from Michael Bloomberg to close the remaining coal-fired power plants, battery storage systems might find a footing in the US, too.

In this article: battery, battery storage, carbon, england, gear, green, lithium ion, net zero, power, renewable energy, scottish power, tomorrow, UK, whitelee, wind farm, wind power, wind turbines
All products recommended by Engadget are selected by our editorial team, independent of our parent company. Some of our stories include affiliate links. If you buy something through one of these links, we may earn an affiliate commission.