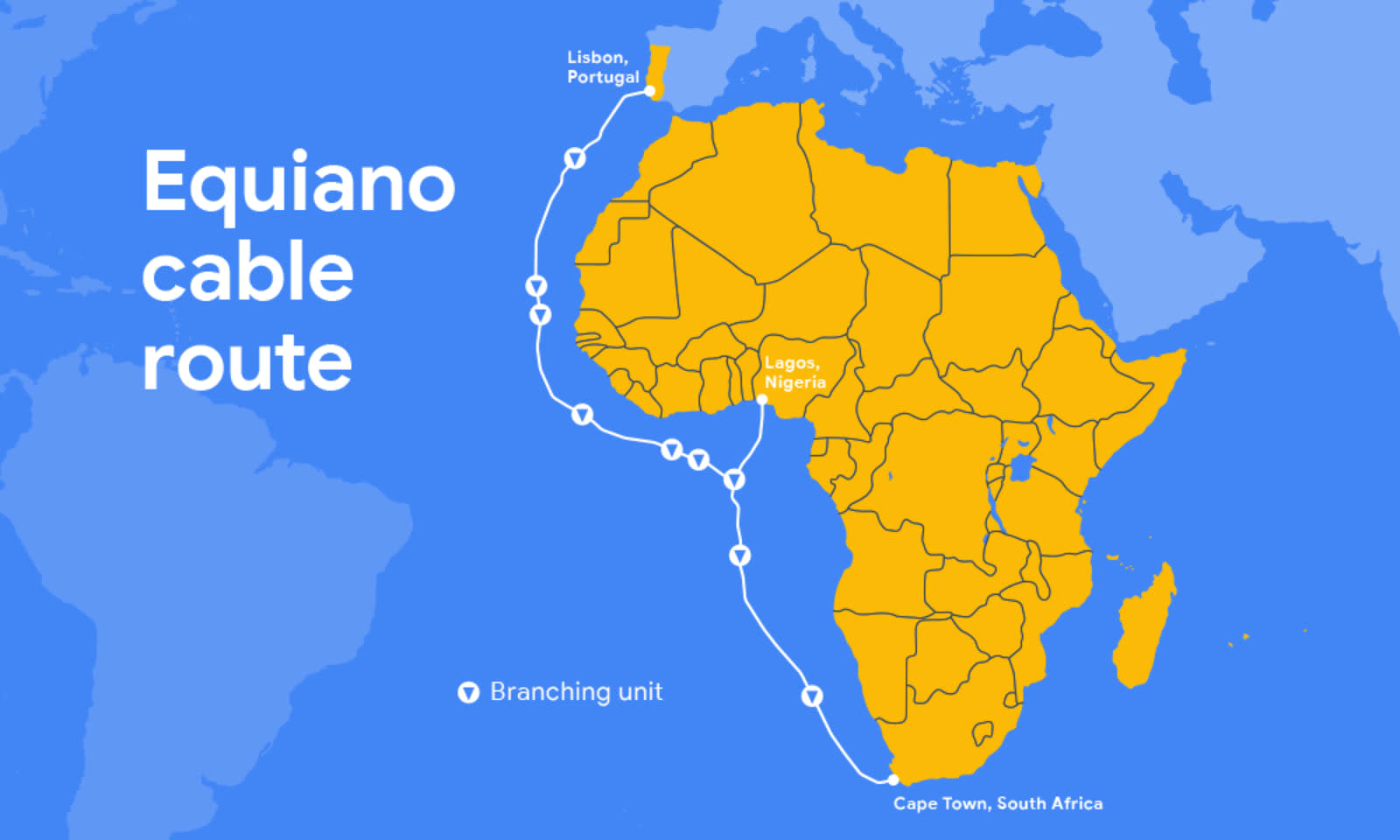 Google has announced its third private undersea internet cable will run between Europe and Africa. One end will make landfall in Portgual. While you might expect the cable would connect to Morocco, it'll run all the way down the African coast to South Africa, with pit stops in other nations.

The Portugal-South Africa portion of the Equiano cable should be up and running in 2021. It's named after writer and abolitionist Olaudah Equiano, who was born in Nigeria -- a likely port of call for an extension of the cable.

Google says it has invested $47 billion over the last three years to bolster its tech infrastructure. Equiano is the 14th cable it has a stake in overall, and Google's third private international cable project. The first, Curie, was completed in April and runs between Chile and Los Angeles. The other cable, Dunant, will link France and the US and should be online next year. Such cables are vital for connectivity, as they shuttle around 99 percent of the planet's data traffic.

The Equiano cable, which will be installed by Alcatel Submarine Networks, is a little different from the others, according to Google. "Equiano will be the first subsea cable to incorporate optical switching at the fiber-pair level, rather than the traditional approach of wavelength-level switching," it wrote in a blog post. Google also claimed it'll have around "20 times more network capacity than the last cable built to serve this region."

In this article: africa, europe, gear, google, internet, nigeria, portugal, south africa, southafrica, subsea cable, subseacable, tomorrow, undersea cable, underseacable
All products recommended by Engadget are selected by our editorial team, independent of our parent company. Some of our stories include affiliate links. If you buy something through one of these links, we may earn an affiliate commission.