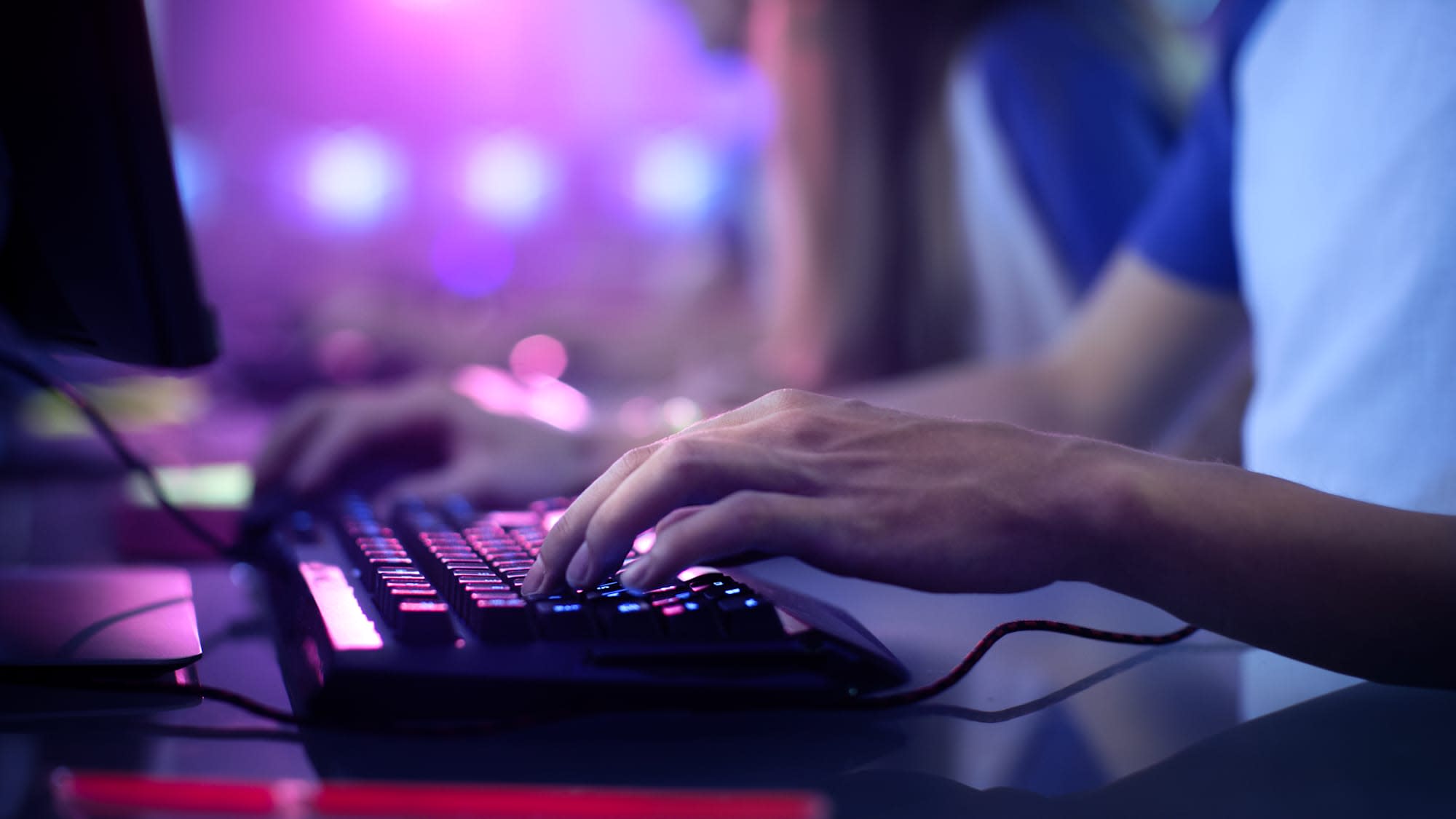 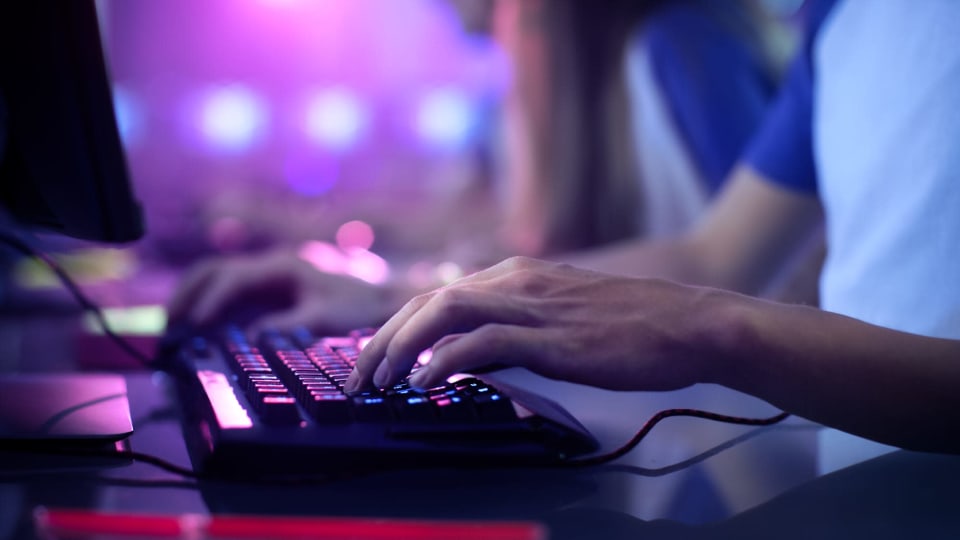 Once again, G2A is being forced to defend its marketplace for digital video game codes and keys. Mike Rose, founder of game publisher No More Robots, launched a petition earlier this month that calls on the company to remove all independent games from its platform. "G2A's platform hurts indie devs time and time again," the Change.org description reads. "By allowing anyone to sell illegitimate keys for their games online, with incredible ease, and no ramifications or checks." At the time of writing, more than 5,000 developers and players have signed the petition.

Why are smaller studios so vexed with G2A? And how are people able to both obtain and sell illegitimate keys? For a full explanation, read on.

The company was founded in 2010 as a traditional online game store. Three years later, the company pivoted and launched G2A Marketplace, a platform that lets anyone buy and sell 'used' video games online. Other sites such as CDKeys and Kinguin offer a similar service, but G2A claims to be the biggest with roughly one million copies sold each month.

Like eBay, G2A is primarily a platform operator. It doesn't sell anything directly to consumers, though it's dabbled in the past with initiatives like G2A Deal, which offered Humble Bundle-style packs of games.

Why do people use it?

In a word: prices. Video games on G2A are typically cheaper than traditional PC vendors such as Steam, Origin and the Microsoft Store. Capcom's sublime Monster Hunter: World, for instance, costs $34.92 on G2A and $59.99 on Steam at the time of writing.

So what's the problem?

Many indie developers say the site is costing them money and, by extension, threatening their livelihoods.

Traditionally, thieves would buy game keys with stolen credit card information. They would list the game on a marketplace like G2A and hope that somebody bought it before the real cardholder noticed and flagged the original purchase. In response, the game developer that received the fraudulent payment had to investigate and, ultimately, reimburse the actual cardholder. "Eventually the developer [was] left with a net loss and a chargeback penalty fee," G2A admitted in a blog post. The person who bought the game through G2A normally lost their copy, too.

Many stores, including Steam, don't sell games as keys, though.

Many of these methods are unreliable, however. Thieves have, therefore, adopted Steam Gifts as a direct replacement for game keys. They're trickier to sell, though, because Gifts can only be sent to people on your friends list. Workarounds have cropped up, though — many of which are detailed on the G2A website — to help buyers and sellers coordinate transfers.

Some Gifts have regional restrictions to stop people from buying and selling the game to those who live in countries where titles are more expensive. But again, sellers have found loopholes. And, just like game keys, Gifts can be bought with stolen credit card information.

Is this a new problem?

No. Many game developers and publishers, including Gearbox Software, TinyBuild, Devolver Digital and Bithell Games, have criticized G2A before.

So why is everyone talking about it now?

On June 29th, Rose sent a tweet about G2A taking out sponsored ads on YouTube. "When you search for our games, you get G2A popping up above our own links — and we make zero money on our games if people buy through the ads," he explained. The next day, Rose said he would rather people pirate No More Robots' games than buy them through G2A.

Please, if you're going to buy a game from G2A, just pirate it instead! Genuinely!

Devs don't see a penny either way, so we'd much rather G2A didn't see money either

Rami Ismail, co-founder of indie game studio Vlambeer, echoed the sentiment: "If you can't afford or don't want to buy our games full-price, please pirate them rather than buying them from a key reseller. These sites cost us so much potential dev time in customer service, investigating fake key requests, figuring out credit card chargebacks, and more."

What was G2A's response?

G2A published a blog post on July 5th that promised to pay developers "10 times the money they lost on chargebacks." The company said it would use an external auditor to check whether the game keys sold through G2A were bought with stolen credit cards. It promised to pay for the first three audits and then split every subsequent investigation fifty-fifty with the developer.

In the blog post, G2A argued that it was "quite impossible" for an "average Joe" to obtain a stolen credit card. It also emphasized how difficult it has become to buy game codes through traditional PC stores like Steam, and said the "overwhelming majority" of keys are bought by wholesalers who deal with developers and publishers directly. As such, the company claimed, "only one percent of transactions are problematic."

G2A reaffirmed that it's happy to work with developers. If a studio reaches out, the company explained, and the keys have been obtained illegally, G2A will remove the listing, block the seller and pass their information onto the relevant authorities. In addition, the company highlighted G2A Direct, a program that allows developers to sell 'official' codes on the marketplace. The scheme also grants access to G2A's database so companies can check the validity of every code on the platform. "We don't want any jerks pretending to be influencers to sell their keys on our marketplace, so we will block those kinds of attempts," the company vowed.

According to G2A, only eight percent of transactions are for indie games. Regardless, if the site didn't exist people would simply use one of its rivals — the problem wouldn't just evaporate. "We want to finally stop the accusations we've been getting from some devs," the company said. "The alleged frauds didn't happen in our ecosystem, but on their own stores [where the keys were originally bought]. Thieves could have sold these keys anywhere. But if they chose G2A, we're ready to make up for it."

Did that settle the issue?

Not at all. That same day, Rose started his petition to remove all indie games from G2A. If Indies make up only eight percent of sales, he argued, G2A shouldn't mind dropping them entirely. "We suggest that G2A could surely take an eight percent hit to their sales, if it means making 99% of developers in the industry happier, and allowing us to retain the perceived value of our games," Rose explained in the petition's description.

On July 7th, G2A updated its blog post: "We received lots of feedback – both positive and negative. Developers themselves have offered some ideas and suggestions regarding the ways we can solve the issues they have with our platform. We need some time to put it all together. We'll get back to you in the next couple of days with a solution."

Something embarrassing for G2A. One member of staff pitched journalists a pre-written story that gave a "transparent" and "unbiased" account of G2A. The email said the company would pay for the piece provided it wasn't "marked as sponsored or marked as associated with G2A." It was inevitably shared and criticized by reporters online. G2A then explained on Twitter that it was sent by an employee "without authorization," who would be facing "strict consequences, as this is absolutely unacceptable."

Okay, and what about the 'solution'?

It would allow studios to manually submit and, consequentially, automatically block review keys from appearing on G2A. A similar system would be offered for giveaway keys, though a prospective seller wouldn't be banned unless they tried to sell more than three listed codes. G2A created a submission form and said it would develop the feature provided at least 100 developers express their interest before August 15th. The company refused to delist indie games altogether, though.

"While we understand their point of view, it's not a black or white situation," the company said in a blog post. "Both sides have valid points and should respect each other's arguments. G2A, like any other marketplace in the world, is to assure that independent sellers can offer the products they own for others to buy. This results in lower prices on games, electronics, gadgets and everything else gamers need."

Not really. Rose called it a "step in the right direction" but noted that it didn't tackle the problem of Steam Gifts. "While the key-blocking initiative is a nice gesture, and if implemented may actually be very useful, it's just yet another example of G2A publicly making some positive-sounding noise, to glaze over the fact that they're not actually addressing the issue at all," he said in a tweet.

Mike Bithell, the head of Volume and Thomas Was Alone developer Bithell Games, added on Twitter: "Bot farmed 'gift' exploitation is the issue, not keys, and you know this, obviously."

- I don't work for you, it's your job to protect the customers you sell unchecked keys to, not mine.
- I don't endorse or work with grey markets, or folks that secretly pay for positive press
- bot farmed 'gift' exploitation is the issue, not keys, and you know this, obviously https://t.co/1qQzkOU3rY

For many indie developers, there's a broader problem, too. Sites like G2A and CDKeys bring down the price of games and, over time, what people believe their favorite titles are worth. "The problem is the perception of value," Rose said earlier in the week. "If someone sees our game at a low price on G2A, they'll automatically be less inclined to buy full price." In a follow-up tweet, he added: "If you see Descenders [a No More Robots game] is available for cheap somewhere dodgy, your brain will say 'hmm, maybe I shouldn't buy it full price?' G2A facilitates this shift every single day."

Will the issue ever be resolved?

Probably not. G2A wants to maintain its business model and deal-hungry players crave the lowest possible prices. Key sellers, too, will always look for ways to make a quick buck online. For developers, it's an uphill battle. The key-blocking tool will be seen as a victory, but they're unlikely to realize their ultimate goal of removing all indie titles from the platform.

In this article: business, G2A, game keys, gaming, internet, key selling, Steam, Steam Gifts
All products recommended by Engadget are selected by our editorial team, independent of our parent company. Some of our stories include affiliate links. If you buy something through one of these links, we may earn an affiliate commission.