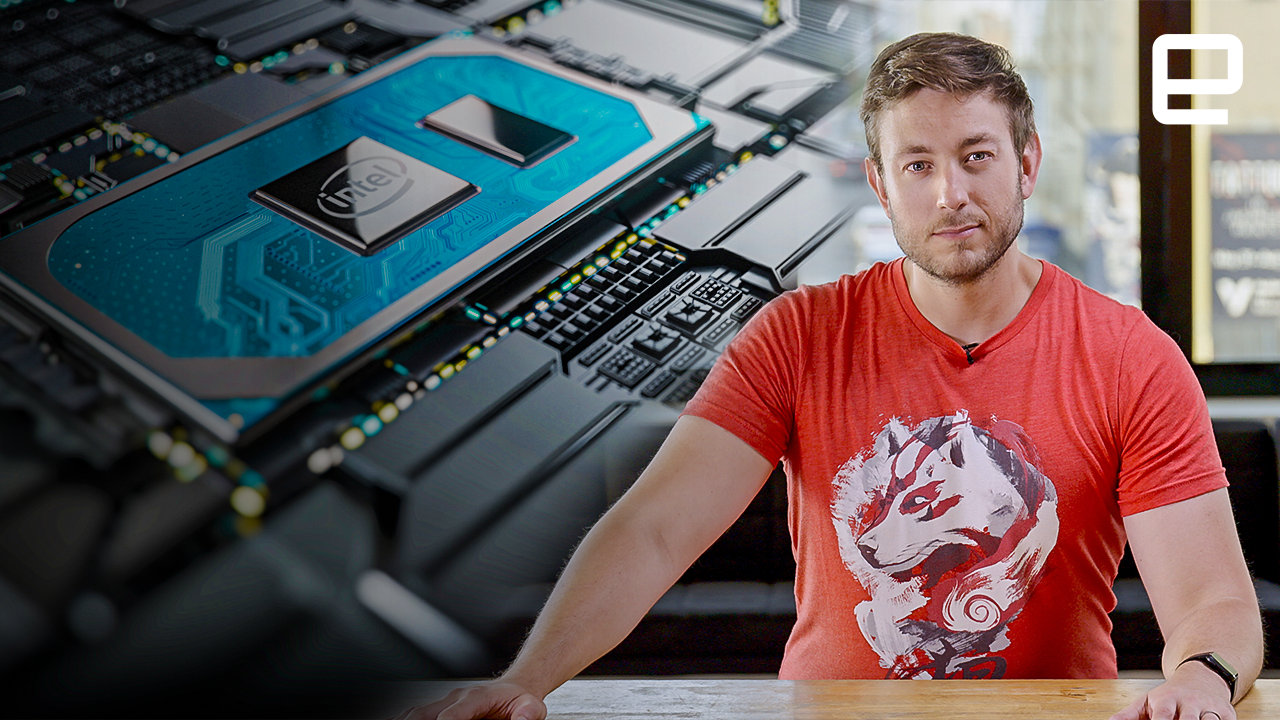 Welcome to the latest episode of Upscaled, our explainer show where we look at the parts that make our favorite tech faster. In this episode we're testing Intel's 10th gen, 10nm CPUs. Smaller transistors are one of the ways companies can speed up a chip, and Intel has been trying to get its transition from 14nm to 10nm processors going for years.

This proved to be a bigger technological challenge than anyone expected, but finally Intel is gearing up to release a new line of chips based on 10nm technology. Code named "Ice Lake" these CPUS promise to be faster, and way more power efficient, and could help bring a new generation of speedy, ultra-long lasting laptops.

But only laptops, because for now at least, Intel hasn't announced any desktop parts based on its new Ice Lake architecture. When they do, if they're anything like the mobile parts we tested, expect them to be seriously speedy. The CPU we benchmarked was the i7 1065G7, and despite being a pretty low-powered chip, it delivered some impressive performance.

Compared to the XPS we brought along, there were big improvements in multicore performance, and a serious boost to graphics power. Check out the full video to see what kind of performance you might be getting in your next laptop.

In this article: amd, engadgetupscaled, gear, intel, personal computing, personalcomputing, upscaled, video
All products recommended by Engadget are selected by our editorial team, independent of our parent company. Some of our stories include affiliate links. If you buy something through one of these links, we may earn an affiliate commission.