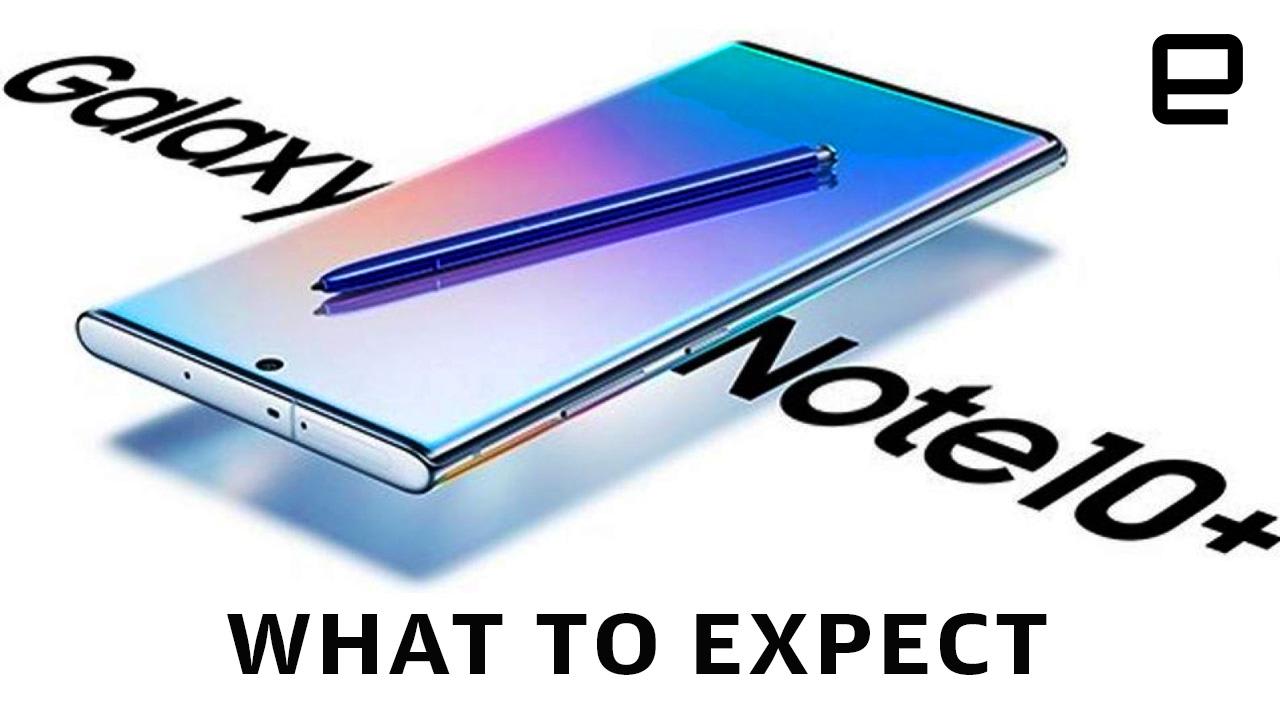 Few companies revel in spectacle the way Samsung does, and if nothing else, the company's Unpacked event in Brooklyn will be an assault on the senses. Of course, all that spectacle serves a purpose: to get people hyped for its newest flagship smartphone, the Galaxy Note 10. We're getting ready to lug our gear onto the subway and report from Barclays Center live on August 7th, but before we do that, let's take a moment to sift through all the things Samsung could (and should) announce in a few days.

We all know what the star (or, if the rumors are true, stars) of the show will be at Samsung Unpacked, but the company already revealed one device that'll probably get at least a little time under the spotlight. It's not hard to think of the Galaxy Tab S6 as Samsung's answer to the iPad Pro, and after a little hands-on time, I can safely say it's a solid high-end tablet option for people who'd rather carry one ultra-portable device to do it all. The Tab S6 is also one of the only other truly premium tablets out there, and while that means it's not a perfect fit for most people, its brilliant screen and included S Pen could give Apple a run for its money. 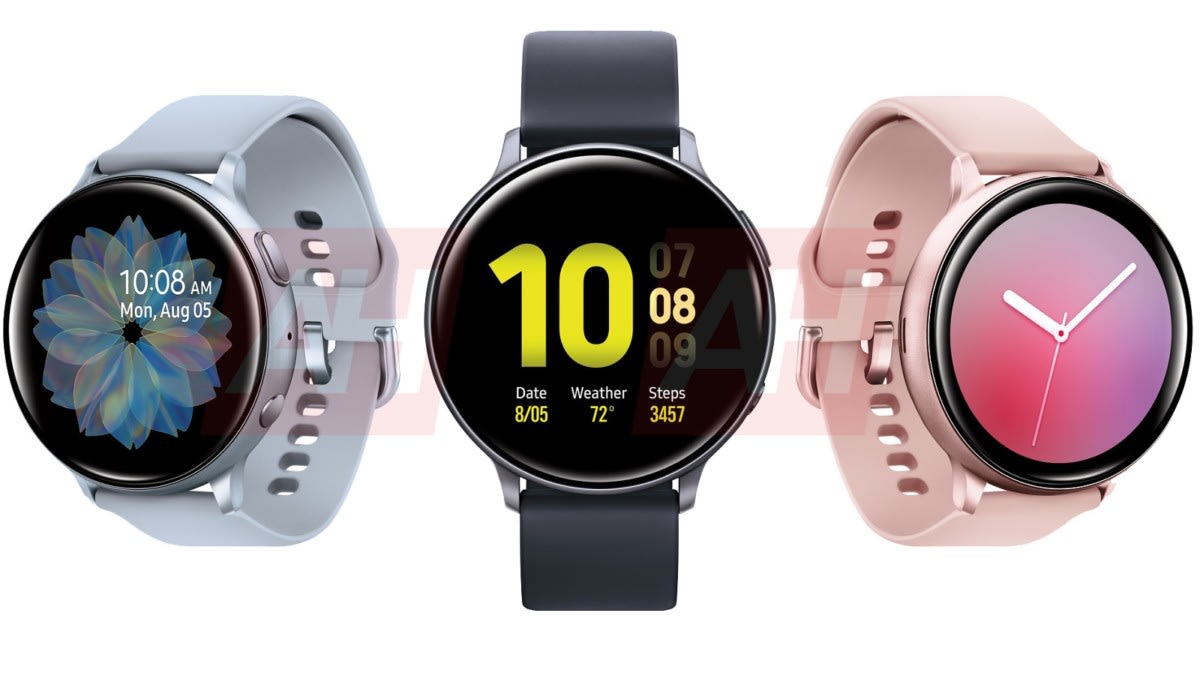 We're also expecting to get a look at a sequel to the Galaxy Watch Active, a fitness-focused smartwatch that only launched earlier this year. To say we're a bit early for an upgrade is putting it mildly, and according to a spate of recent leaks, the new model will sport a design that doesn't differ much from the first one. That said, reports suggest that it'll come in two sizes -- 40mm and 44mm -- instead of just a single 40mm design like the original did. That's good for just about any smartwatch fan who doesn't have trim, twiglike wrists. And while it doesn't feel like that satisfying, clicky bezel that made the Galaxy Watch such a pleasure to play with sometimes, Samsung seems to have achieved the next best thing. By running your finger around the edge of the display, you'll supposedly feel the same haptic clicks as that mechanical bezel while you scroll through apps and menu items.

Beyond that, this new version of the Galaxy Watch Active is expected to be available with LTE support, so you can leave your phone at home when you're stepping out for a long run. Because of these additions and the fact that the Galaxy Watch Active has only been on the market for a few months, it's probably best to look at the Watch Active 2 as a device that fills the gap between the original model and the company's flagship Galaxy Watch rather than as an outright replacement.

Historically, when Galaxy Note time rolled around, Samsung has almost always focused on delivering a single device. That probably won't be the case this time though. If persistent rumors and leaks hold true, the company could reveal as many as three versions of the phone: the Galaxy Note 10, the Note 10+ and a 5G model.

Let's start with the basics. Despite probably being the smallest of the new models, the standard Galaxy Note 10 will still be a handful, thanks to the 6.3-inch Dynamic AMOLED display it's supposed to pack. For those keeping count, that's ever so slightly smaller than the screen we got in last year's Galaxy Note 9, but it could feel even more compact because of its impressive design. If a multitude of leaked images are to be believed, the Note 10 (and its bigger variants) will have barely there bezels and a tiny, center-aligned hole cut for a front-facing camera.

The downside here might be the screen's resolution. Samsung has run with Quad HD displays in all of its Note smartphones since the Note 4, but the standard Note 10 might only run at Full HD+ (think of it as a slightly stretched-out 1080p). If true, that choice should help keep the Note 10's price tag more manageable, but it's too early to say for sure if Samsung is trying to make a Note version of the S10e. If we had to guess, it's more likely that the bigger Note 10+ will be prohibitively expensive for some people, and Samsung wanted to make the Note line at least slightly more accessible.

In any case, the standard Note 10 is shaping up to be a powerhouse: Leaks suggest it'll use Qualcomm's recently updated Snapdragon 855+ chipset with 8GB of RAM and 256GB of storage. You should also expect a triple-camera system here like the one in the S10 and S10+, which includes standard wide, ultra-wide and telephoto lenses. The same should largely be true of the Note 10+ model, save for possibly more RAM (some people have said it would ship with a whopping 12GB), a 6.8-inch Dynamic OLED screen and an even bigger battery. If these reports are accurate, you can expect the Note 10+ to command a considerable premium over the regular model.

At the end of the day, though, we're looking at two similar devices with one crucial gimmick. A Galaxy Note wouldn't be a Galaxy Note without the S Pen. Samsung gave its smartphone stylus the ability to act as a remote control with last year's Note 9, but Samsung is expected to push the idea of "air gestures" pretty heavily this year. Beyond just controlling certain facets of the phone with the S Pen's single button, you'll supposedly be able to activate shortcuts and perform specific actions by using the stylus to draw shapes above the screen.

And the best part? Samsung itself might have indirectly confirmed these rumors by announcing the Galaxy Tab S6. The company's new tablet offers a similar feature, which we've already tried out. Among other things, you can use the S Pen's swish-and-flick gestures to switch between the tablet's front- and rear-facing cameras and toggle through different camera modes. At this point, we'd be shocked if the Note 10 didn't have something similar onboard.

By now the Note 10's broad strokes are pretty clear, but there are a few more interesting bits worth mentioning. A leak from Ishan Agarwal claims that the Note 10 will be rated IP69 for dust and water resistance, and the eagle eyed among you might notice that this rating doesn't technically exist yet. If true, though, the Note 10 series could handle submersion and high-pressure water jets better than any other smartphone out there. We're inclined to believe it because of some subtle changes to the Note's design. If you take a closer look at some of the leaked images out there, there's no headphone jack present -- you'll have to use an included USB-C headphone dongle. And beyond that, other reports suggest that Samsung might have ditched the traditional phone earpiece in favor of a screen that doubles as a speaker.

Samsung was one of the first smartphone makers to embrace 5G earlier this year with -- what else? -- the Galaxy S10 5G. In case you haven't stumbled across one in the real world, it's an even bigger version of the standard Galaxy S10+, with a few added niceties like front- and rear-facing time-of-flight sensors for improved depth sensitivity. (The idea is that you'll use it for augmented reality and better bokeh in videos.) That leads us to a handful of the last big, unanswered questions about the new Galaxy Note: Will they all support 5G? Or will Samsung build a separate, 5G version of the Galaxy Note like it did with the Galaxy S10s?

Well, based on some Verizon leaks posted by Evan Blass, it looks like Samsung is crafting a distinct, 5G-friendly version of the Galaxy Note 10+. Other carriers might have similar deals in the works too, but we haven't heard of any yet. (Disclaimer: Verizon is Engadget's parent company, but frankly, we don't care what network you choose.)

Samsung could use some of its time at Unpacked to get more specific about when the Galaxy Fold will officially go on sale but, uh, don't count on it. For one, it has long been suggested that Samsung won't address the Galaxy Fold at Unpacked at all, and beyond that, invoking the image of its most ambitious smartphone could draw attention away from the devices everyone actually came to see. That's just bad business.

Samsung also used Unpacked last year to talk about the Galaxy Home, a curiously shaped smart speaker that serves as a vessel for its Bixby virtual assistant. It didn't take long for the company to clam up about the product though: It made an appearance at CES 2019 but faded into the background almost completely after that. This would be a great opportunity for Samsung to shed more light on what it's been doing all this time, but considering the sheer number of new devices that'll be announced, we wouldn't count on it.

In this article: galaxy note, galaxy note 10, gear, impressions, mobile, note10event, personal computing, personalcomputing, preview, samsung, samsung galaxy, unpacked, wearables
All products recommended by Engadget are selected by our editorial team, independent of our parent company. Some of our stories include affiliate links. If you buy something through one of these links, we may earn an affiliate commission.