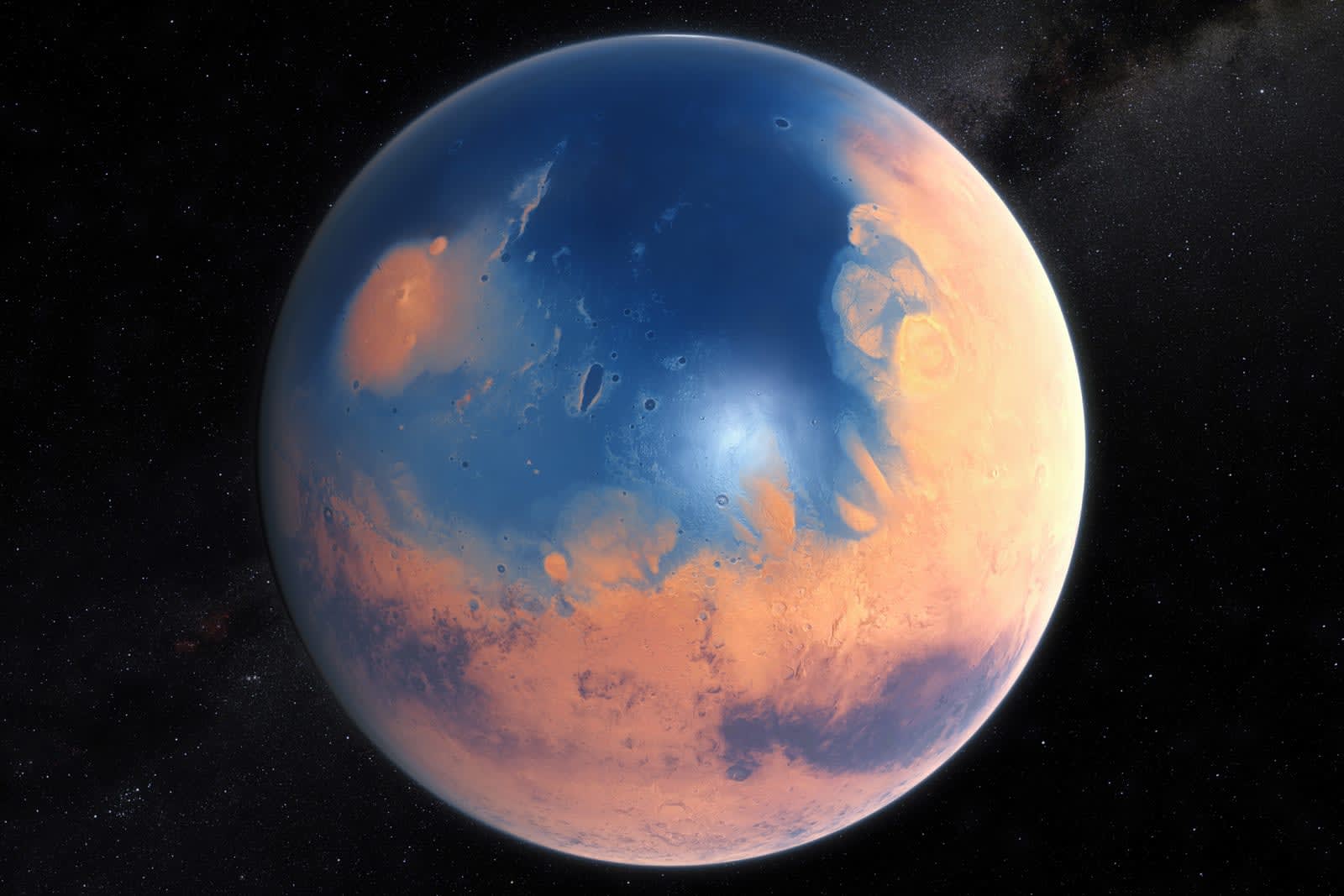 There appears to be stronger evidence of a possible ocean on ancient Mars. A recent study indicates that the meteor that created the 75-mile Lomonosov crater may have produced a "mega-tsunami" that left its mark on the planet. Its rim is the same height as the estimated depth of the ocean and resembles marine craters on Earth. Also, a hole in the southern lip of the crater could have been the result of the ocean roaring back from that direction. Earlier evidence had hinted the ocean's shores were shaped by at least one impact in the same general area as the Lomonosov crater -- this latest study, however, has narrowed things down to a specific impact site.

Scientists are quick to caution that there's no definitive proof that Mars had an ocean billions of years ago. More data would be needed to verify that the Lomonosov theory lines up. Even if that evidence doesn't materialize in the near future, though, the findings suggest that future Mars missions could focus their search for traces of life in a relatively limited area.

Via: New York Times
Source: Wiley
In this article: exobiology, exogeology, mars, science, space, tomorrow
All products recommended by Engadget are selected by our editorial team, independent of our parent company. Some of our stories include affiliate links. If you buy something through one of these links, we may earn an affiliate commission.