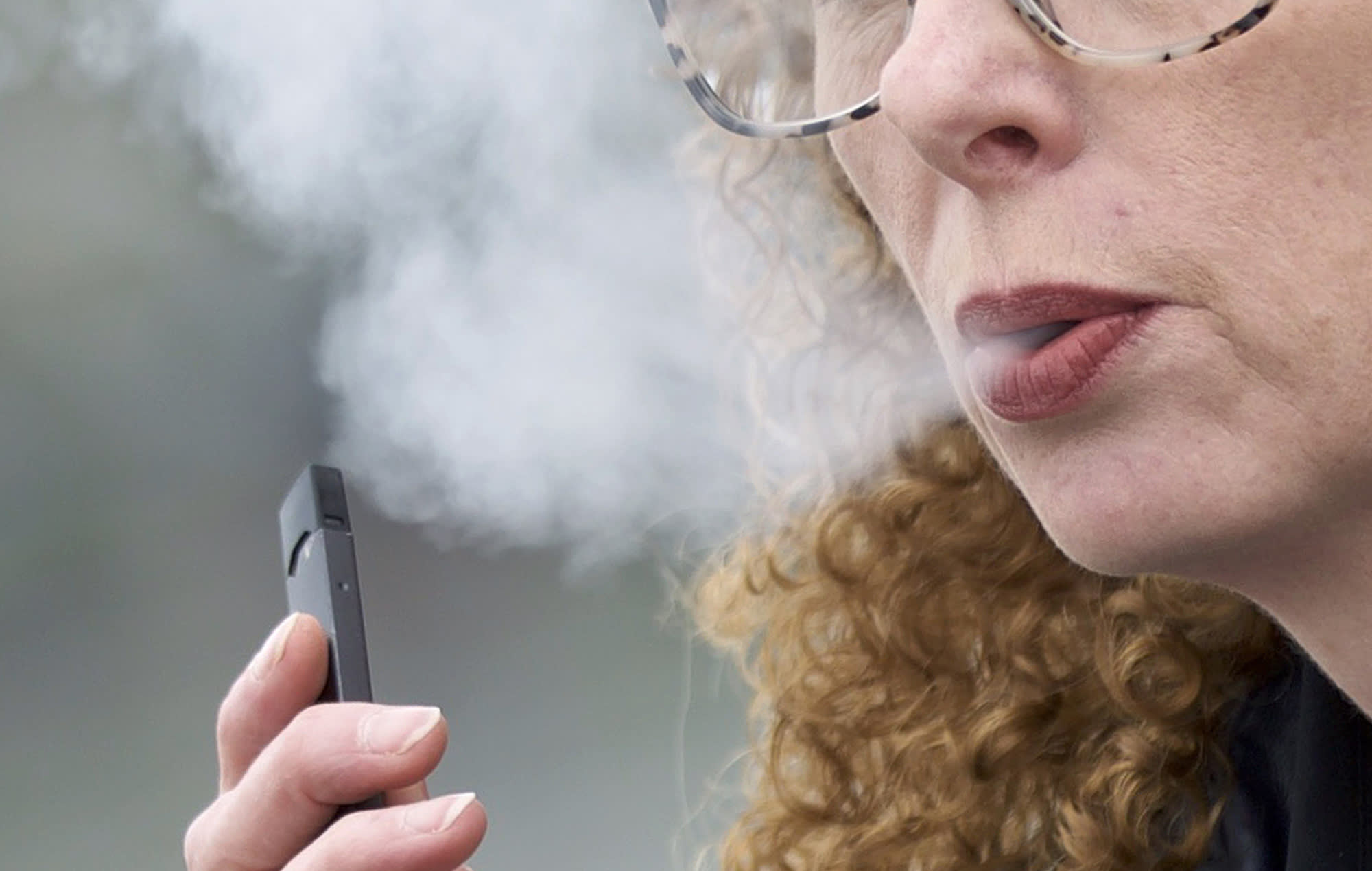 E-cigarette manufacturer Juul has come under fire for contributing to teen smoking rates. Recently, the company has been scrambling to demonstrate its products are aimed at adults, not teens. Its latest defense is an app-connected e-cigarette which requires users to be over 18.

The product, called the Juul C1, pairs with an Android-only app via Bluetooth and has been launched in the UK after a trial in Canada, as reported by The Financial Times. It records data on when and where it is used and keeps track of how many puffs a users takes, tracking their average smoking habits. It also has connectivity features like a locator to find your vape if you lose it and a device lock to prevent anyone other than you from using your device.

A big part of the push toward tracking is to keep the product out of the hands of teenagers. E-cigarettes carry heath risks like cancer and heart disease, and the FDA is concerned that teens who vape are more likely to start smoking cigarettes. San Francisco has even banned e-cigarettes all together.

The C1 app uses facial recognition and a two-step background check to verify a user's age, preventing teenagers from using the device. Recent reports suggest Juul is considering introducing geofencing which would prevent its product from being used in certain areas such as in and around schools. While the C1 doesn't currently do these things, moving vapes towards app connectivity will allow Juul to implement these sort of features down the line.

Of course, there's nothing to stop teens from avoiding the C1 or other smart vapes and picking up a traditional dumb e-cigarette instead. And that's not to mention the privacy issues around a product which collects so much data from its users.

According to a Bloomberg report, Juul is planning to release Bluetooth-controlled vapes internationally, so the product could come to the US soon.

Via: Financial Times
Source: Juul
In this article: bluetooth, connectivity, e-cigarettes, gadgetry, gadgets, gear, juul, security, teenagers, vaping
All products recommended by Engadget are selected by our editorial team, independent of our parent company. Some of our stories include affiliate links. If you buy something through one of these links, we may earn an affiliate commission.