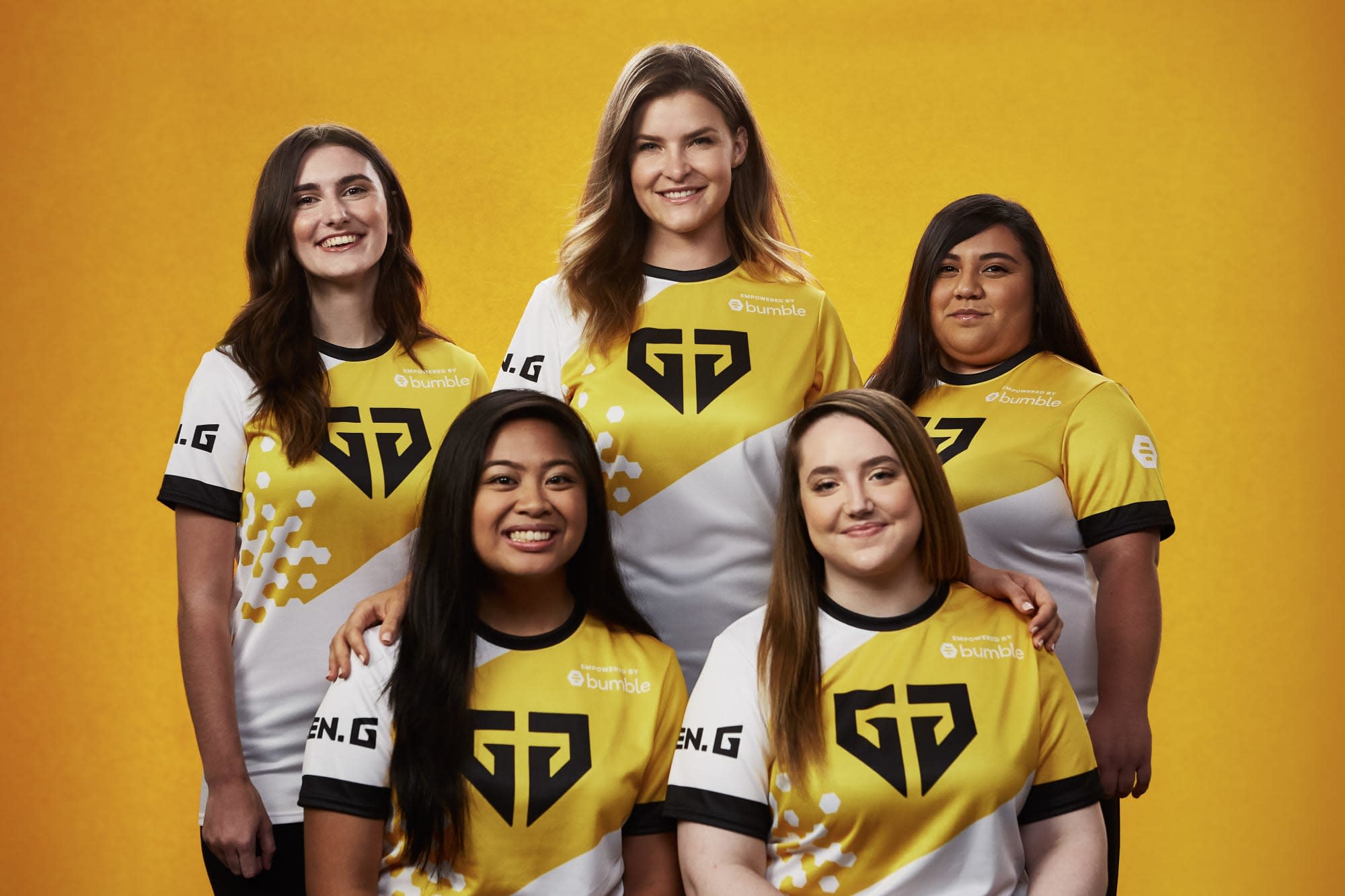 Women make up roughly 35 percent of Fortnite's players, but none of them were represented at this year's World Cup. Bumble, the women-first dating app, has teamed up with esports organization Gen. G in order to change that. The two companies have formed "Team Bumble," a group of professional Fortnite players and the world's first all-women esports team. The lineup includes Kristen "KittyPlays" Valnicek, Madison "maddiesuun" Mann, Tina "TINARAES" Perez, Carlee "Carlee" Gress and Hannah "Hannah" Reyes. Bumble told Engadget that recruitment for the team is finished, but future players will be brought on as needed.

"Bumble is in the unique position of providing value to an entire generation of gamers, encouraging them to strive for their goals and facilitating ways to connect them IRL. The future is bright and I can't wait to see the impact we make together!," said Valnicek in a statement. The 28-year old Canadian is one of the most followed streamers on Twitch, and last year was made head of Gen. G's new gaming initiatives.

As a part of the partnership, Bumble will provide a dedicated streaming room at the Gen. G training facility in Los Angeles. The dating app company will also work with Gen. G to create new platforms to drive female empowerment in the gaming community. Bumble already has a "gaming" badge on its feature for platonic friends, Bumble BFF, which will allow women to filter matches for other gamers. It will also co-host events and live-streaming opportunities with #TeamKitty, the female gaming network created by Valnicek.

Gen. G, which fields other mixed-gender esports leagues, has said it wants to even the playing field for professional female gamers. "We take seriously our opportunity and responsibility to support emerging segments of the esports community, especially by creating and strengthening platforms for women," said Chris Park, CEO of Gen.G, in a statement. Fornite's appeal to women and other gamers that don't fit the typical demographic of young males has been crucial to its success. While there's no shortage of talented female players of the Epic game, there's a noticeable gap at the professional level. It's no doubt that the boy's club atmosphere of professional gaming, where women often face threats and harassment, has played a role. While the demonstrated interest of companies will help, it's up to the male-dominated gaming community at large to become more tolerant of their fellow players.

In this article: Bumble, business, epic games, fortnite, fortnite battle royale, fortnite world cup, gadgetry, gadgets, gaming, internet
All products recommended by Engadget are selected by our editorial team, independent of our parent company. Some of our stories include affiliate links. If you buy something through one of these links, we may earn an affiliate commission.