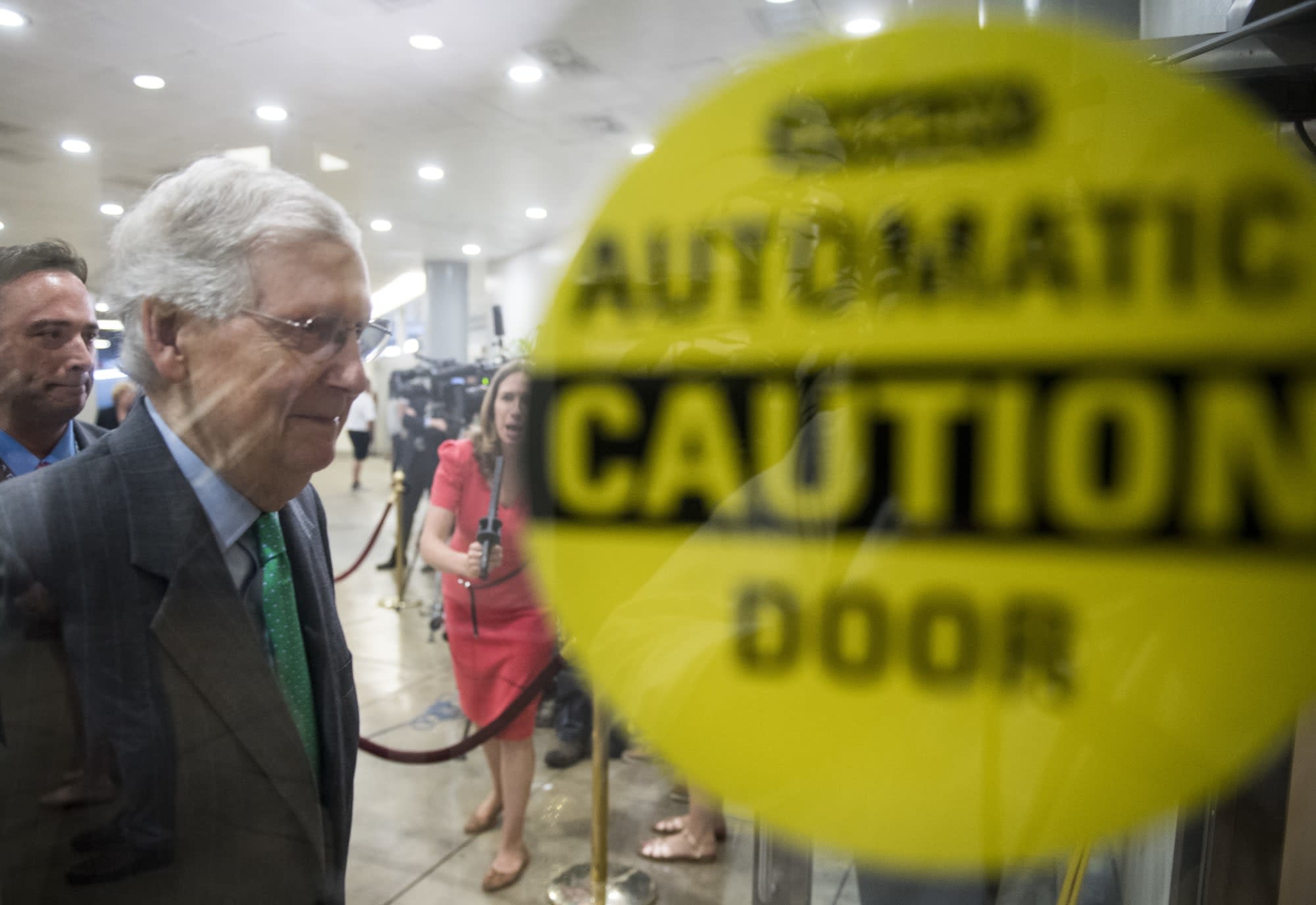 Twitter unfroze Senate Majority Leader Mitch McConnell from his campaign account today after the lawmaker was suspended for posting a video of angry protestors that violated the site's guidelines. The social media giant today explained the reasoning behind locking the GOP politician's account in a series of tweets. The team at Twitter wrote that they agreed to review the case after multiple affected individuals, including members of McConnell's staff, reached out to them.

Earlier this week, McConnell and several others posted a video of a group of protesters who gathered outside the lawmaker's Kentucky home in order to demand action on recent mass shootings. The profanity-laden footage featured individuals hurling threats at McConnell. Twitter found that the video violated its abusive behavior policy -- which bans threats against an individual or group of people -- and froze McConnell's account.

Rather than targeting the Kentucky lawmaker solely, Twitter also suspended the accounts of several others who posted the video in an effort to prevent it from spreading. Twitter initially offered to unsuspend McConnell if he simply deleted the offending video. The company eventually decided to allow the video to remain on the site with a warning for sensitive media. It has selectively applied such warnings in the past in cases when rule-breaking content is still in the public interest.

Conservatives have long argued that social media giants such as YouTube, Twitter and Facebook are biased against right-wing causes and accused the platforms of censorship. The social media giant has suspended the accounts of right-wing figures and conspiracy theorists, including one that had been retweeted by Trump only hours earlier. Still, it's unclear what incentive the social media giant would have for censoring a sizeable chunk of its user base. Both Twitter CEO Jack Dorsey and Facebook founder Mark Zuckerberg met with various conservative leaders earlier this year to hear their concerns. Back in May, Twitter deplatformed Ed and Brian Krassenstein, a pair of Anti-Trump activists who used bogus accounts to boost their reach. A move like that is an example of Twitter scrubbing bad actors from its site regardless of their politics, but it hasn't done much to quell the calls of anti-conservative bias.

In this article: censorship, congress, entertainment, mitch mcconnell, politics, security, shadow banning, twitter
All products recommended by Engadget are selected by our editorial team, independent of our parent company. Some of our stories include affiliate links. If you buy something through one of these links, we may earn an affiliate commission.