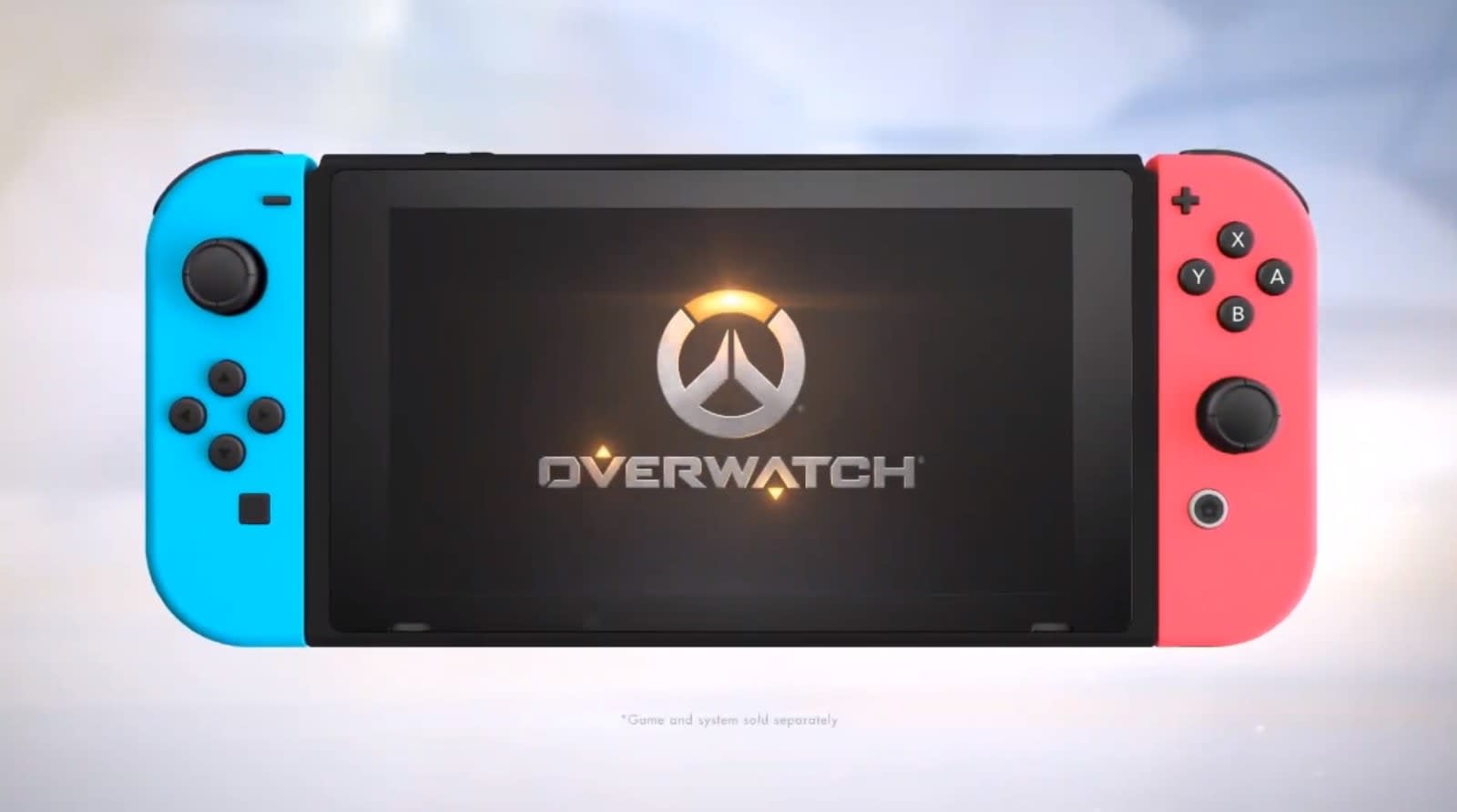 Nintendo has confirmed one of the biggest rumors in gaming over the last week or so is true: Overwatch will be available on Switch this fall. It revealed the news in its latest Direct, after a couple of leaks and a Kotaku report indicated Blizzard's FPS was making its way to the console. You'll be able to start pushing payloads on Switch October 15th.

The colorful team-based shooter seems like a good fit for the Switch, though how well it runs on the console remains to be seen. That said, if Nintendo's hybrid can handle the demanding Witcher 3 (albeit with some compromises), it seems you should be able to play Overwatch at a decent enough framerate while you're on the go. Assuming you have a reliable data connection for the online-only game, that is.

The fight for the future arrives on Nintendo Switch October 15! pic.twitter.com/Bbf5xhaRs6

"Overwatch brings players together to cooperate and compete in a bright and optimistic vision of the future, and we're looking forward to welcoming Nintendo Switch gamers into the fun," J. Allen Brack, president of Blizzard Entertainment, said in a statement. "The Legendary Edition includes more than three years' worth of content updates and gameplay enhancements, and we're excited to team up with Nintendo to provide players with new ways to enjoy the full Overwatch experience -- including on the go."

The Switch version has a little something extra compared with other platforms: motion controls. There's also a bonus Widowmaker skin on offer if you pre-order a copy and you'll get three months of Nintendo Switch Online with the game. If you log in by December 31st, you'll receive a Golden Loot Box as a bonus which includes at least one legendary item. Blizzard is also offering 15 bonus skins with Overwatch Legendary Edition for Nintendo Switch: five legendary outfits, five epic looks and five origin skins. It'll be available in a boxed version (with a download code) and through the Nintendo eShop for $39.99.

Cross-play won't be available at launch. Blizzard sent the following statement to Engadget regarding cross-platform capabilities: "We've seen how compelling cross-system play can be for our community, and we're excited about the potential. There's still a lot of work to do on both our side and the platforms' side to determine whether this is something that makes sense for Overwatch, and we're keeping an eye on how cross-play systems and technology develop."

So, for the foreseeable future, it seems you won't be able to access skins, voice lines and sprays you've earned on PS4, Xbox One or PC when you play on Switch. Still, Switch owners will finally be able to find out for themselves what all the fuss is about with this game next month.

In this article: av, blizzard entertainment, blizzardentertainment, gaming, nintendo, nintendo direct, nintendo switch, nintendodirect, nintendodirectsept2019, nintendoswitch, overwatch, switch
All products recommended by Engadget are selected by our editorial team, independent of our parent company. Some of our stories include affiliate links. If you buy something through one of these links, we may earn an affiliate commission.