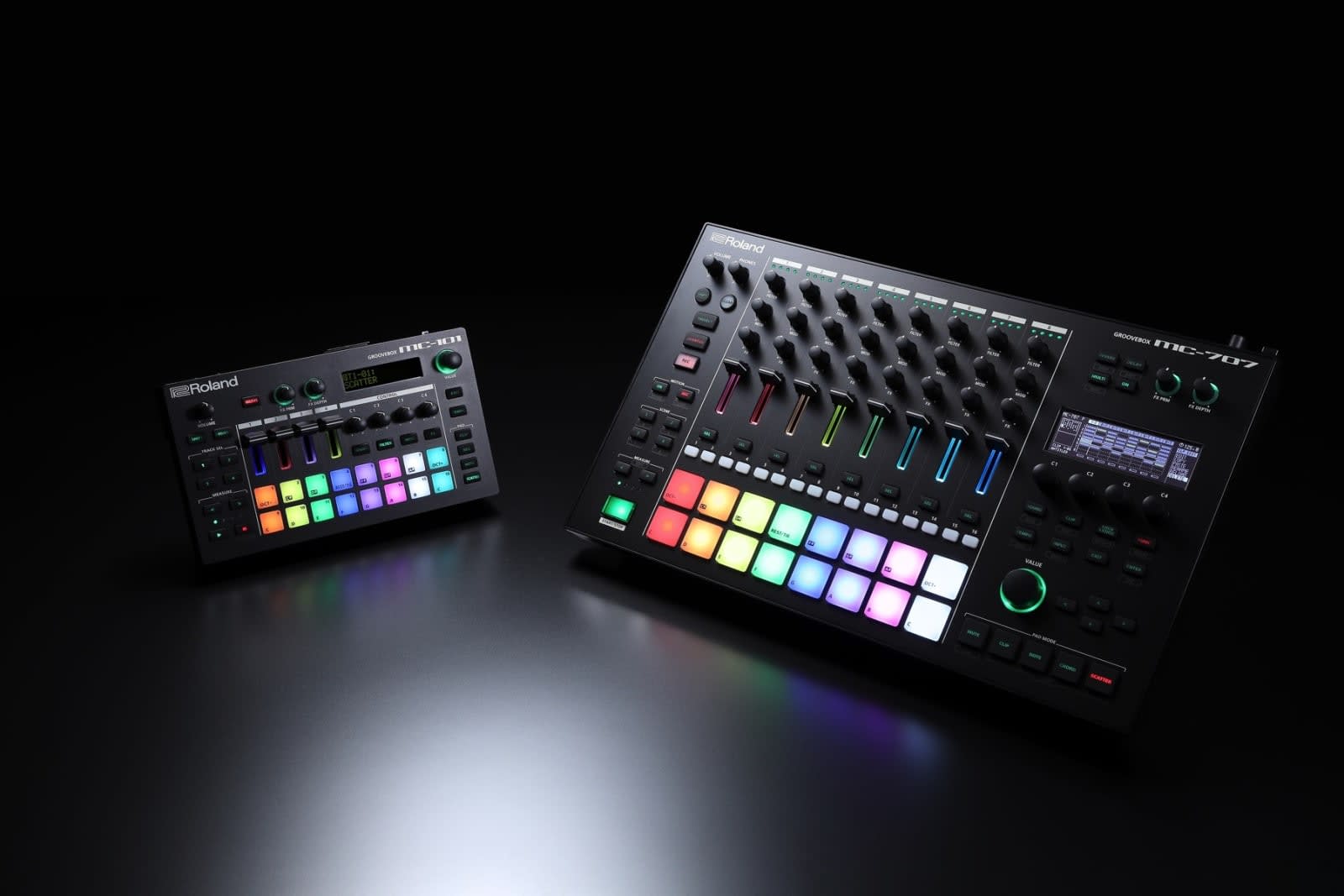 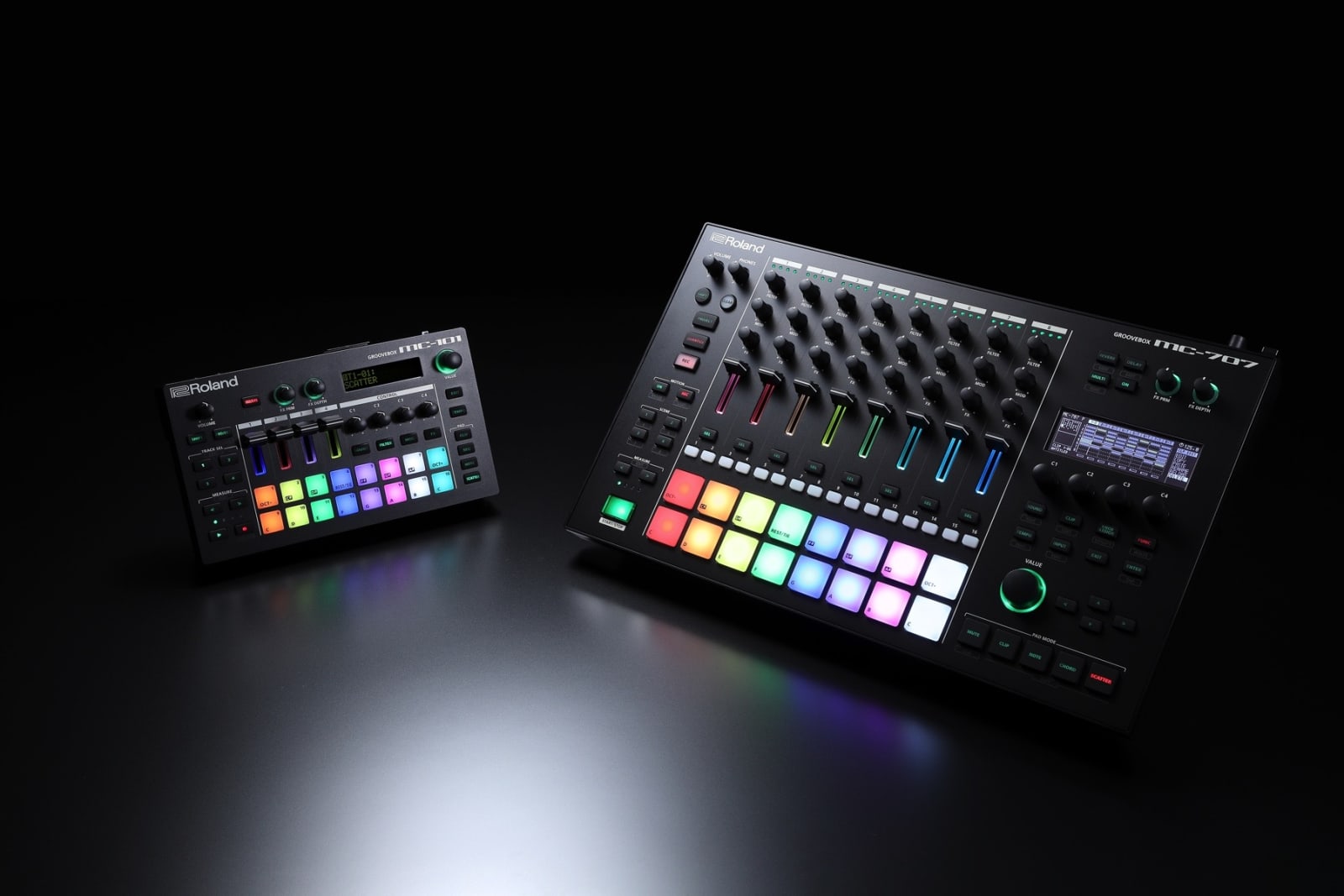 While, what we've come to call "grooveboxes" have been around for some time, it was Roland that first used the term and really pioneered these sort of all-in-one music production boxes. But, the company quietly let its MC line of loop-based musical instruments die in 2008. 11 years later though, it is attempting to steal back its crown with the all new MC-707 and the MC-101.

Like the MC-808, 909, 505, 307 and 303 (phew) before them, the MC-707 and 101 are self-contained loop-based music production boxes. That means there's no need to connect to a computer or plug in any additional instruments. They're synthesizers, drum machines and sequencers all in one.

The larger, and more expensive, MC-707 can not only emulate sounds from Roland classics like the TR-808, TB-303 and Juno (yes, Roland's love of certain numbers is unnecessarily confusing), it also has sampling capabilities for expanding your sonic palette. All told there are eight sequencer tracks for building melodies, drum patterns and basslines. Plus a host of integrated effects for filling out your sound.

The MC-101 has all of the same built-in sounds, but scales things back to just four sequencer tracks. But, unlike its big brother, it's portable and can be powered by four AA batteries, for beat making on the go.

Both instruments have plenty of knobs and faders for hands-on control. Plus they have 16 pads for finger drumming and programming the sequencer. Their design is definitely reminiscent of Roland's recent drum machines, like the TR-8S, but slightly less garish, which is nice. (Don't worry, they're still kinda garish.) The MC-707 and MC-101 will be available later this month for $1,000 and $500 respectively.

In this article: av, drum machine, gadgetry, gadgets, gear, groovebox, mc-101, mc-707, microcomposser, music, musical instrument, roland, sampler, synth, synthesizer
All products recommended by Engadget are selected by our editorial team, independent of our parent company. Some of our stories include affiliate links. If you buy something through one of these links, we may earn an affiliate commission.