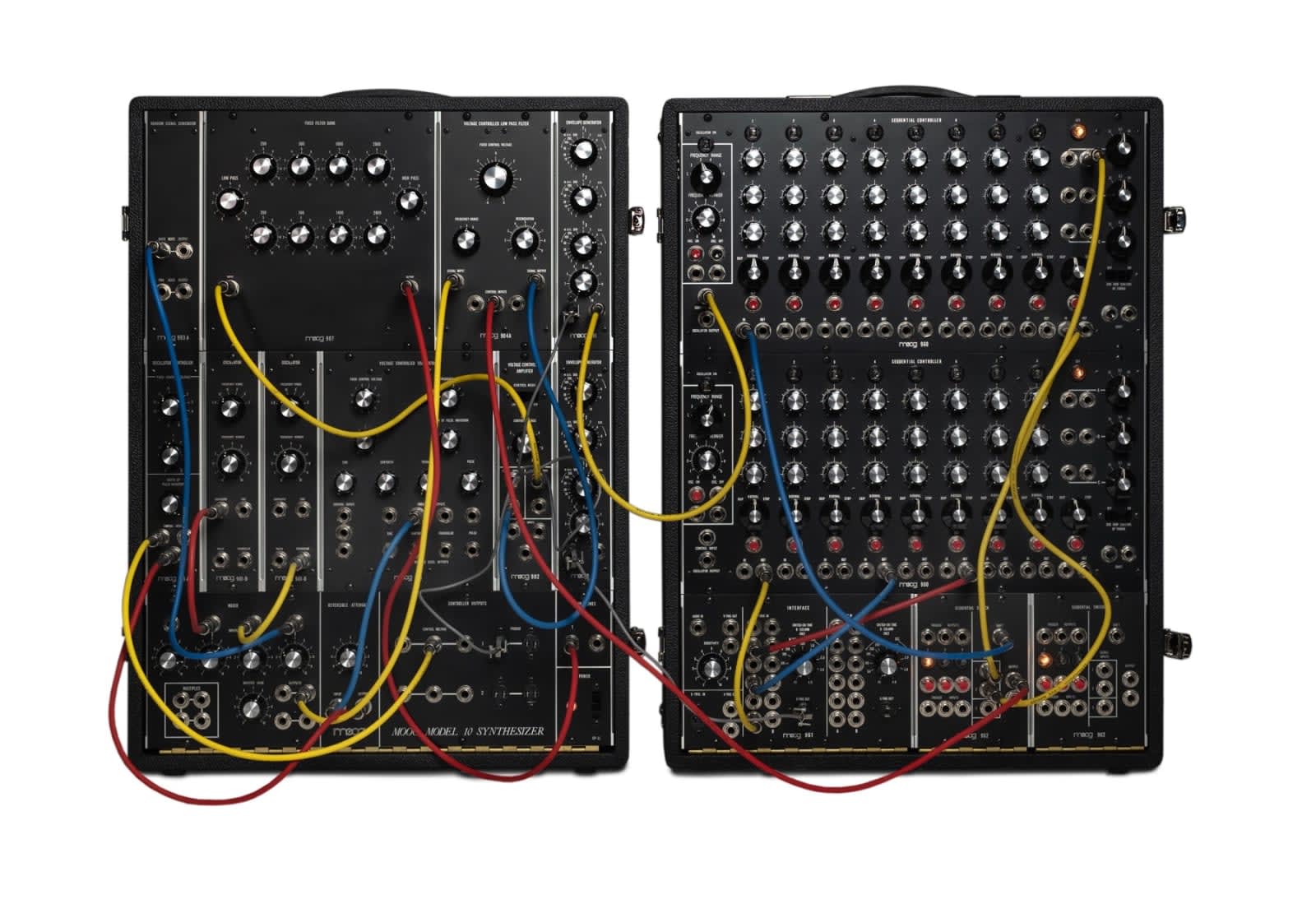 Moog regularly releases new and exciting instruments like the Matriarch and Sirin. But it also has a rich history of iconic instruments that it's not afraid to tap into. For example, the Minimoog Model D. But its latest adventure into its archives is a bit of a different beast. Rather than bring back an iconic keyboard found on countless pop records, it's reviving the Model 10 -- a "compact" modular synth built around the 900-Series Oscillator that was the foundation of Wendy Carlos' immortal Switched-On Bach. (Editor's Note: Why is this not on any streaming services!?)

Now, when the Model 10 debuted in 1971 it was certainly a marvel of miniaturization. Most modular synths at the time could fill a whole wall. But the Model 10 is closer in size to a large piece of carry on luggage.

Inside its black tolex-covered wood cabinet are 11 different modules that can be connected in various ways create a whole world of rich synth tones. There are three 900-Series oscillators, as well as the legendary 907 Fixed Filter Bank, which is a large part of what gives vintage Moog synths their iconic sound.

All of these components are assembled and soldered by hand down in Asheville, NC. But the bad news: The Model 10 will only be available for a limited time and is being made to order. Those three things mean it does not come cheap. It's available through select Moog dealers starting at $9,950. So yeah, it's a hardcore enthusiasts only kind of purchase. But, that's probably a bargain compared to a vintage Model 10... if you can track one down that is.

Update 9/17/19 1:58PM ET: This story originally stated that the Model 10 was behind the sounds of Wendy Carlo's Switched-On Bach. It has been updated to more accurately reflect that the Series 900 Oscillator, found in the Model 10, was foundational to that album, rather than the Model 10 itself.

In this article: av, gadgetry, gadgets, gear, model 10, modular synth, moog, moog model 10, music, musical instrument, synth, synthesizer, video
All products recommended by Engadget are selected by our editorial team, independent of our parent company. Some of our stories include affiliate links. If you buy something through one of these links, we may earn an affiliate commission.