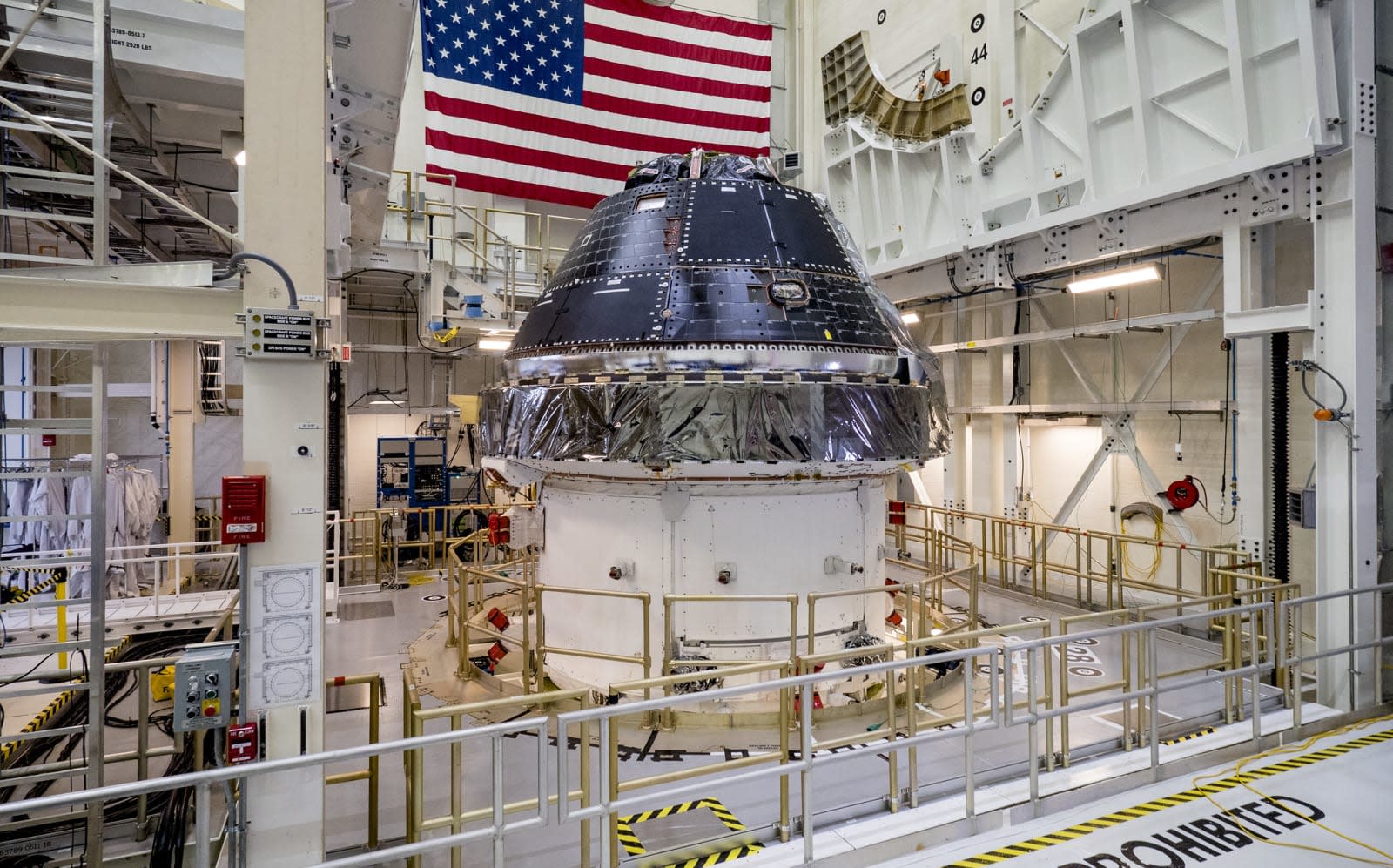 NASA is going all out to support the Artemis program despite doubts that it can send humanity back to the Moon by 2024. The space agency has awarded Lockheed Martin with the Orion Production and Operations Contract (OPOC) to supply it with Orion spacecraft for future Artemis missions, including the one that'll land the first woman on the Moon. While it doesn't have a set quantity and delivery schedule, the contract includes a commitment for a minimum of six and a maximum of 12 Orion vehicles until September 20th, 2030.

The second batch will cost less, because it will re-use components from the previous three. Artemis V, for instance, will use computers, crew seats and switch panels from Artemis II. Meanwhile, Artemis VI will use the whole crew module, or the habitable part of the spacecraft, from the third mission. Seeing as the program's goal is to go to the Moon and stay there, NASA and Lockheed Martin have to find a way to make the vehicle as cheap as possible through reusability.

"No other spacecraft in the world can keep humans alive hundreds of thousands of miles from Earth for weeks at a time with the safety features, crew accommodations, technical innovations, and reliability that Orion provides. With the design and development phase of Orion largely behind us, this new contract will enable us to increase efficiencies, reuse the spacecraft, and bring down the cost of reliably transporting people between earth and the [Lunar] Gateway."

In this article: nasa, orion, space, tomorrow
All products recommended by Engadget are selected by our editorial team, independent of our parent company. Some of our stories include affiliate links. If you buy something through one of these links, we may earn an affiliate commission.