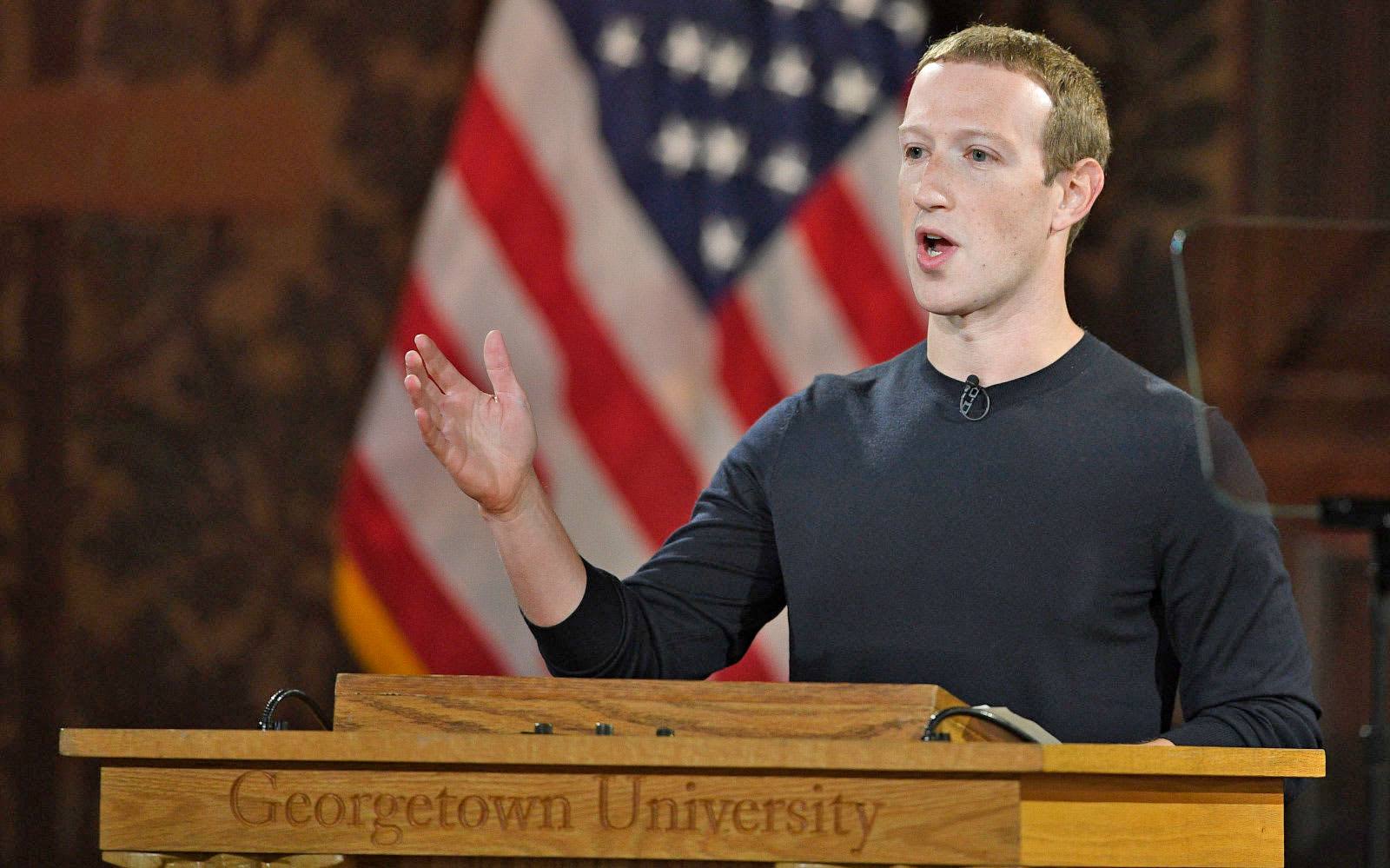 Facebook CEO Mark Zuckerberg took to the stage at Georgetown today to defend freedom of expression. Most recently, Facebook has been criticized for allowing politicians to post misleading ads. But Zuckerberg is calling for more free speech and cautioned against "potentially cracking down too much" on social networks.

In an interview with The Washington Post, Zuckerberg says he too worries "about an erosion of truth." But, he added, "I don't think people want to live in a world where you can only say things that tech companies decide are 100 percent true."

Questioning Facebook's policies and practices is nothing new, but the looming 2020 election has put the company under increased scrutiny. When it comes to removing content -- like the Trump campaign's ad about the Bidens that made claims about their ties to Ukraine -- Zuckerberg told The Washington Post, "These are very complex issues, and in general, unless it is absolutely clear what to do, I think you want to err on the side of greater expression."

And regarding deep fakes, which some fear could undermine the 2020 election, Zuckerberg said Facebook is "getting pretty close to at least rolling out the first version" of its policy. While the company has plenty of work to do, Zuckerberg says Facebook is in a "much better place now."

Source: The Washington Post
Coverage: The New York Times
In this article: ads, deep fakes, facebook, fake news, free speech, freedom of expression, gear, georgetown, internet, Mark Zuckerberg, misinformation, politics, social networking, speech
All products recommended by Engadget are selected by our editorial team, independent of our parent company. Some of our stories include affiliate links. If you buy something through one of these links, we may earn an affiliate commission.