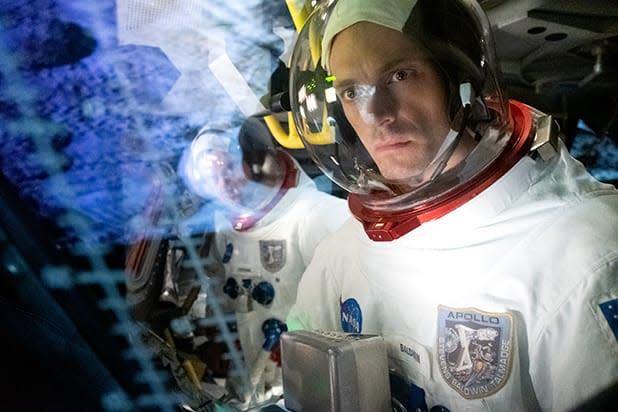 With Apple TV+ set to launch this Friday, initial reviews for the original shows that will premiere alongside the platform have come out. And it's probably safe to say Apple won't be happy with how things have turned out so far.

The company's flagship series also appears to be its most divisive. What consensus there is suggests The Morning Show doesn't get off to a great start, nor does it do justice to its #MeToo inspiration. Rolling Stone's Alan Sepinwall was particularly down on the first three episodes, saying The Morning Show is "Sorkin without Sorkin, lacking the snappy dialogue, the soaring rhetoric, or any attempt whatsoever to argue for why anyone should care about the future of this show-within-the-show." Ouch.

However, the show features strong performances. In particular, critics liked Jennifer Aniston, noting she delivers one of her best performances in years. "Her Alex Levy is vulnerable, calculating, naive, arrogant, controlling, and messy all at once, a wonderfully freewheeling bundle of emotions and ruthless business savvy that jockey for dominance in her personality and in her constantly changing expressions," writes the AV Club's Alex McLevy.

It might not come as a surprise, but of all the shows launching with Apple TV+, See is the one critics from Variety and the AV Club say is least worth your time. In short, they say the dystopian tale is derivative of other, much better sci-fi series. Similarly, beyond stars Jason Momoa and Alfre Woodard, the rest of the cast is uninspiring. The last of the three episodes reviewers saw ends on a cliffhanger, which suggests See could turn into a more interesting show. However, neither website was confident the show will deliver, as that would require See striking out in a new, more original direction.

Critics aren't sure exactly what to think of Dickinson yet. Part of the problem here is that the series, which is a retelling of poet Emily Dickinson's life, dances between multiple genres and not always successfully. However, one thing that has stood out for several reviewers is rapper Wiz Khalifa's performance as the personification of death (Dickinson wrote more than 500 poems on the subject). Likewise, much of the female cast, including lead Hailee Steinfeld and co-star Anna Baryshnikov, is compelling.

Thankfully for fans of alternate history and the work of Battlestar Galactica creator Ronald D. Moore, it looks like For All Mankind is the one gem in Apple TV+'s initial catalog. According to the reviews we've read, the series isn't always successful, particularly as it attempts to give screentime to all of its sprawling ensemble cast, but where it does succeed, it soars. Cinematography and direction, particularly in space scenes, are two obvious highlights, according to reviews from Variety and the AV Club, as is the attention to historical details.

If there's a throughline to the reviews, it's that it is not worth jumping on Apple TV+ at launch. Yes, the service is more affordable than Netflix, Amazon Prime Video and other competing streaming platforms, but with no blockbuster third-party content, and underwhelming originals, you're getting a lot less for your money.

In this article: apple, Apple TV, Apple TV Plus, apple tv+, av, Dickinson, entertainment, for all mankind, jason momoa, jennifer aniston, reese witherspoon, See, streaming, streaming service, streaming video, the morning show, video streaming
All products recommended by Engadget are selected by our editorial team, independent of our parent company. Some of our stories include affiliate links. If you buy something through one of these links, we may earn an affiliate commission.