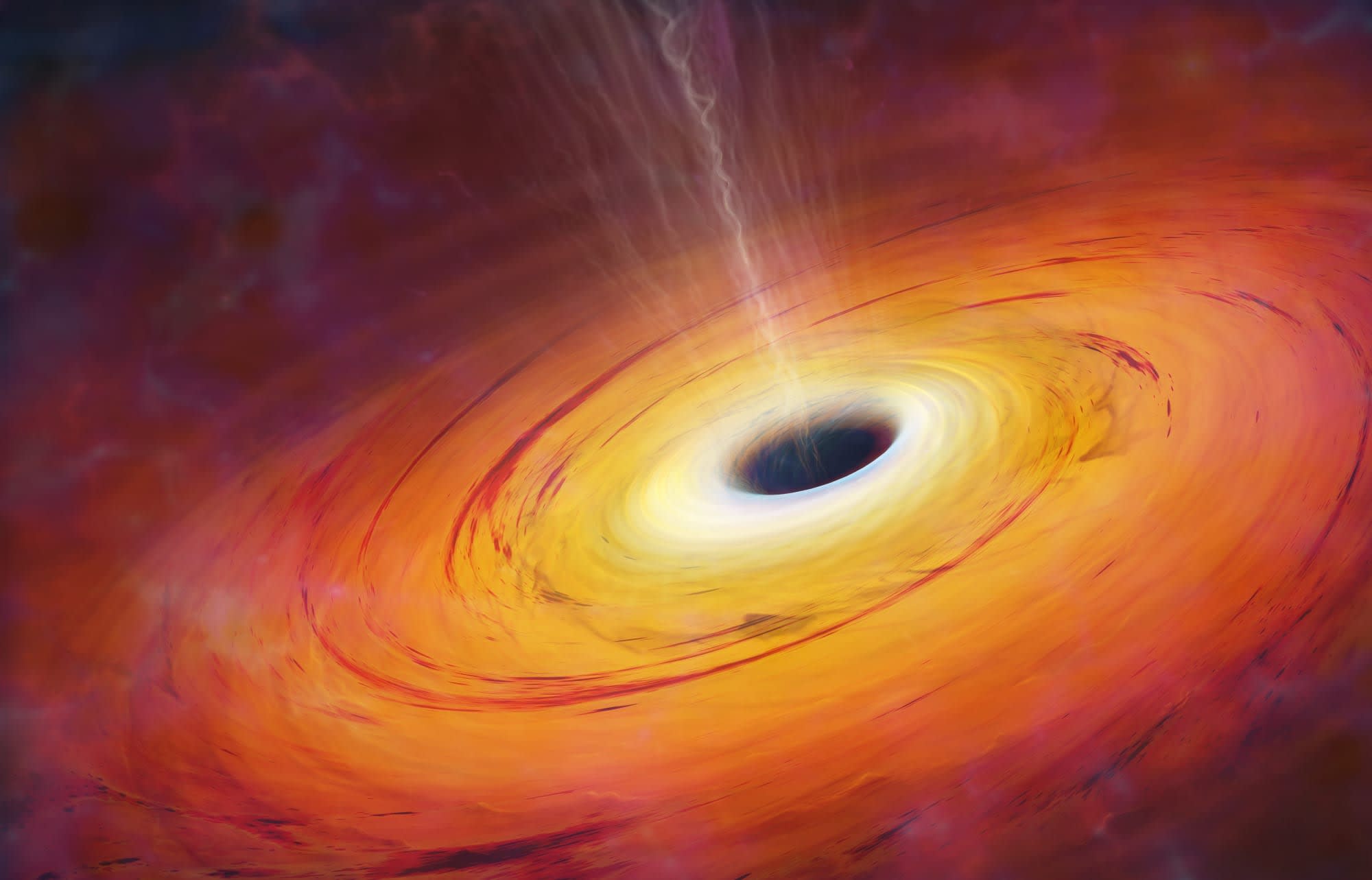 How do you see something that's invisible? As reported by Space.com, a team of scientists has come up with a new way to spot dim black holes by looking at how they influence light given off by stars around them.

Black holes swallow light, which makes them impossible to observe directly. The easiest black holes to spot are those which form a binary system with a star, such as the Cygnus X-1 black hole which is paired with a blue supergiant. As the black hole and the star orbit around each other, the black hole pulls matter away from the star and devours it, giving off X-rays in the process. Scientists can spot these X-rays and deduce the existence of a black hole.

This technique only locates black holes which are near enough their partner stars to draw away material, however. There are thought to be many, many more black holes which don't get close enough to swallow material and produce X-rays, making them dimmer and even harder to locate.

The new study demonstrates how to spot these dimmer black holes, using the example of a binary system consisting of a giant star, 2MASS J05215658+4359220, and an unknown partner. The team were able to determine that the partner was in fact a dim black hole by using spectroscopy data.

To locate a hidden black hole, the scientists looked at the Doppler shift of stars and compared this to their brightness over time. A significant Doppler shift can indicate a strong source of gravity, and when a star's brightness goes up and down in a set pattern, that suggests there is a large object orbiting the star which sometimes blocks its light. Taken together, these two indicators suggest the presence of a black hole.

Having zeroed in on the 2MASS J05215658+4359220 system as a prime candidate, the scientists were able to determine that the object orbiting around the star must have a mass around three times that of our Sun, which indicates it is likely a small black hole.

The next step to proving the usefulness of this approach is for the team to search for more hidden black holes using the same method. If they are successful, we could have a new tool for locating numerous black holes throughout our galaxy.

The findings are published in the journal Science.

Via: Space.com
Source: Science
In this article: binary star, black hole, space, tomorrow
All products recommended by Engadget are selected by our editorial team, independent of our parent company. Some of our stories include affiliate links. If you buy something through one of these links, we may earn an affiliate commission.