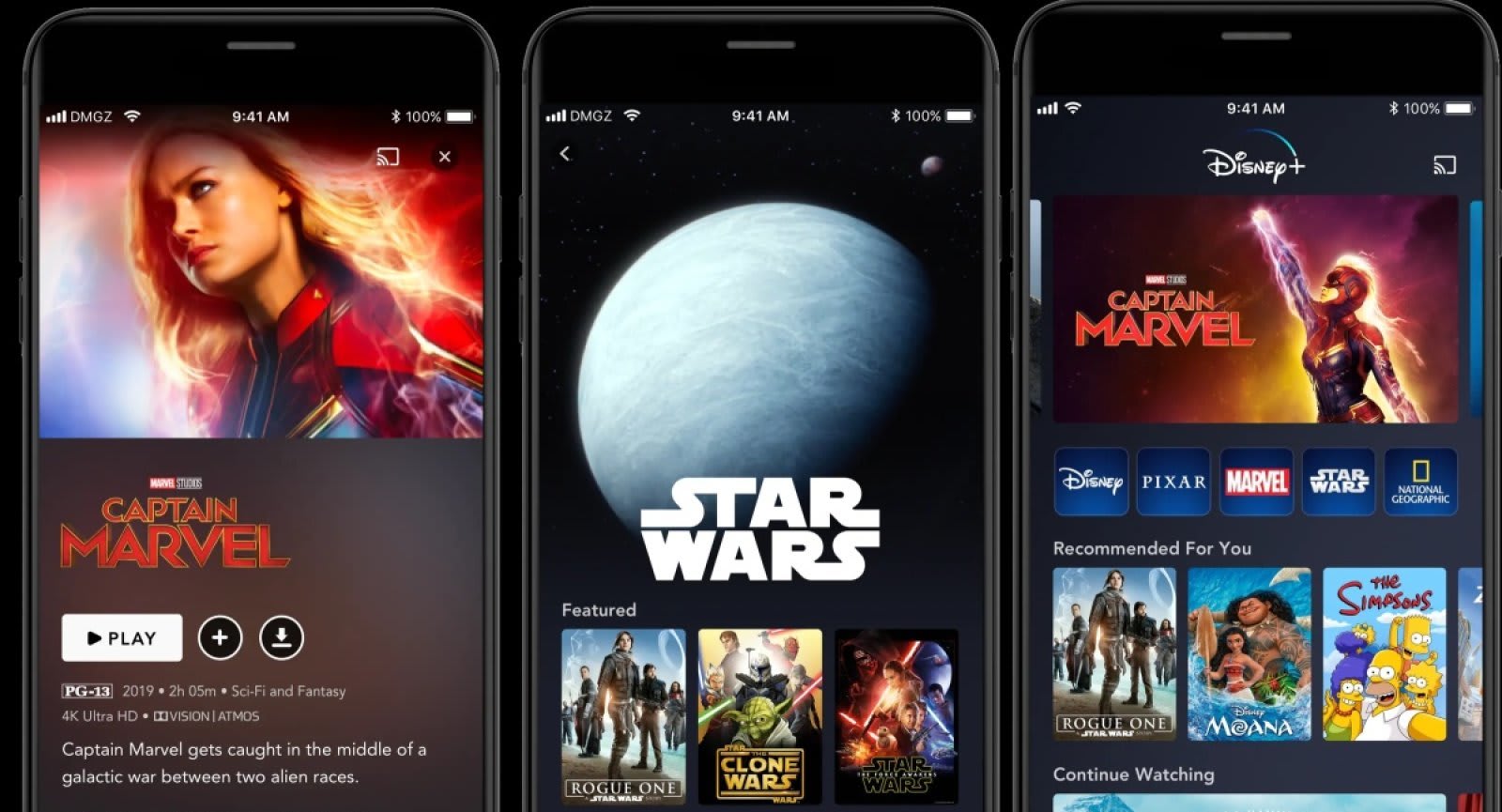 Disney+ will officially debut in the US, Canada and the Netherlands November 12th, and Australia and New Zealand a week later. The rest of the world will need to wait a little longer to stream the likes of Avengers: Endgame and The Mandalorian on the service. But Disney fans in the UK, Germany, France, Italy and Spain might want to mark March 31st on their calendars. That's when Disney+ will land in those countries.

Just announced: #DisneyPlus will be available in the United Kingdom, Germany, France, Italy, Spain (and more to be announced soon) starting on March 31st. Please note: Titles may vary by territory. pic.twitter.com/lE6nzBeaXy

Rollout dates for other nations will be announced soon, Disney said. However, the movies and shows you can stream will vary by territory, because Disney has rights agreements with other companies for much of its content. It'll have to untangle shows and movies from its deals in certain locales before it can bring those titles to Disney+.

Source: Disney+ (Twitter)
In this article: av, disney, disney plus, disney+, disneyplus, entertainment, france, germany, italy, spain, streaming, uk, united kingdom, unitedkingdom
All products recommended by Engadget are selected by our editorial team, independent of our parent company. Some of our stories include affiliate links. If you buy something through one of these links, we may earn an affiliate commission.