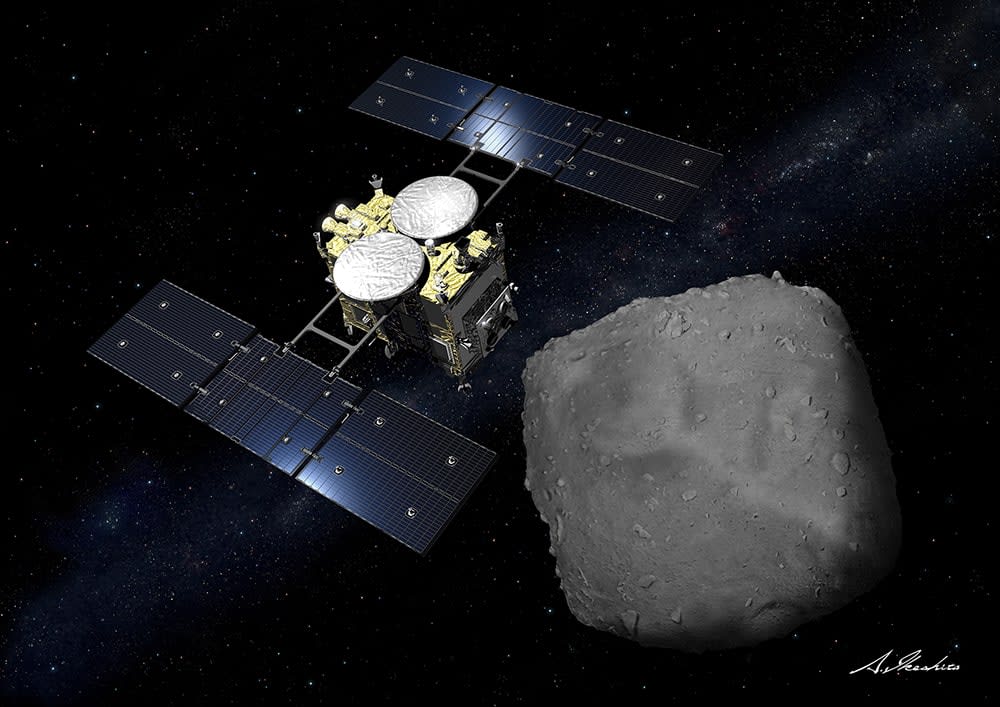 Over the past year-and-a-half, JAXA's Hayabusa2 spacecraft served as asteroid Ryugu's companion in the vast emptiness of space. It got close enough to fire bullets into its surface and even detonated bombs to disturb the ground and scoop up samples it can take back home. Now, the spacecraft and the samples it collected have started making their way back to Earth.

Hayabusa2 has left the asteroid on November 13th 10:05AM Japan time (November 12th 8:05PM EST). It has captured photos of Ryugu as it moved away and will continue taking pictures of the asteroid over the next five days. The spacecraft will be flying away slowly, so the asteroid will be gradually getting smaller in the pictures, which will be regularly uploaded to JAXA's website.

Asteroid Ryugu captured with the Optical Navigation Camera - Telescopic (ONC-T) immediately after departure. Image time is 10:15 JST (onboard time). This is a familiar sight, but realising that we can't see it soon is sad! pic.twitter.com/QC18B1u1re

When Hayabusa2 gets near enough our planet in December 2020, it will drop the samples in sealed containers. They're expected to re-enter the atmosphere and land in Australia, while the spacecraft heads to new asteroid targets.

Source: JAXA, (Twitter)
In this article: space, tomorrow
All products recommended by Engadget are selected by our editorial team, independent of our parent company. Some of our stories include affiliate links. If you buy something through one of these links, we may earn an affiliate commission.