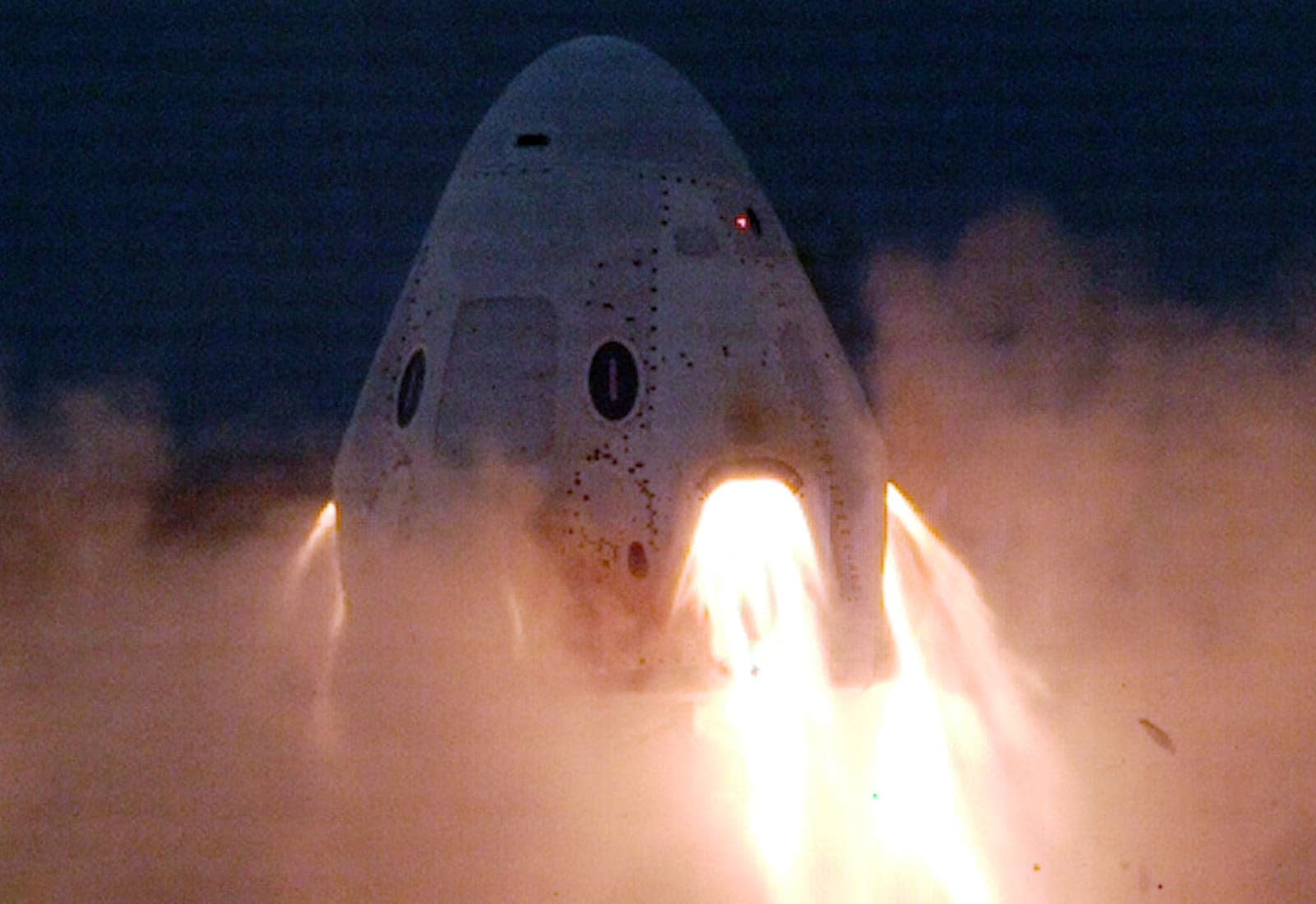 SpaceX has successfully completed a round of Crew Dragon tests, which previously ended in an explosion. The space company attempted a similar set of static fire engine tests on April 20th, but it admitted a few days later that the Crew Dragon capsule it used was destroyed. It blamed the explosion on a component that leaked liquid oxidizer into high-pressure helium tubes. The more recent attempt went off without a hitch.

The company conducted the tests near Landing Zone 1 on Cape Canaveral Air Force Station in Florida, starting with two one-second burns for two of the Crew Dragon's 16 Draco thrusters. Those thrusters will be used for maneuvering and attitude control, as well as for re-orientation of the spacecraft. The Crew Dragon team then fired up eight SuperDraco engines, which will be in charge of accelerating the spacecraft away from its launch vehicle, for nine seconds.

After that, the Draco thrusters and SuperDraco engines fired in the same sequence they would if the spacecraft needed to reorient itself in-flight to be able to deploy its parachute and close its flaps prior to atmosphere reentry. These tests will help SpaceX and NASA validate Crew Dragon's launch escape system before a planned in-flight demonstration. Before that demonstration happens, though, both NASA and SpaceX need to review the data from these tests, perform hardware inspections and establish a date for the in-flight abort test.

In this article: crew dragon, space, spacex, tests, tomorrow
All products recommended by Engadget are selected by our editorial team, independent of our parent company. Some of our stories include affiliate links. If you buy something through one of these links, we may earn an affiliate commission.