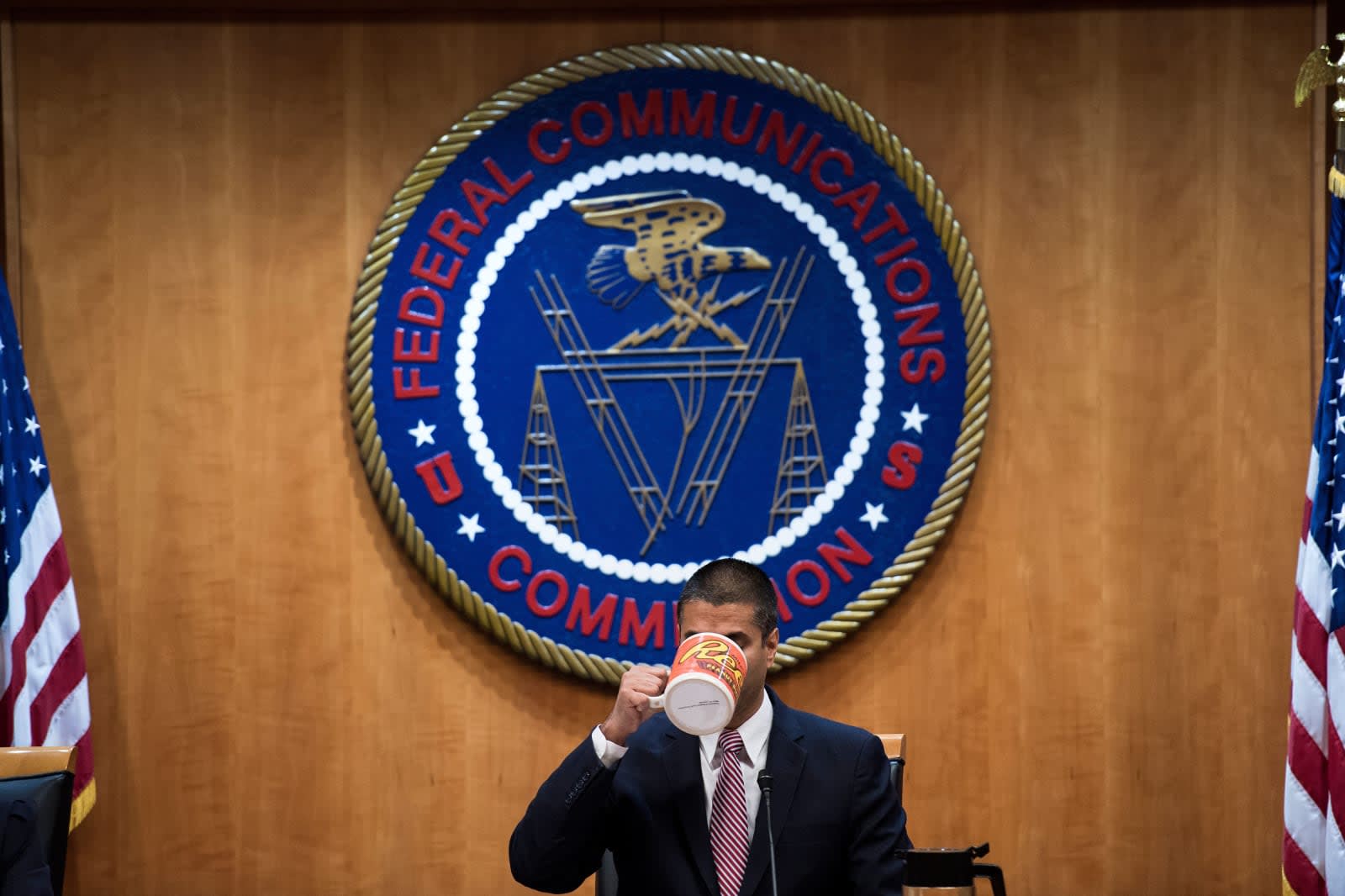 The FCC's ongoing 5G push might set up a conflict with the satellite industry. Chairman Ajit Pai is pressing for a public auction of wireless frequencies in the C-band spectrum (the 4GHz to 8GHz range often used by satellite companies) for the sake of 5G service. This would help the FCC clear up "significant" frequency space in a quick fashion, generate money for the government and "ensure continued delivery" of existing services, Pai argued. He hoped to auction off a 280MHz slice while leaving the upper 200MHz available.

An FCC official told the Wall Street Journal that the regulator hoped to bring the C-band auction up for a vote in 2020 and start the auction by the end of that year.

Satellite companies, however, might not be so happy. Industry giants like Intelsat and SES haven't been averse to selling their spectrum, but they've wanted a private auction to share the money they make and have claimed the FCC isn't allowed to take in-use spectrum without paying them. A public auction flies in the face of that. The C-Band Alliance, a group representing the satellite firms, has hinted at "protracted litigation" if the FCC pushes forward. Carriers are also of mixed opinions. AT&T, which owns DirecTV, has called C-band an "opportunity" but also wanted compensation and a "reasonable transition plan" to avoid disruptions. Verizon (Engadget's parent company and Pai's former employer) likewise wanted "appropriate incentives and protections" to ensure a quick process.

This isn't the first time the FCC has butted heads in its quest for more 5G airwaves. Senators have accused the FCC of ignoring evidence of possible interference with weather forecasts if 5G is allowed in the 24GHz band, as an example.

With that said, there's no doubt that 5G in the US is running into problems as-is. AT&T and Verizon both have to run their current 5G in very high frequency ranges that makes a signal hard to find and all too easy to lose -- it doesn't even cover complete sports arenas in some cases. C-band access would still sit in a higher range than the LTE you typically use today, but it could provide much wider coverage and more capacity. It may be more a question of when those frequencies open up than whether they do at all.

After much deliberation and a thorough review of the extensive record, I've concluded that the best way to advance these principles is through a public auction of 280 megahertz of the C-band conducted by the @FCC's excellent staff.

Via: Wall Street Journal
Source: Ajit Pai (Twitter)
Coverage: AT&T, Verizon
In this article: 5g, ajit pai, att, c-band, fcc, gear, mobile, politics, satellite, spectrum, spectrum auction, verizon, wireless
All products recommended by Engadget are selected by our editorial team, independent of our parent company. Some of our stories include affiliate links. If you buy something through one of these links, we may earn an affiliate commission.