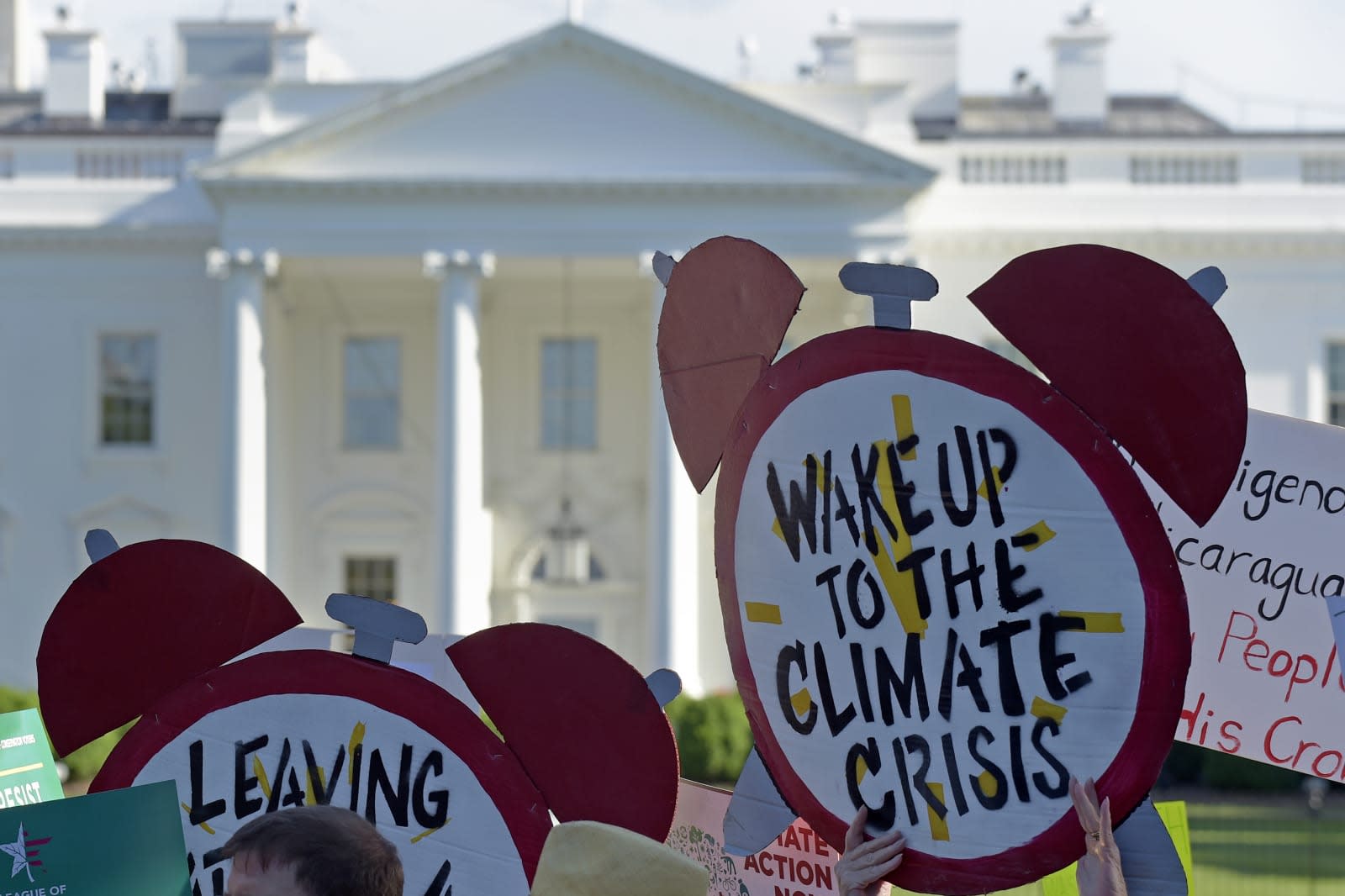 The Trump administration may already be pulling the US out of the Paris Agreement, but a large chunk of the tech industry wants the country to stay in... with some glaring exceptions. The CEOs of many companies, including tech giants like Apple, Adobe, Google, HP, Microsoft and Tesla, have signed a United For The Paris Agreement letter calling on the US to remain part of the effort to keep climate change in check. They argued that the international pact would "strengthen [US] competitiveness" by helping it lead the way in technologies that will usher in an eco-friendly future. It also sets "clear goals" that help with planning and spur innovation, the companies said.

Notably, though, neither Amazon nor Facebook has signed the pro-environment call. We've asked both companies for comment. Facebook has made fairly strong environmental commitments, planning to power its worldwide operations with renewable energy by the end of 2020. Amazon, however, has been accused of sub-par environmental practices. While it does hope for half its shipments to be carbon-neutral by 2030, both outside critics and employees have blasted it for lacking a firm company-wide climate change strategy. Jeff Bezos' absence on the Paris Agreement letter won't likely help matters.

It's also notable that most major US carriers aren't counted among the supporters. Verizon (Engadget's parent company) has backed the Paris Agreement, but AT&T, Sprint and T-Mobile are absent. We've asked them for comment as well.

The letter isn't a binding commitment, and it's unlikely to persuade a White House that has both ignored and tried to censor climate science. Nonetheless, it makes clear where numerous companies stand -- and might pressure holdouts into changing their tune, if just for the sake of a better public image.

Update 12/3 2:25PM ET: Amazon pointed Engadget to a Climate Pledge that will have it beating the Paris Agreement by 10 years, achieving carbon neutrality by 2040. However, it didn't say why it hasn't signed the United For The Paris Agreement letter.

In this article: amazon, apple, att, business, climate, climate change, environment, gear, google, green, microsoft, paris agreement, politics, t-mobile, tomorrow, verizon
All products recommended by Engadget are selected by our editorial team, independent of our parent company. Some of our stories include affiliate links. If you buy something through one of these links, we may earn an affiliate commission.