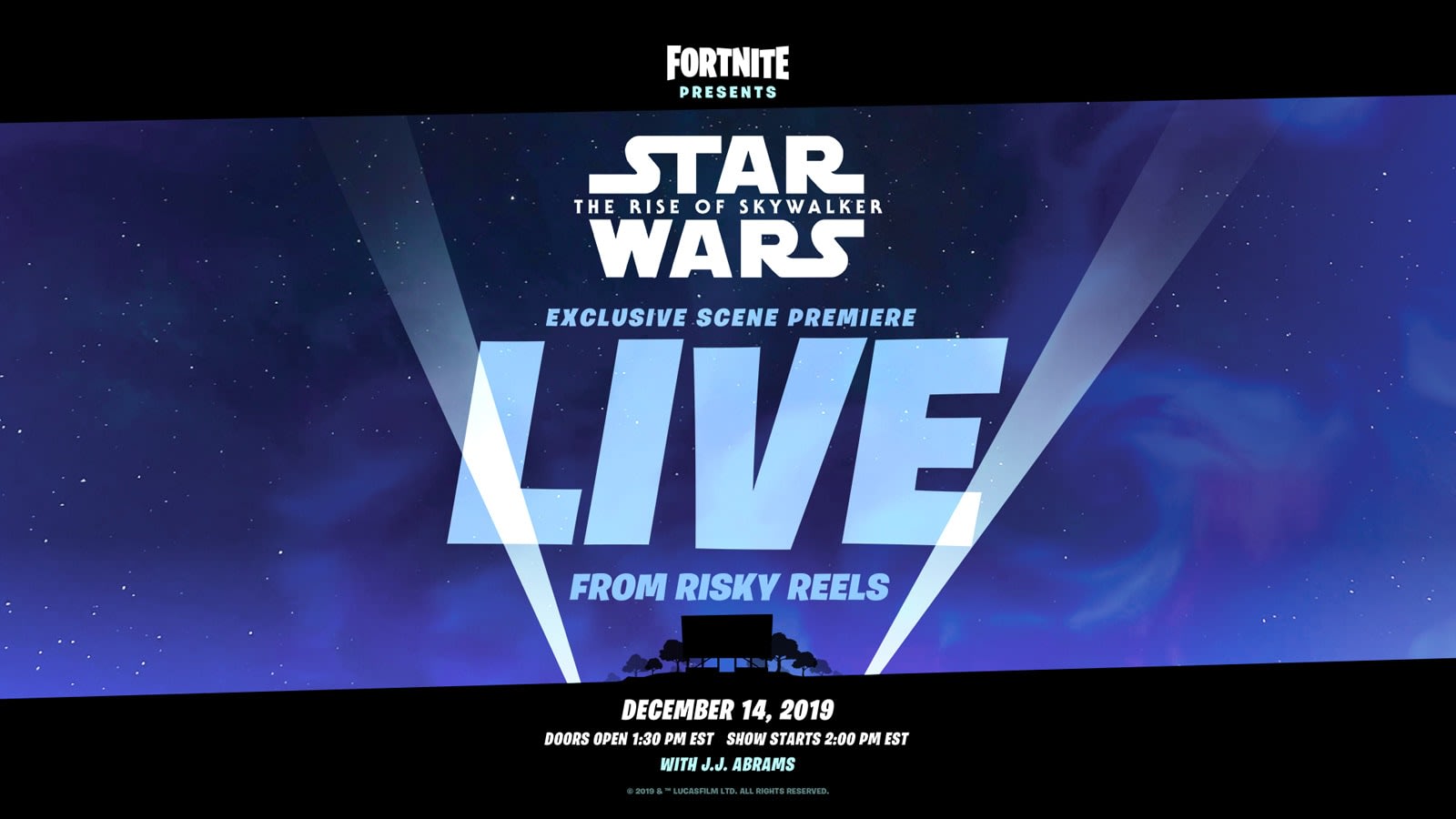 Fortnite's tie-in with Star Wars is about to extend beyond a stormtrooper skin. Gamers have discovered that Disney is premiering a scene from The Rise of Skywalker at the game's Risky Reels drive-in theater on December 14th at 2PM Eastern, with 'doors' (such as they are) opening at 1:30PM Eastern. This isn't just playing a clip, either -- director J.J. Abrams will also be present in some capacity. If you don't mind spoiling some of the movie, it might be a good respite from the usual battle royale brawl.

This certainly isn't the first bid to use Fortnite as a vehicle for live promotional events. Marshmello played a virtual concert, for instance. Exclusive movie clips, however? Not so much. While it's too soon to say if in-game screenings will become a regular staple of Fortnite, it's hard to imagine some movie studios turning down the prospect when the game has such a large audience.

You won't want to miss this 👀 pic.twitter.com/xRD0ynjaJT

Source: Dakotaz (Twitter), Fortnite (Twitter)
In this article: av, entertainment, epic games, fortnite, games, gaming, movies, personal computing, personalcomputing, star wars, star wars episode ix, star wars the rise of skywalker, The Rise of Skywalker, video games
All products recommended by Engadget are selected by our editorial team, independent of our parent company. Some of our stories include affiliate links. If you buy something through one of these links, we may earn an affiliate commission.