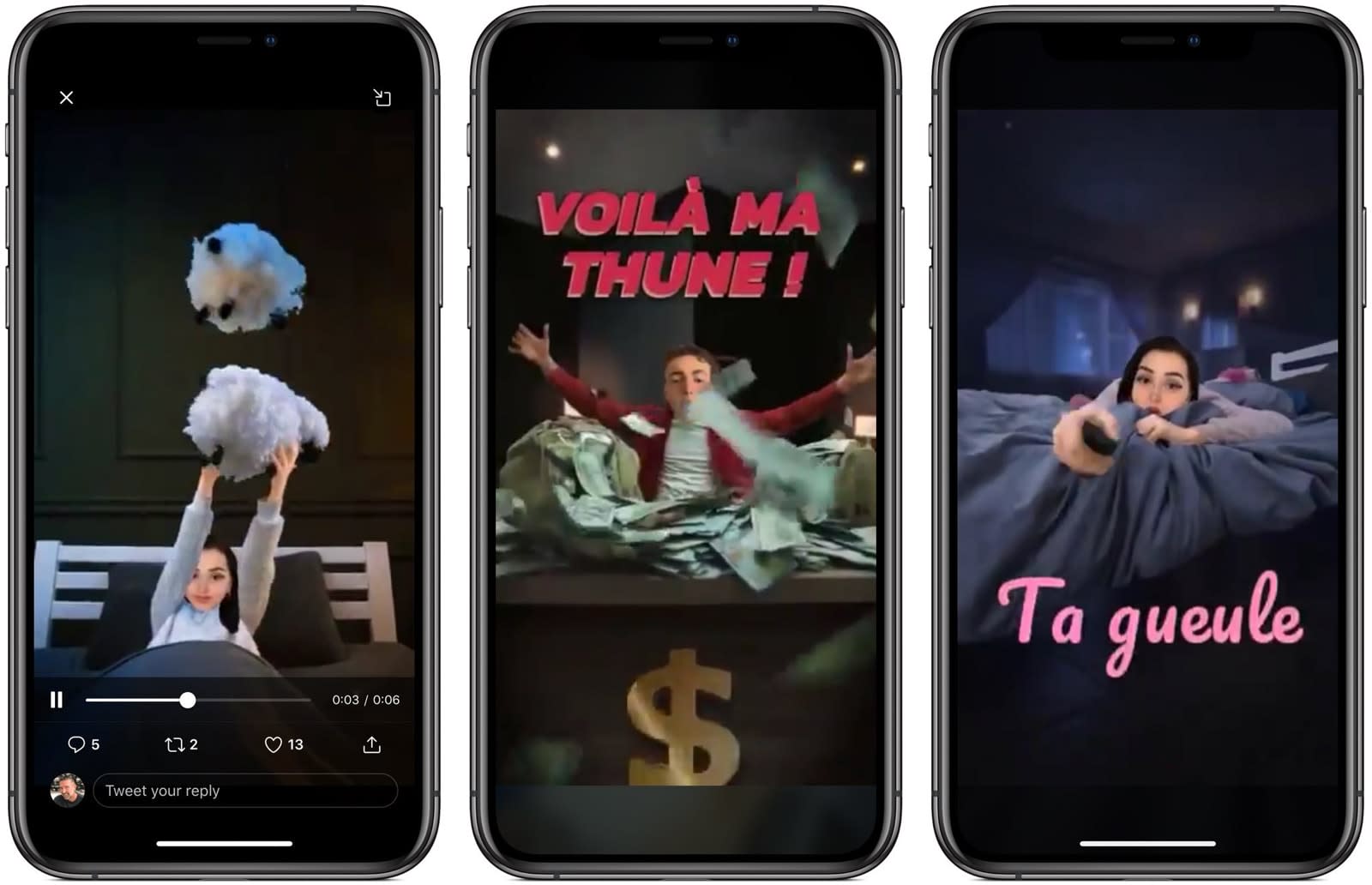 GIFs are great for conveying your reactions, but they're not usually very personal -- and recording yourself probably won't be that exciting. Snap might have found a way to bridge those two worlds. The company has confirmed to TechCrunch that it's testing a Cameo feature which inserts your face into a selection of (currently pre-made) GIFs. You just take a selfie, pick a generic body type and your face will animate as if it were you, including mouth movements. Think of it like a deepfake, but this time friendly instead of creepy.

The company said it was testing the feature in some international markets, including France. It's not certain when Cameo will reach the masses, but Snap said to expect a worldwide release "soon."

This could help Snapchat in multiple ways. It's an alternative to Bitmoji for those who think avatars are too cutesy. It also gives Snapchat a way to stand out among social networks and messaging services at the same time, and might give it a source of revenue if it charges for third-party Cameo clips. At least, up until Facebook copies the feature.

Here's some images from the new Snapchat Cameo feature.
Looks like it's only available in France right now but it's takes an AR version of your face and lets you apply it to a bunch of different activities.
Sort of a loose deep fake for Snap. Kind of. pic.twitter.com/LDReLqGCRV

In this article: cameo, deepfake, gear, gif, internet, mobile, snap, snapchat, social media, social network, social networking, video
All products recommended by Engadget are selected by our editorial team, independent of our parent company. Some of our stories include affiliate links. If you buy something through one of these links, we may earn an affiliate commission.