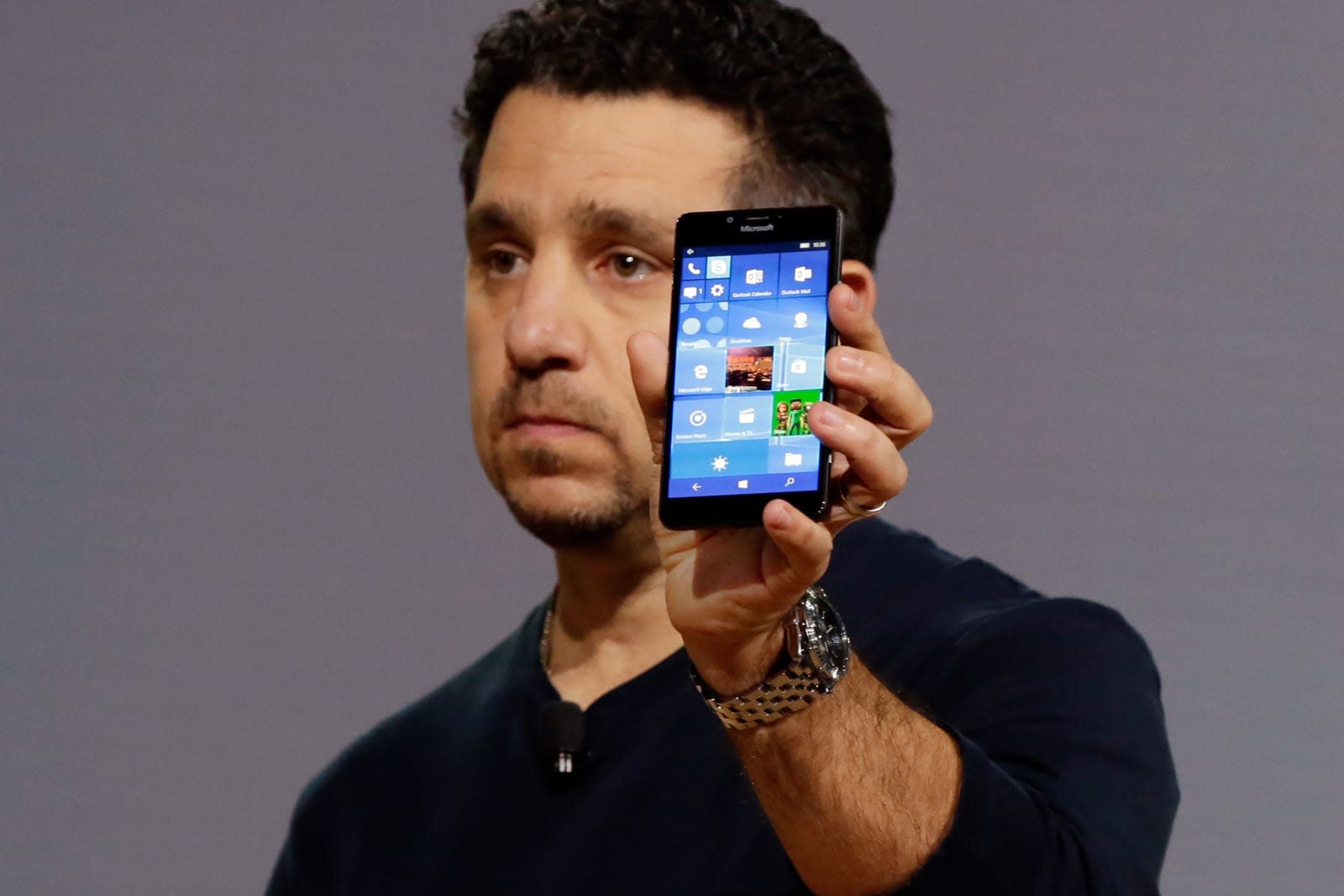 The end is nigh for Windows 10 Mobile. We already knew that technical support for the mobile operating system would end on December 10th, 2019 (yep, that's tomorrow). Now, we have an official end-of-life date for the Windows 10 Mobile Office apps, too: January 12th, 2021. From that point onwards, the much-loved software suite -- including Word, Excel, PowerPoint and OneNote -- won't receive any bug fixes, security updates and general technical support. The apps will still work, Microsoft confirmed, but you won't be able to install them on any new devices.

"Because of the lack of security updates, we strongly recommend that if you wish to use Office on a phone you transition to the latest Microsoft Office apps on an iOS or Android phone," Bill Doll, senior product marketing manager for Office apps strategy at Microsoft urged.

The announcement isn't a huge surprise. Windows 10 Mobile was a commercial flop and it's been years since Microsoft released a new Lumia smartphone. The platform is slowly being retired and that, inevitably, includes any Microsoft-made apps. If you're still clinging to a Lumia 950, though, you have another year-or-so to poke around the Office apps and imagine what could have been. Personally, we're ready to move on and embrace Microsoft's dual-screen, Android-powered mobile future. We'll miss some of the platform's crazier ideas, like Continuum -- a concept Samsung is keeping alive -- but very little else. Goodbye, old friend.

Via: themrpc
Source: Office Apps Blog
In this article: gear, microsoft, Microsoft Office, mobile, Office, services, Windows 10 Mobile
All products recommended by Engadget are selected by our editorial team, independent of our parent company. Some of our stories include affiliate links. If you buy something through one of these links, we may earn an affiliate commission.