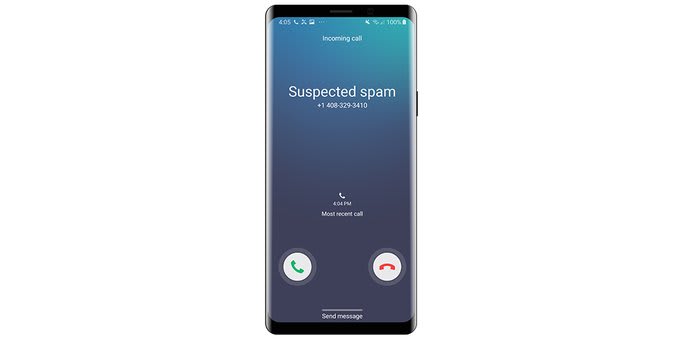 Google has been extending its cell carrier service, Fi, by offering an unlimited calling and data plan and expanding to cover the iPhone as well as Android devices. However, there were issues with the Fi experience, with some customers complaining about the number of spam calls they received. Google aims to address that problem with an update to Fi which rolled out this weekend.

The new features for Fi include a warning on screen if a call is suspected to be spam, which will be handy for those dealing with a deluge of robocalls. There's also the ability to block particular numbers. The features are available on all Fi phones, including iPhones and Android devices.

Other new functions include the ability to call over WiFi to help in locations with poor cell coverage, and an enhanced VPN network for more secure connections. These features were previously only available on selected devices, but now they're available on all Android phones using Fi.

See how to use them, plus which devices are included in this update https://t.co/XuArgZBoeB pic.twitter.com/zV8CgCyTea

The new options can be found in the Phone Settings screen of the Google Fi app.

Source: Google
In this article: gear, google, google fi, mobile, phone, security, spam calls
All products recommended by Engadget are selected by our editorial team, independent of our parent company. Some of our stories include affiliate links. If you buy something through one of these links, we may earn an affiliate commission.