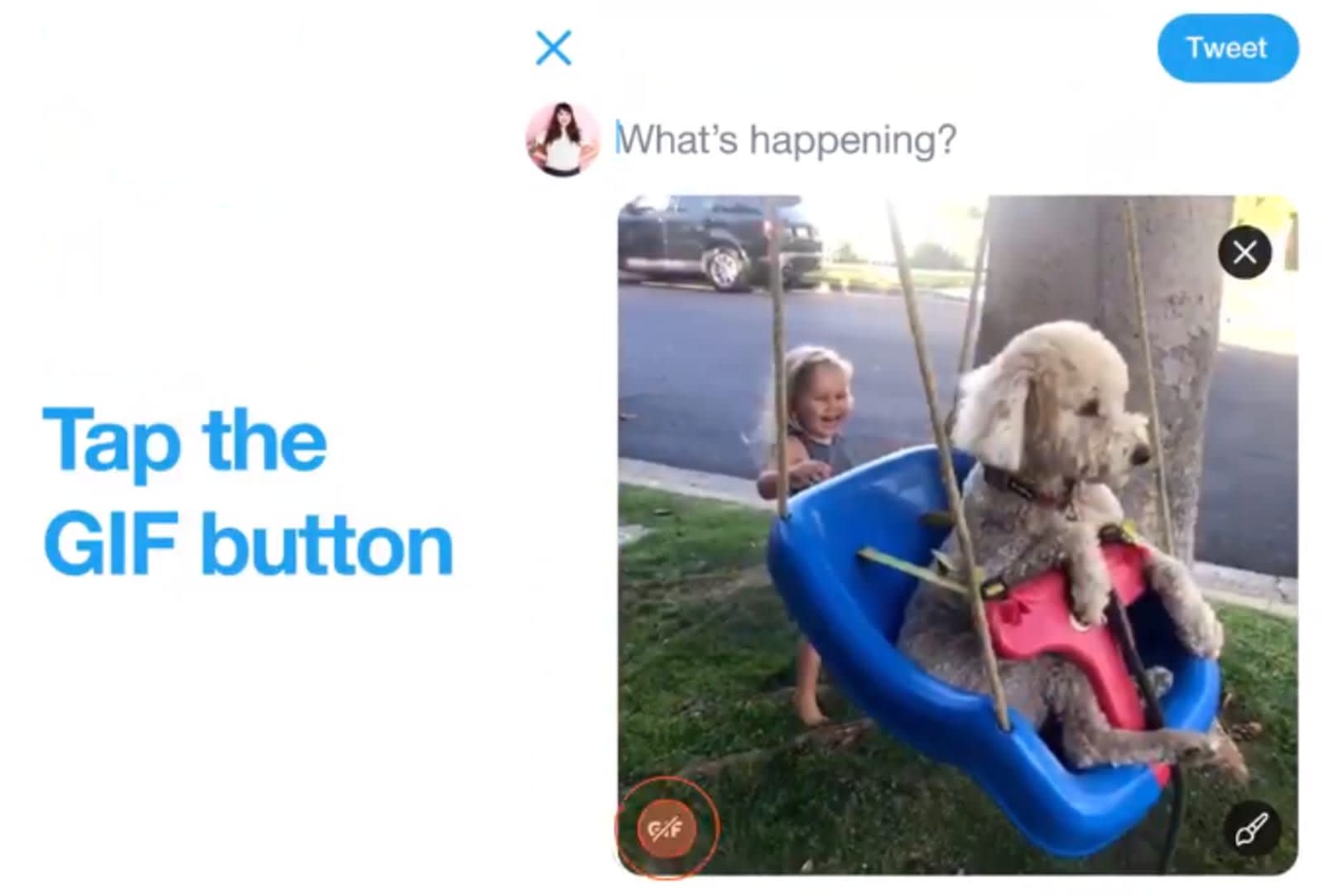 Twitter is offering iOS users another way to get more out of Live Photos by letting you turn them into GIFs "anywhere you upload photos on Twitter." It's not clear whether this'll work for Pixel motion photos as well. Engadget has asked Twitter for clarification.

Give the gift of GIFs. You can now upload your iOS Live Photos as GIFs anywhere you upload photos on Twitter. pic.twitter.com/D8TIfsBwyd

While it's nice to have another way to use Live Photos, Twitter's a touch behind the curve here. Apple introduced Live Photos on iPhone 6s in 2015. That same year, Tumblr and Facebook started allowing people to share them on their platforms, while Google's iOS app has been able to convert them into GIFs since 2016. In 2017, Apple offered a way to embed Live Photos on any website.

Twitter's useful Live Photos feature arrives alongside other changes to how it handles images. It'll also preserve JPEG encoding on photos of up to 16 megapixels you upload via the web, instead of transcoding them (which impacts image quality).

Source: Twitter
Coverage: 9to5 Mac
In this article: gear, gif, ios, live photo, live photos, livephoto, livephotos, services, twitter
All products recommended by Engadget are selected by our editorial team, independent of our parent company. Some of our stories include affiliate links. If you buy something through one of these links, we may earn an affiliate commission.