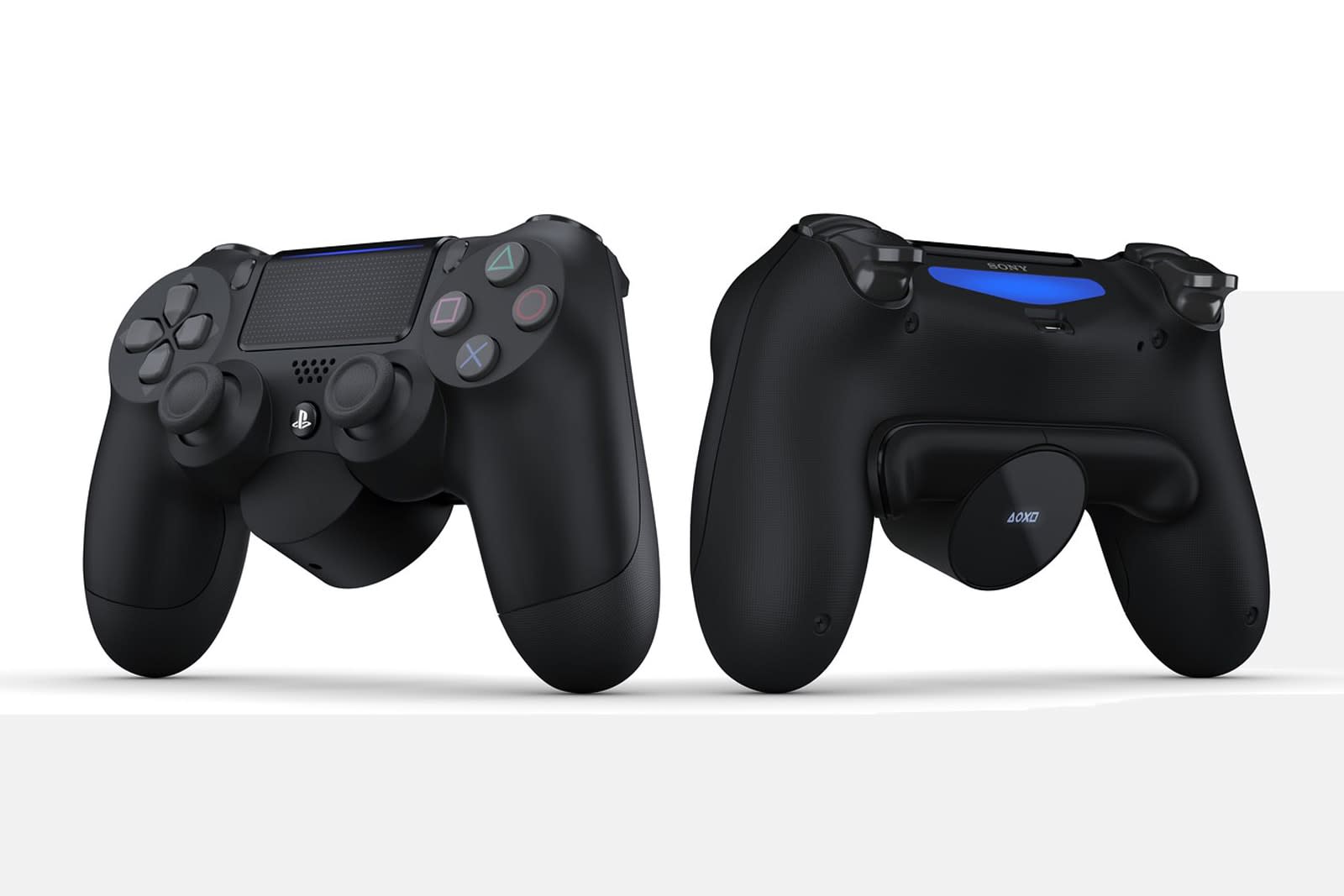 Sony is getting into the controller customization game late into the PS4's lifespan. The company has unveiled a DualShock 4 Back Button Attachment that, as the name implies, lets you map two of the gamepad's buttons to easier-to-reach locations on the back. If you'd rather not lift your fingers to reload or perform a special attack, you don't have to. You can specify up to three different profiles, and an OLED screen on the back illustrates your current button setup.

The add-on works with "all of your favorite" PS4 and PlayStation VR games, Sony said. There's also a headset passthrough to help you talk with your squad mates.

This won't be a last-minute holiday gift. Sony is shipping the Back Button Attachment to North America on January 23rd for $30 ($40 CAD), and Europe won't see it until February 14th for €30. The price is low enough that it might be worthwhile if you're the competitive sort and would rather not replace whole controllers (or go with an unofficial solution) just to speed up your input. With that said, the timing isn't great. It's no secret that the PlayStation 5 is less than a year away, and it's not clear whether the future system's controller will support this accessory. If you intend on using the Back Button Attachment for a long time, you'll just have to hope that Sony designed it with next-gen controllers in mind.

In this article: av, back button attachment, controller, dualshock 4, dualshock 4 back button attachment, gamepad, games, gaming, playstation, playstation 4, ps4, sony, video, video games, gear
All products recommended by Engadget are selected by our editorial team, independent of our parent company. Some of our stories include affiliate links. If you buy something through one of these links, we may earn an affiliate commission.