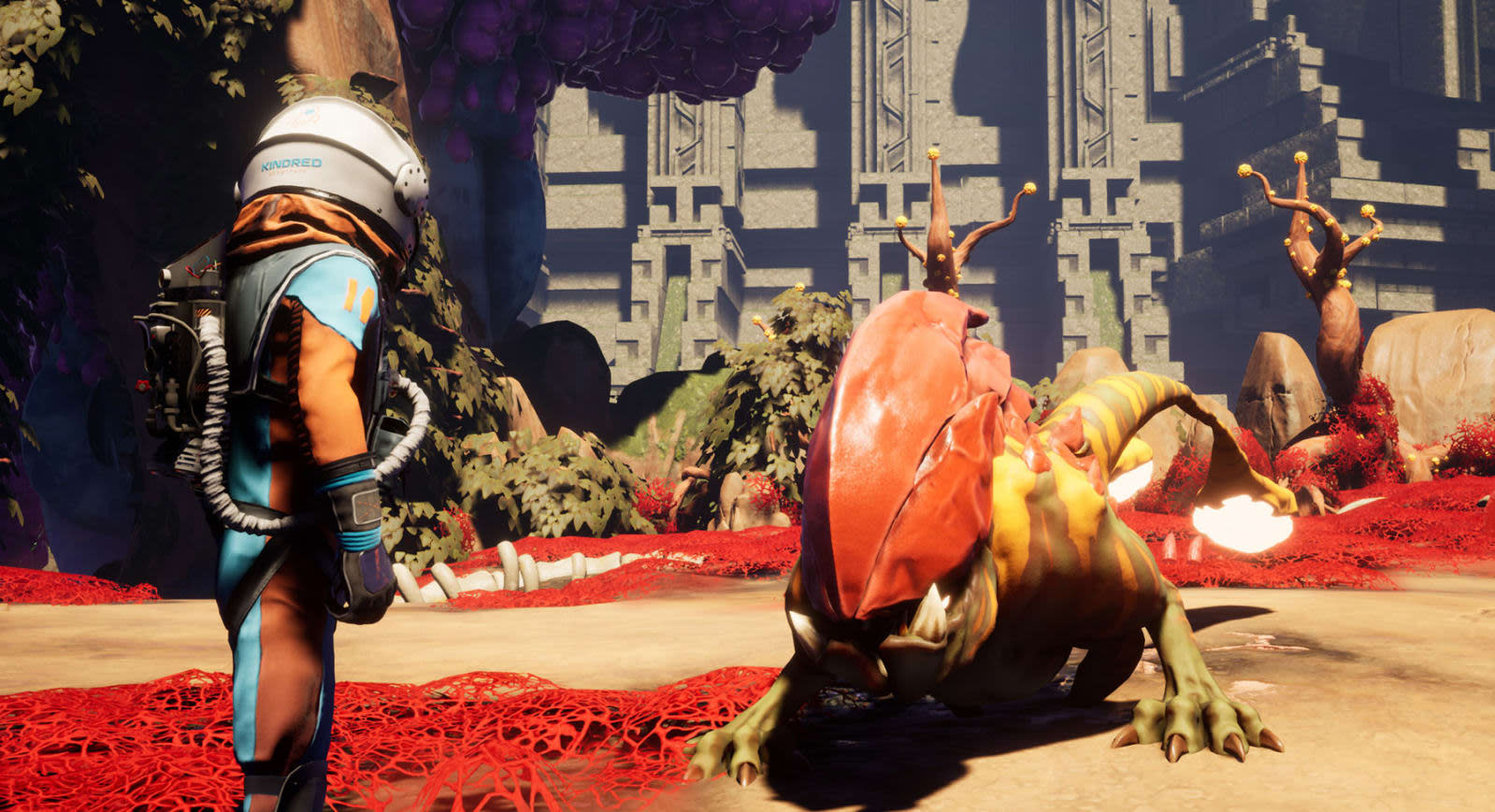 Google is quickly bolstering its in-house work on Stadia games. The internet giant has acquired Typhoon Studios, an indie created by industry veterans (including from Batman: Arkham City and Far Cry 4) that's close to releasing its first game, Journey to the Savage Planet. The team will join the existing Stadia Games and Entertainment Studio in Montreal, but don't worry -- Journey is still on track to reach multiple platforms on January 28th.

The move isn't surprising. While we found Stadia's platform to be playable if prone to technical quirks, many have complained about about a dearth of optimized games for the streaming service. There's not much incentive to buy the Stadia version of a game if you'd be happy playing the same title on a console or PC, especially if you're a competitive sort who thrives on low latency and an abundance of friends. The addition of Typhoon's team could lead to more titles that serve as showcases for Stadia's advantages.

There's also the matter of boosting Stadia's output. Jade Raymond explained to VentureBeat that Stadia wants "multiple projects" in development in Montreal, and that means having enough talent to handle simultaneous work on all those games. We'd expect more of these acquisitions in the future, even if they're likely to be relative unknowns.

In this article: acquisition, business, cloud gaming, game streaming, gaming, google, internet, journey to the savage planet, services, stadia, typhoon studios
All products recommended by Engadget are selected by our editorial team, independent of our parent company. Some of our stories include affiliate links. If you buy something through one of these links, we may earn an affiliate commission.