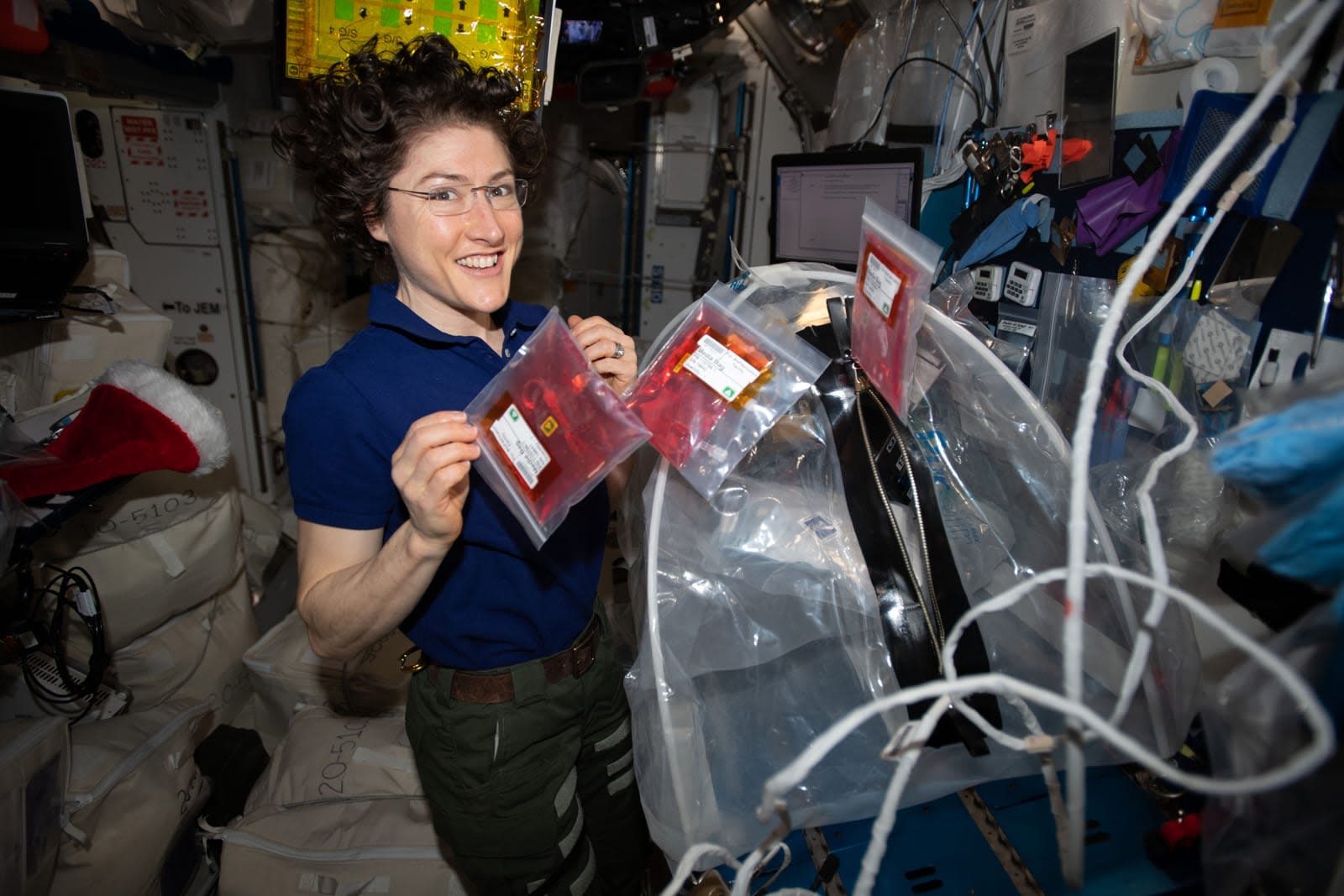 NASA's Christine Koch just made history. As expected, the astronaut just broke the record for the longest single spaceflight by a woman as of December 28th, eclipsing Peggy Whitson's 288 days from 2016-2017 thanks to an extended stay at the International Space Station. She should hold a comfortable lead, too. Koch is poised to spend a total of 328 days in orbit before she returns to Earth in February 2020.

This won't be the longest spaceflight of all time. Scott Kelly set the US record by staying in space for 340 consecutive days between 2015 and 2016, while Russia's Valeri Polyakov spent just over 437 days aboard Mir. It's still a very long stretch, however, and it comes on the back of Koch joining fellow astronaut Jessica Meir in NASA's first all-female spacewalk this October.

The extended trip isn't just about bragging rights. Koch's longer-than-planned mission should tell NASA more about the effects of long-term spaceflight on the human body. That, in turn, could be vital for the return to the Moon as well as eventual plans to touch down on Mars. What sacrifices Koch has made could pay off if they ensure that explorers come back healthy.

Students and professors from @NCSSM and @NCState, @Astro_Christina's alma mater, are saying #CongratsChristina today as she sets a new record for the longest single spaceflight by a woman. pic.twitter.com/cmUtq0xhw3

In this article: astronaut, christina koch, gear, international space station, nasa, space, spaceflight, video
All products recommended by Engadget are selected by our editorial team, independent of our parent company. Some of our stories include affiliate links. If you buy something through one of these links, we may earn an affiliate commission.