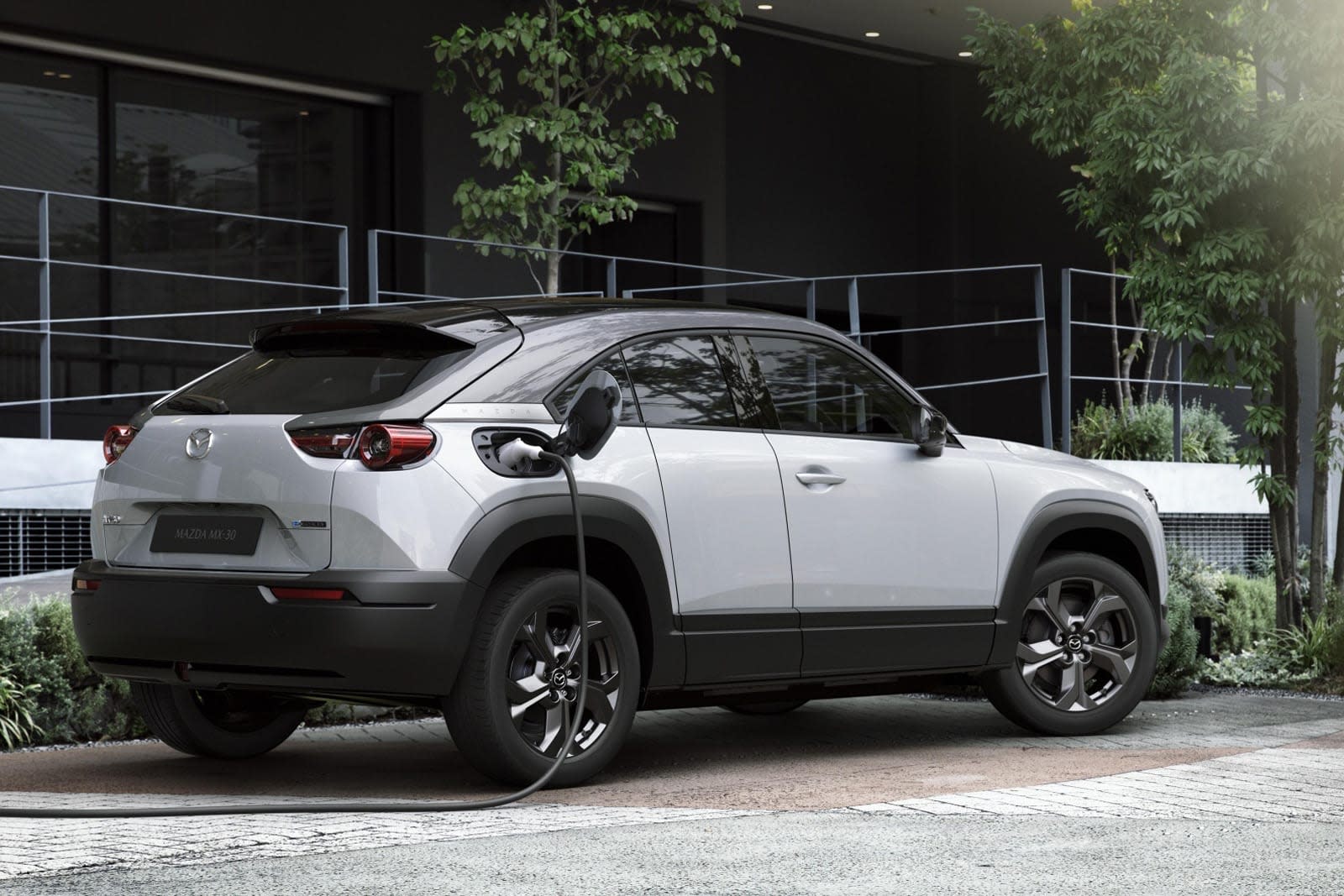 Wonder why Mazda's MX-30 only has a modest 35.5kWh battery when its competition frequently has more? According to the brand's European research director Christian Schultze, it's to help the planet. He told Automotive News that the small pack is "responsibly" sized to have an overall CO2 emission footprint (including manufacturing and energy consumption) comparable to a diesel Mazda 3 hatchback, even after you replace the battery 100,000 miles into ownership. Long-range batteries would be worse for the environment, Schultze claimed, pointing to Mazda's calculations for long-term CO2 output.

The company determined that a 95kWh battery (close to what you'd see in Tesla's higher-end Model S and X) would require more emissions from the very start due to both the larger pack and extended use while driving. That situation would only get worse if you replace the battery around the same interval, according to Mazda.

There's one main problem, though: Mazda is basing its figures on European electricity generation averages from 2016. Your carbon footprint will be considerably lower if you live in an area running on zero-emissions power, or if Mazda produces batteries in similarly emissions-free conditions. Moreover, the car maker is assuming that the energy mix hasn't changed significantly and won't in the near future. While Mazda is clearly aware that EVs still have an impact on the planet, it appears to be designing only for the present (if not the past) instead of the future -- and it might miss out on sales from people who need more range than the MX-30 can deliver.

In this article: car, cars, electric car, electric vehicle, emissions, environment, ev, gear, green, mazda, mx-30, tomorrow, transportation
All products recommended by Engadget are selected by our editorial team, independent of our parent company. Some of our stories include affiliate links. If you buy something through one of these links, we may earn an affiliate commission.