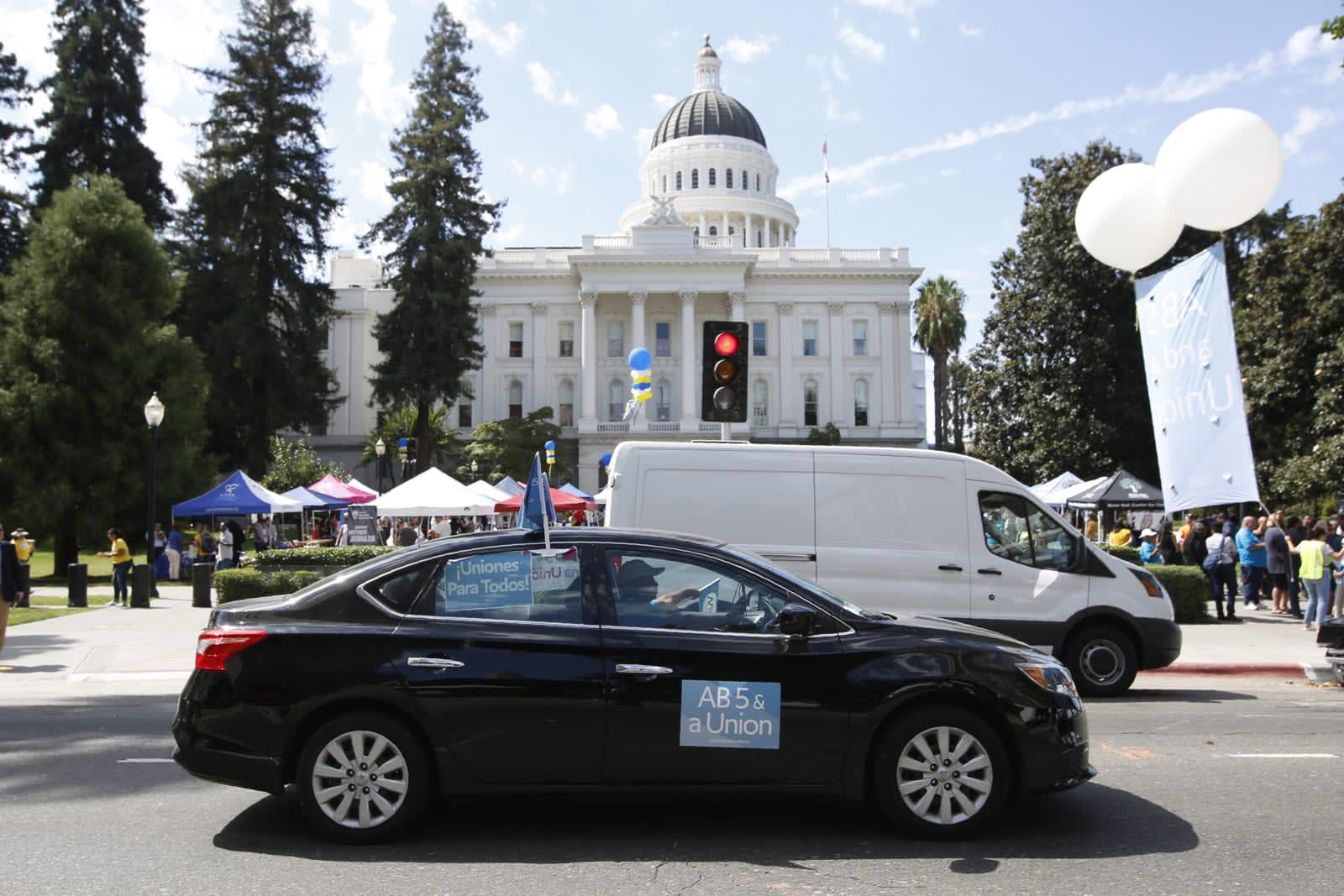 It didn't take long for tech companies to take legal action in hopes of thwarting California's gig economy labor law. Uber and Postmates have filed a lawsuit in an attempt to block AB5, which makes it harder for companies to define workers as contractors, just as it takes effect. They (along with two workers, Lydia Olson and Miguel Perez) claim the law violates both US and state Constitutions by denying the guarantees of equal protection. The companies alleged that the bill, and its sponsor Lorena Gonzalez, unfairly singled out the gig economy while letting other industries off the hook.

The two firms said there was "no rhyme or reason" to exemptions to the law, which allowed everyone from construction truck drivers to travel agents to avoid scrutiny. They also contended that some exclusions were "so ill-defined or entirely undefined" that you couldn't determine what was included.

When approached by Engadget for comment, Uber and Postmates pointed to posts from Olson and Perez explaining their reasons for backing the lawsuit. Both of them touted the flexibility of their contractor status as key to maintaining their lifestyles, while Olson claimed that the notion of gig workers being exploited was an "insult to our intelligence" and ignored the on-the-ground reality. Uber also said it was relating the case to another lawsuit from freelance journalists mounting a similar constitutional challenge.

In the past, companies dependent on gig workers have frequently argued that laws like this hurt flexibility for workers by potentially mandating work hours and schedules. They've called for a "thoughtful solution" (as Lyft put it) that strikes a balance between that flexibility and labor benefits. Uber also argued that AB5 doesn't necessarily apply -- it claimed that its main business is the ridesharing platform it provides, not the actual rides, and thus that drivers should remain contractors.

Not that the government is likely to be easily swayed. AB5 supporters have contended that companies like Uber and Postmates use that contractor status as a way to dodge common labor obligations and reduce pay. And while there are advantages to the flexibility of contract work, AB5 backers have argued that workers who depend on gig work for their main livelihoods frequently struggle to make a living or cope with emergencies. Gonzales and allies see this as an attempt to restore labor rights eroded in the gig economy era, and they're unlikely to concede willingly.

Source: Bloomberg
Coverage: Lydia Olson (Facebook), Postmates (Medium)
In this article: california, employment, gear, gig economy, internet, labor, labor laws, labor rights, lawsuit, politics, postmates, services, transportation, uber, work
All products recommended by Engadget are selected by our editorial team, independent of our parent company. Some of our stories include affiliate links. If you buy something through one of these links, we may earn an affiliate commission.