Two-way communication, precision timing and up to 32-bits of resolution.

About 35 years after the MIDI 1.0 Detailed Specification was established, instrument manufacturers voted unanimously on January 18th to adopt the new MIDI 2.0 spec. So what's changing for audio interfaces? The "biggest advance in music technology in decades" brings two-way communication, among many other new features while remaining backwards compatible with the old spec.

Companies like Roland, Native Instruments, Korg and Yamaha are part of the MIDI Manufacturers Association behind the update, and we've already seen Roland's A-88MKII keyboard that will be ready for the spec when it goes on sale in March. 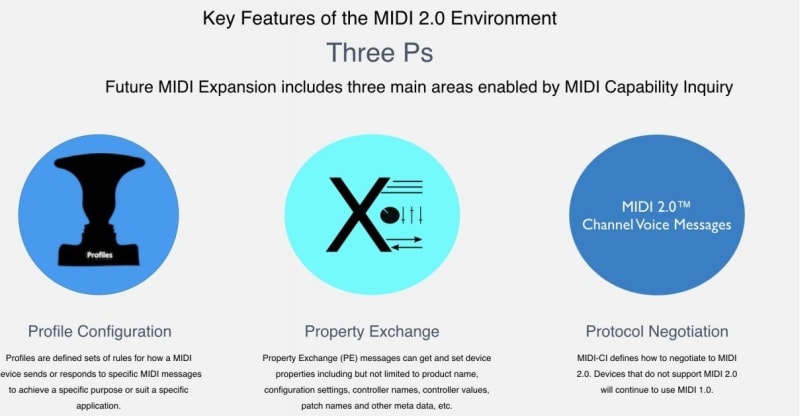 And it's about time for a new standard, while the 5-bit DIN cables used in the 1980s couldn't handle high resolution audio, the MIDI 2.0 spec is ready for any digital connector you'd like to use, and will start by targeting USB ports. That allows for far more accurate timing, and far more resolution by upgrading messages from seven bits to as much as 32-bit.

It should also make instruments easier to use, with profiles that will automatically set up gear for its intended use and a feature called Property Exchange that uses JSON (JavaScript Object Notation) to send over more detailed configuration info. You'll spend less time shuffling through presets and more time simply making music, plus some of these features can be used even on older MIDI 1.0-spec hardware. As Reverb.com notes, there's still room for improvement on things like networking multiple devices, but it represents a massive upgrade over the old standard, and will be useful for anyone trying to make a Grammy-winning album, whether it's in their bedroom or a fully-kitted studio.