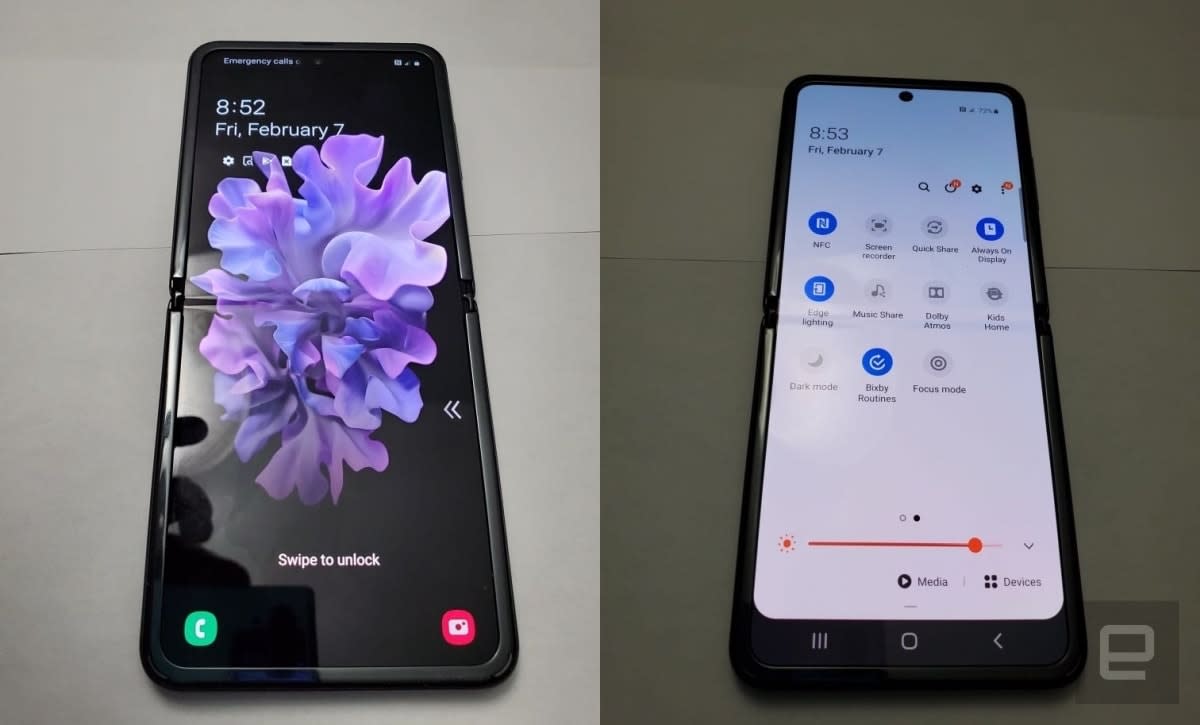 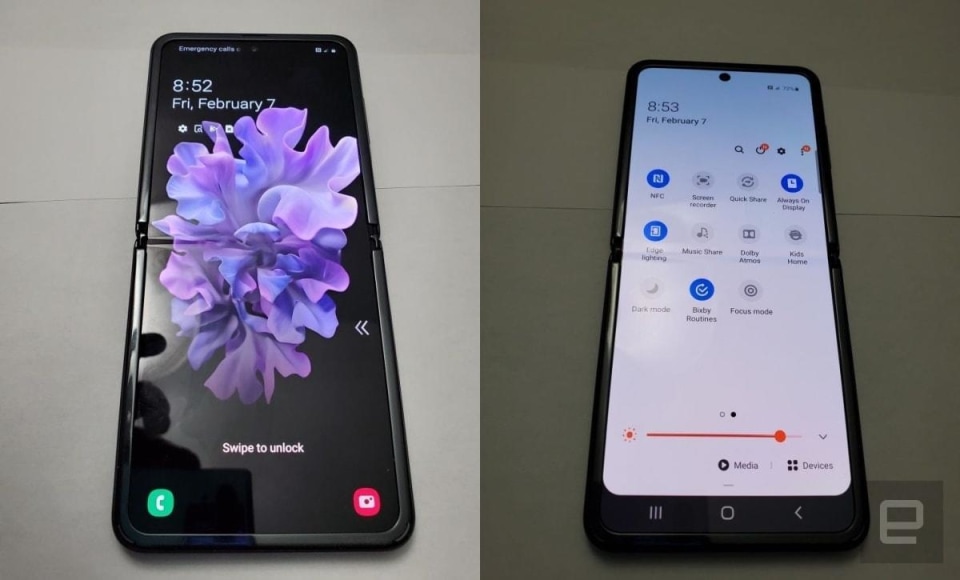 With just a few days left until Samsung's big Unpacked event, we've received images from a tipster purporting to show off the company's next foldable phone. While renders and a brief video of the Galaxy Z Flip have leaked before, these pictures show the device clearly, sitting both folded and unfolded. When it's closed, you can spot the dual-lens camera and next to it an external display for the time and other small notifications.

Open, its 22:9 aspect ratio is obvious -- as is that crease in the middle -- while the narrow-but-tall device has plenty of space. Overall it's very similar to Motorola's reborn Razr, but minus the massive chin. Pictures we've received reveal its model number will mark it as the SM-F700U, while earlier leaks have suggested specs including a a 6.7-inch, 2,636 x 1,080 screen, Snapdragon 855 Plus, 8GB of RAM and up to 256GB of storage.

It's also supposed to use extra-thin glass instead of plastic for the screen, and hopefully that vertical hinge will be easier to manage than the Galaxy Fold was. Multiple leaks suggests that the hardware may be close to release and there have been rumors suggest it could go on sale in some regions by Valentine's Day for about $1,400 -- that's pricey, but still less than the new Razr. Check back on Tuesday to find out more about when the Galaxy Z Flip will be available and for how much. In this article: exclusive, foldable, Galaxy Z Flip, gear, mobile, MWC 2020, samsung, SM-F700U
All products recommended by Engadget are selected by our editorial team, independent of our parent company. Some of our stories include affiliate links. If you buy something through one of these links, we may earn an affiliate commission.