The company told 'Yonhap News' that it was an internal test gone wrong.

If you've recently received a mysterious notification on your Samsung Galaxy device, you're not alone. The tech giant has blasted Galaxy phone users worldwide with a Find My Mobile push notification that simply says "1." That's it -- just "1." I personally got it on a Samsung Galaxy S8+ and a Galaxy A50S, and for both devices, clicking it did nothing. At least nothing that I could see: It didn't fire up the application and offer any explanation of what it could mean. 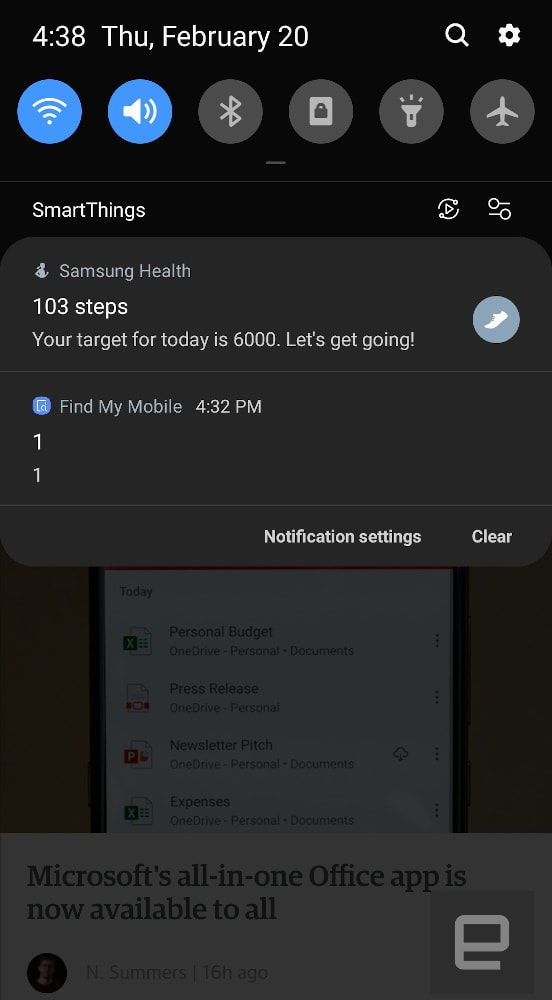 Some people reported seeing a spike in battery usage by the Find My Mobile app, but that wasn't the case for me. According to Twitter user Audrey Heather, a Verizon rep told her that Samsung "accidentally sent out" the push notification. We've also reached out to the company for a statement to assuage the fears of those who think they were hacked. Samsung has yet to get back to us, but it told Korean publication Yonhap News that it was an internal test that went wrong and that it doesn't have any effect on recipients' phones.